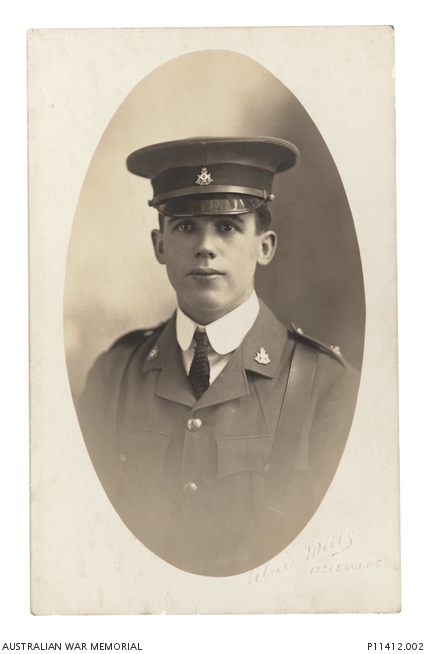 Studio portrait of 19803 Gunner (Gnr) Samuel Joseph Jones, 8th Field Artillery Brigade (FAB). Gnr Jones, a clerk from Fitzroy, Victoria, enlisted on 4 November 1915 and embarked from Sydney aboard HMAT Medic (A7) on 20 May 1916. He served in France where he was wounded and then sent to England to recover. He then returned to the Western Front where he was again wounded and died on 25 October 1917. Gnr Jones was buried in the Wimereux Communal Cemetery, France. Gnr Brooks is shown in his pre-war uniform uniform of a Second Lieutenant in the 60th Battalion Citizens Forces (Brunswick-Carlton). The unit's unique badge is worn prominently on his collar and cap.