"Tell England. Landing of our Marines. Note the Dead lying on the barge." Royal Marines re-enact ... 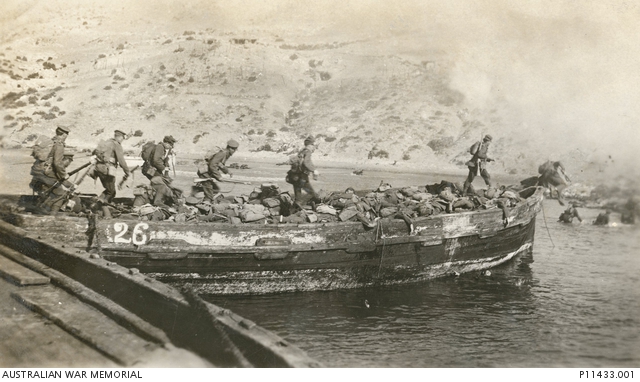 "Tell England. Landing of our Marines. Note the Dead lying on the barge." Royal Marines re-enact the Gallipoli landing in the British movie "Tell England", alternative title "The Battle of Gallipoli". The movie was based on the book "Tell England: a study of a generation" by Ernest Raymond. The actors in the movie were British, however the film features Australian characters and the landing of Australian soldiers. The Australian government lent Australian military uniforms to add to the authenticity. When screened in Australia the film received enthusiastic newspaper reviews indicating the interest of the Australian audiences in the representation of Australian soldiers at Gallipoli. The Gallipoli scenes were filmed at Malta.