Studio portrait of three officer of the 23rd Battalion who all embarked together from Melbourne ... 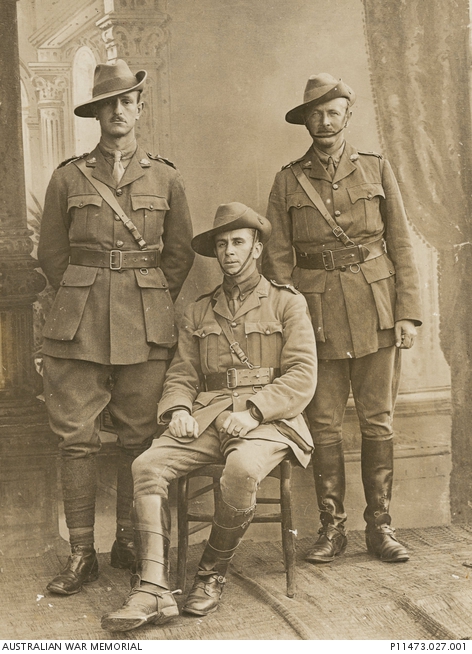