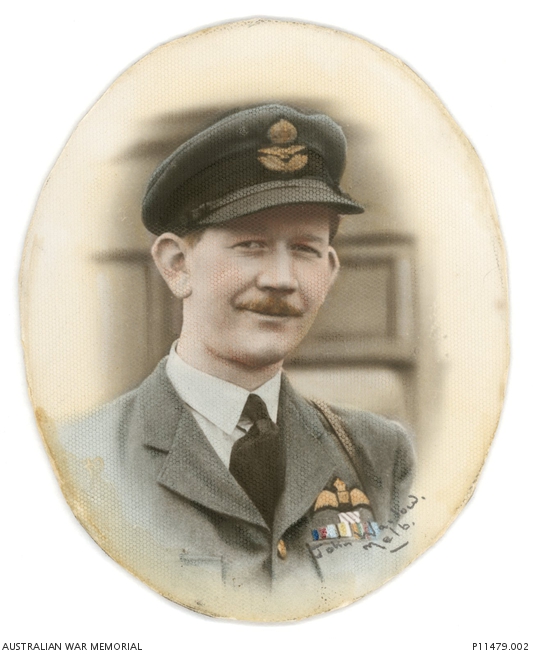 Portrait of 40674 Flight Lieutenant John Reynolds Cock DFC, 87 Squadron RAF. PO Cock, from Renmark, SA, sailed to England to join the RAF in 1938 on a short-service commission. He was posted to France as part of the Advanced Air Strike Force, where, following the start of hostilities he made five confirmed kills, becoming the first Australian pilot to shoot down an enemy aircraft in the Second World War. Over England on 11 August 1940 he destroyed a Junkers 88, before being shot down in flames himself. Wounded, he escaped his plane by parachute and managed to swim to shore near Portland Bill, Dorset. Three months later, when he was awarded his DFC, he had seven confirmed victories. He served with the RAF until he returned to Australia in 1948.