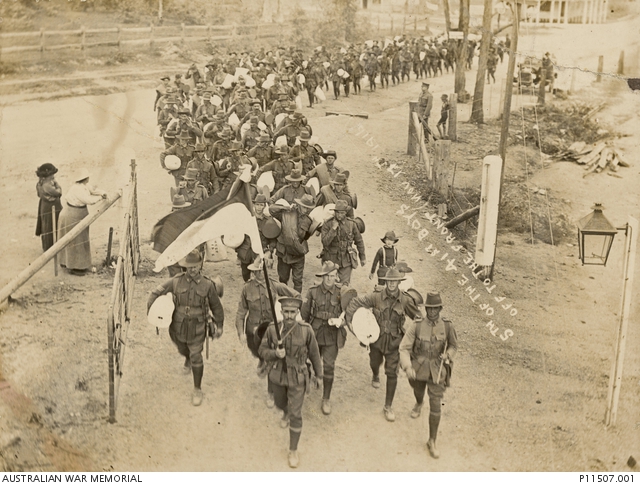 "The 5th of the 41st boys off to the Front (Nov 17th 1916)". Members of the 5th Reinforcements, 41st Battalion pass a small number of spectators during their embarkation march to board HMAT Kyarra (A55) at Brisbane. The 41st Battalion was formed at Bell's Paddock Camp in Brisbane in February 1916. This photograph relates to the service of 2690 Private Jacob James Grisinger who embarked with these reinforcements. With the rank of Lance Sergeant he was killed in action in France on 27 August 1918, aged 23.