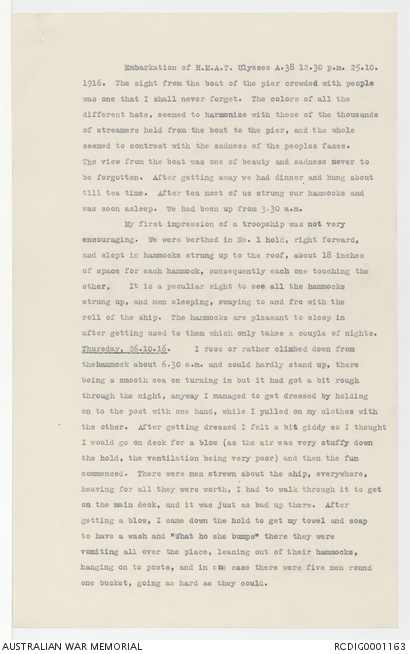 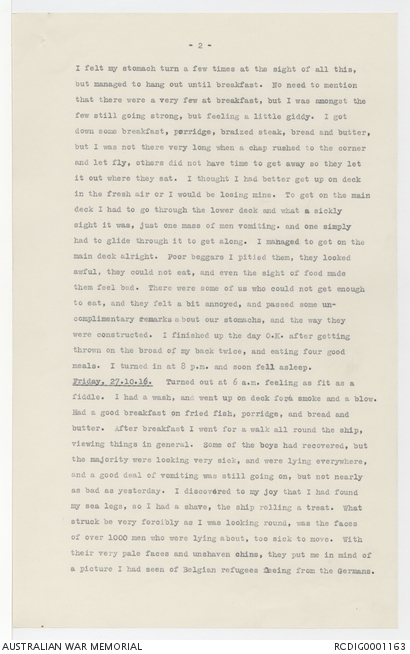 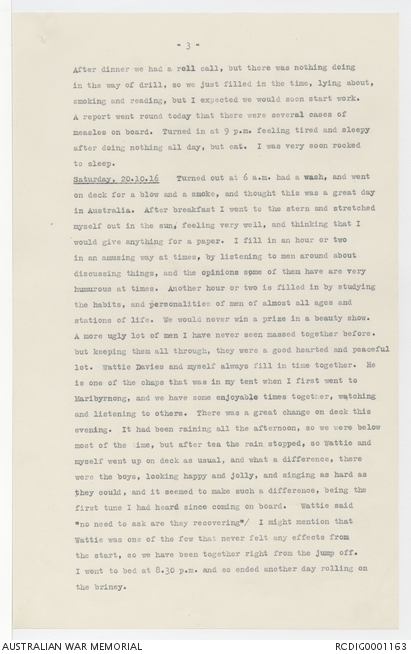 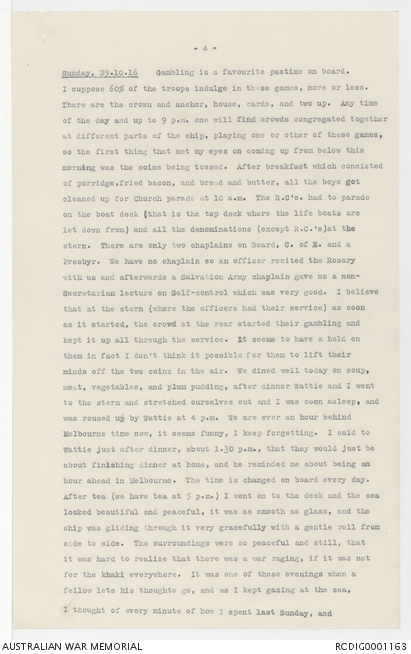 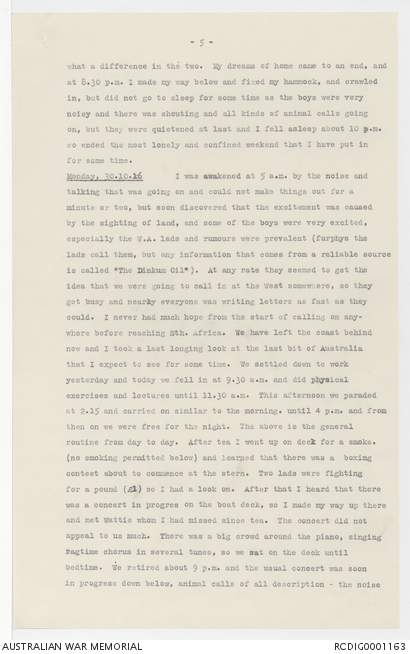 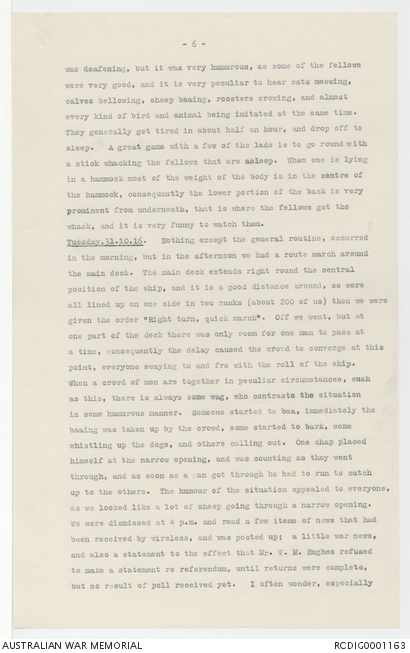 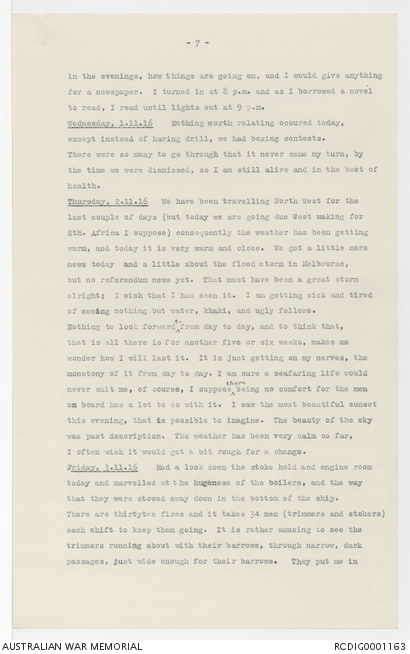 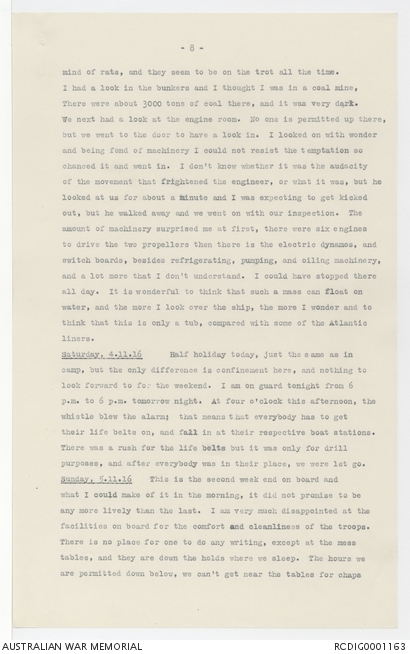 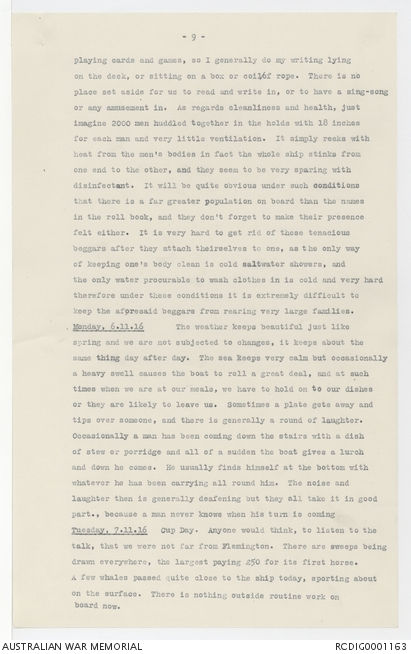 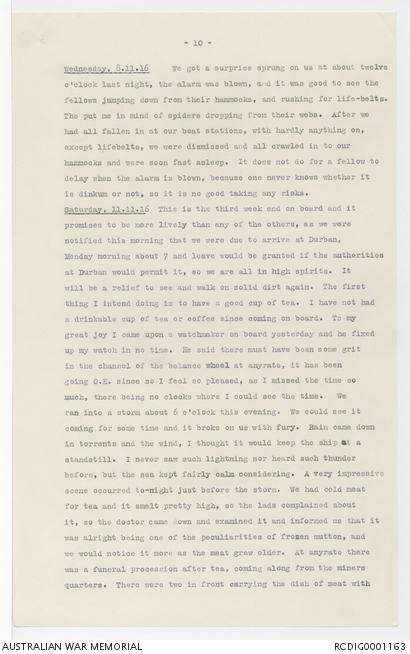 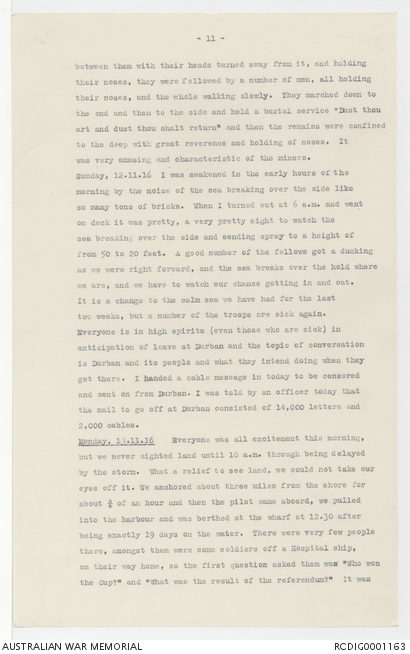 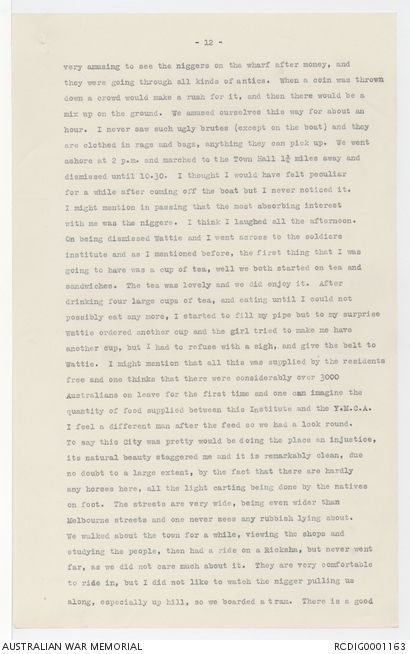 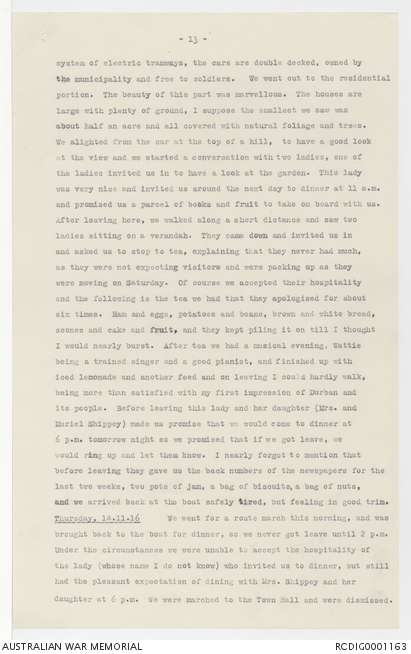 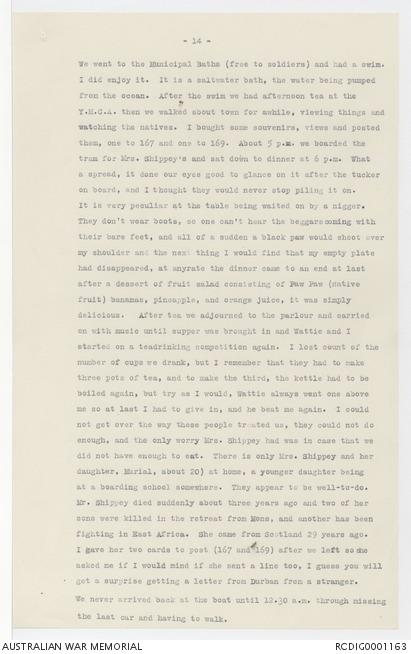 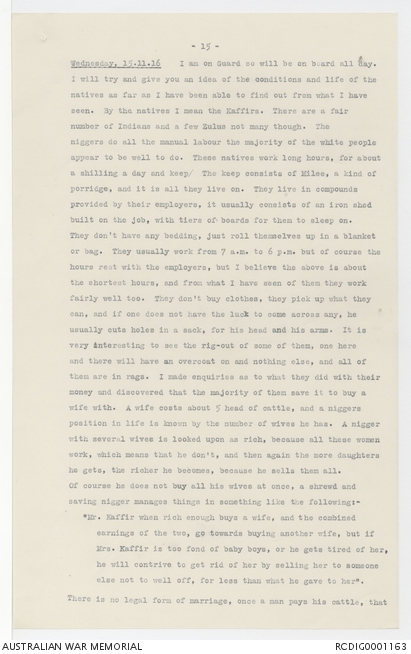 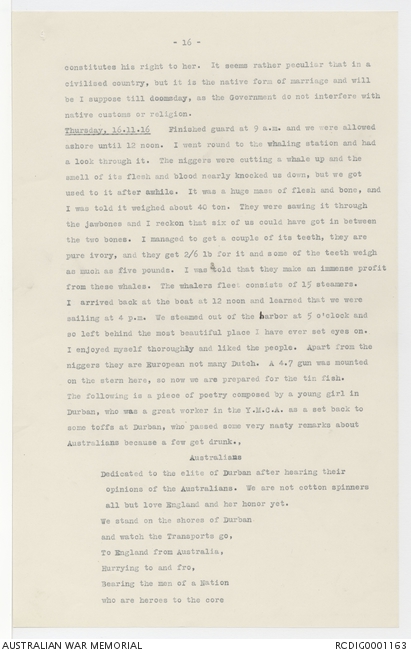 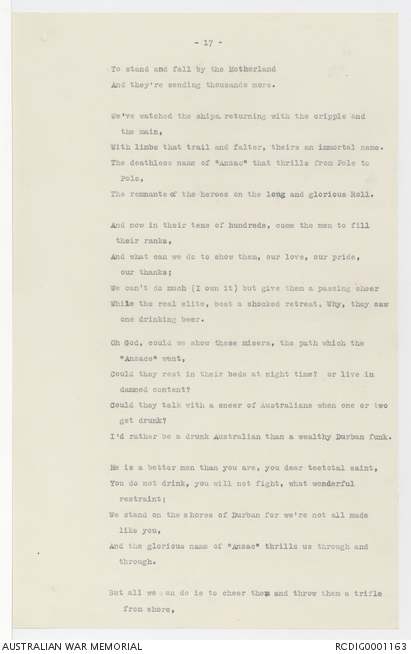 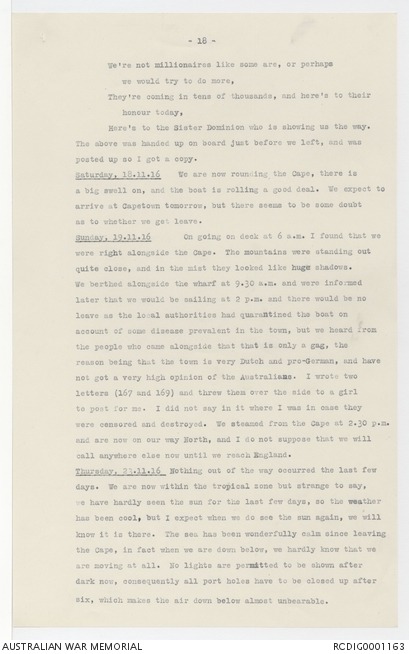 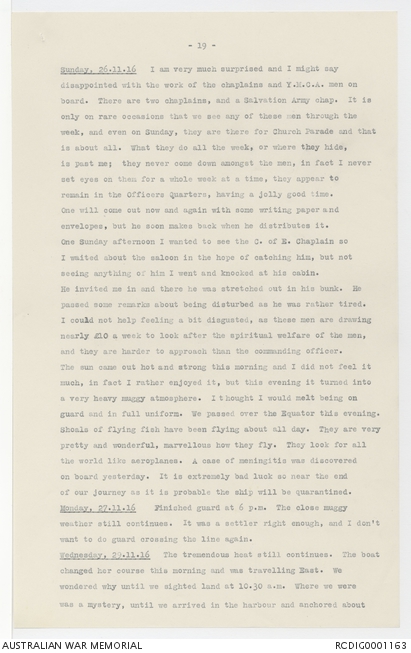 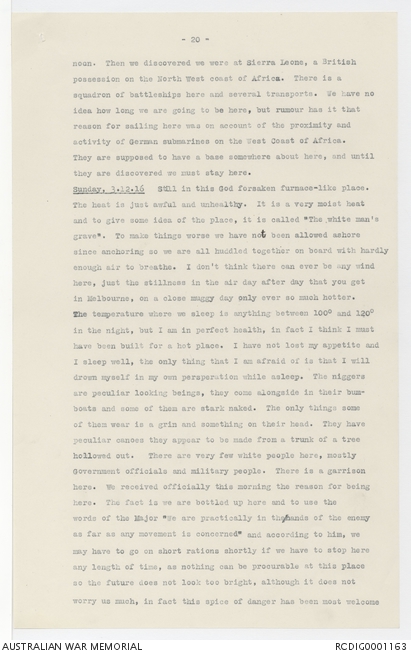 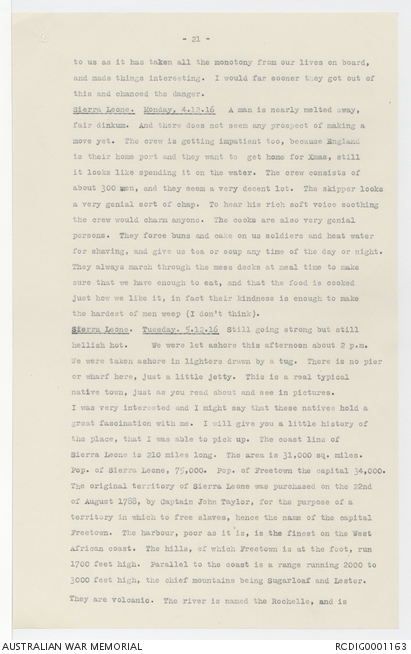 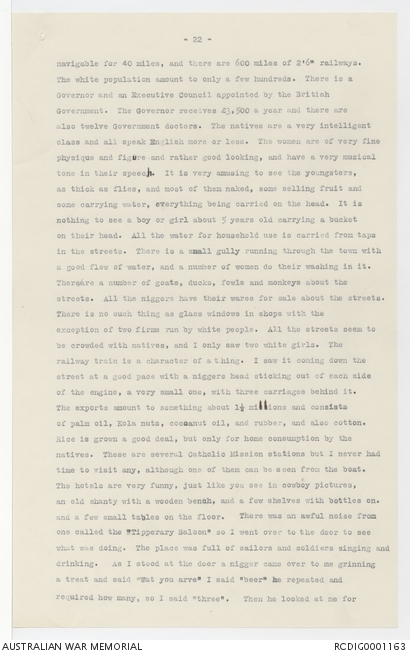 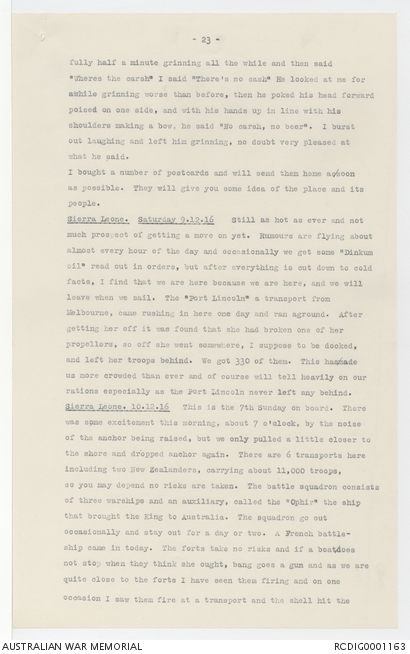 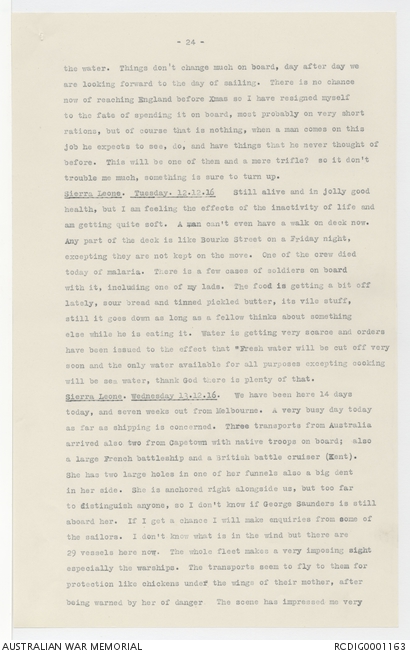 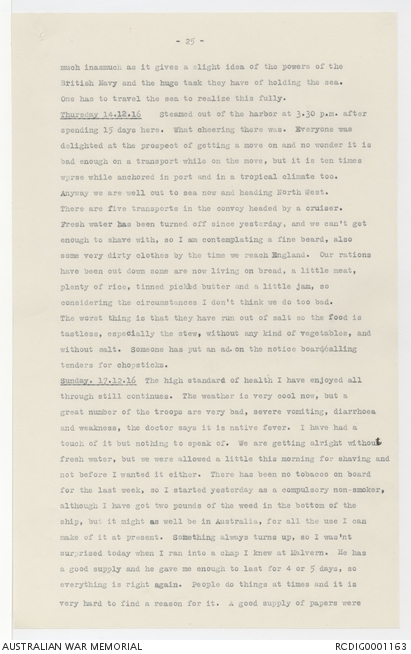 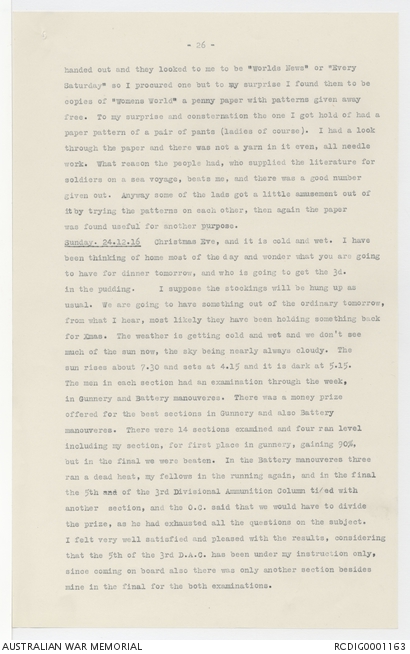 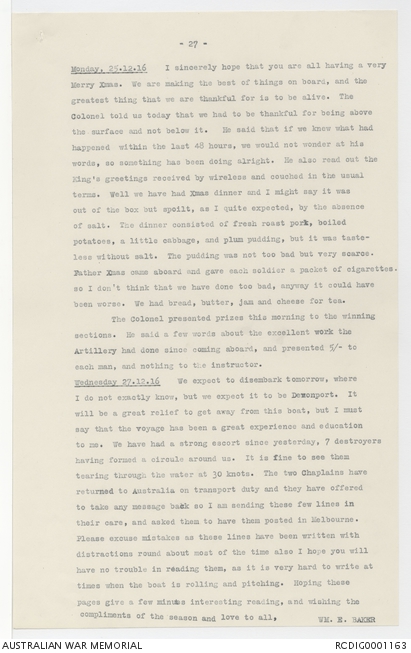 Typescript copy of diary relating to the First World War service of 28471 Gunner William Emanuel Baker, 3rd Divisional Ammunition Column. This typescript copy of Baker’s 1916 diary was made by the Australian War Memorial in 1927. In this collection of diary entries from October through December 1916, Baker details his voyage from Australia to England and articulates his experiences in great detail and his account is interspersed with many humorous anecdotes and observations.

This diary covers: his embarkation from Melbourne on the troopship HMAT Ulysses; life aboard the troopship including the seasickness and the lack of comforts and facilities available on the ship; the activities on the ship including singing, games and gambling; the stop Durban in South Africa and his shore leave and interactions with the locals; a poem written about the Australians by a local girl from Durban; his displeasure at the heat and inactivity whilst the ship is confined to port in Sierra Leone; the kindness of the crew in helping alleviate boredom; Christmas at sea and Baker describes the celebration; the incident where he accidentally purchases a magazine of needlework patterns for a pair of ladies pants. Baker's last entry is for 27 December 1916, the day before the ship would dock at Plymouth in England.