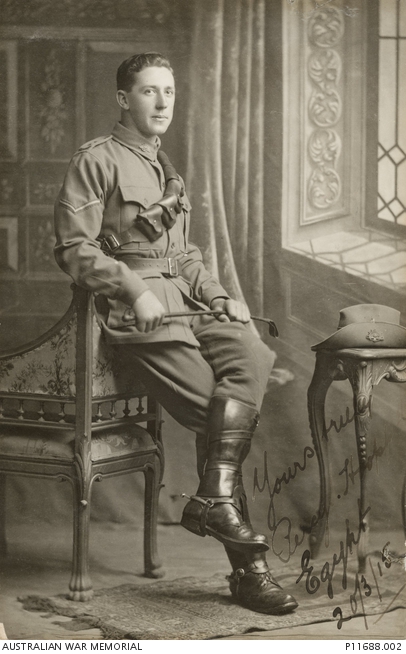 Studio portrait of 916 Gunner (Gnr) Percy Samuel Hoopell, wearing lance bombardier's stripes on his uniform. Gnr Hooppell was a soldier in 21st Battery, Australian Field Artillery at the time of his enlistment. He embarked with the 4th Battery, 2nd Field Artillery Brigade, from Melbourne aboard HMAT Shropshire on 20 October 1914. With the rank of Bombardier, Hooppell was killed in action at Gallipoli on 30 May 1915, aged 19.