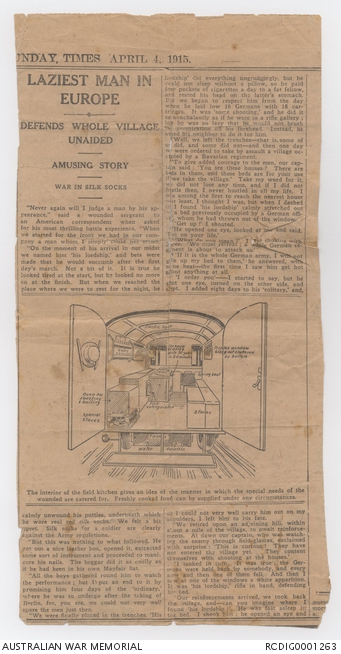 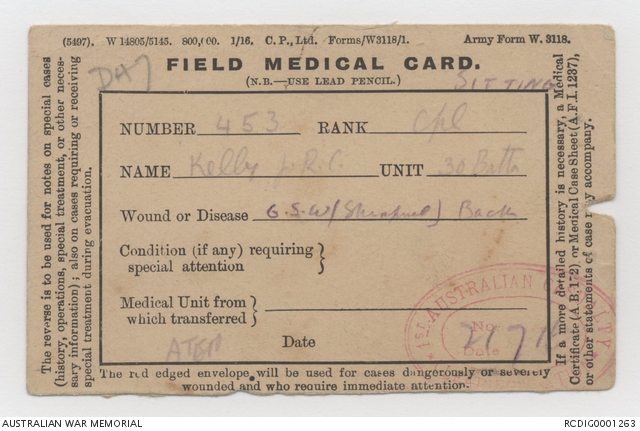 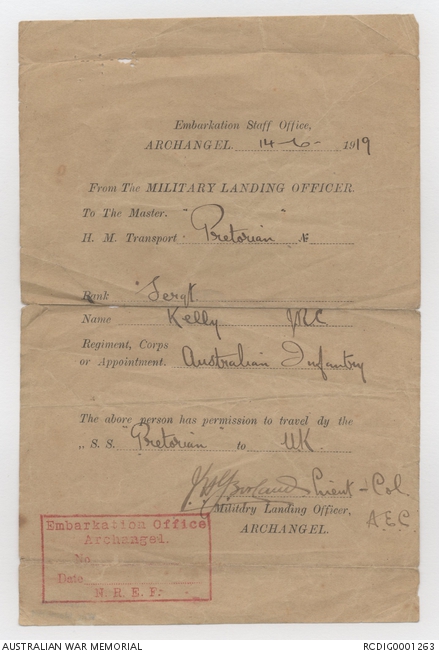 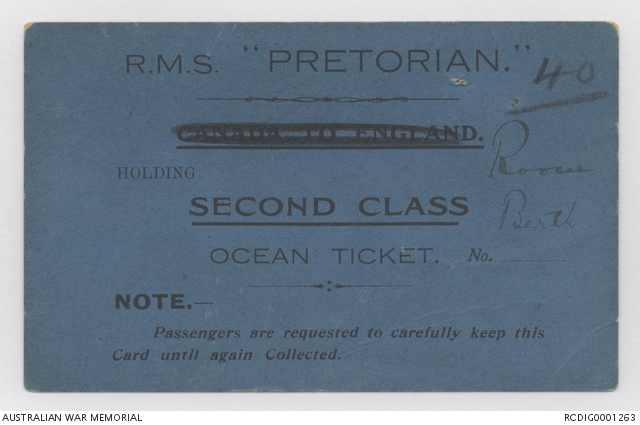 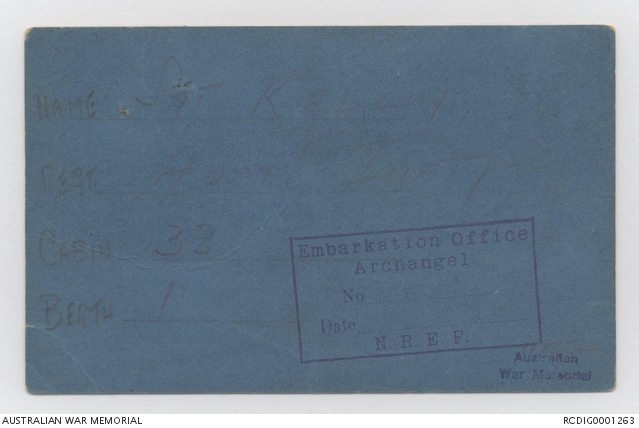 Newspaper cuttings and ephemera relating to the First World War service of Private John Robert Cowan Kelly, “Elope Force.” Included in this collection are two newspaper clippings, one detailing the riot that took place in Cairo on 2 April 1915 (named the battle of Wazzir), and the other detailing the story of a lone soldier that defended a village by himself (including a sketch of the interior of a field kitchen). Also included are a field medical card from the time when Kelly was with the 30th Battalion, and an embarkation form and ship ticket relating to his return journey from North Russia in June 1919.
This file contains:
Newspaper article titled “The Laziest Man in Europe,” Sunday Times, 4 April 1915;
Field medical card for 453 Corporal John Robert Cowan Kelly of 30 Battalion, 21 July 1916;
Newspaper article titled “The Battle of Wazzir,” 18 July 1918;
Embarkation form for travel of John Robert Cowan Kelly on HT Pretorian, 14 June 1919;
Second class ticket of John Robert Cowan Kelly for RMS Pretorian, [c. 1919].