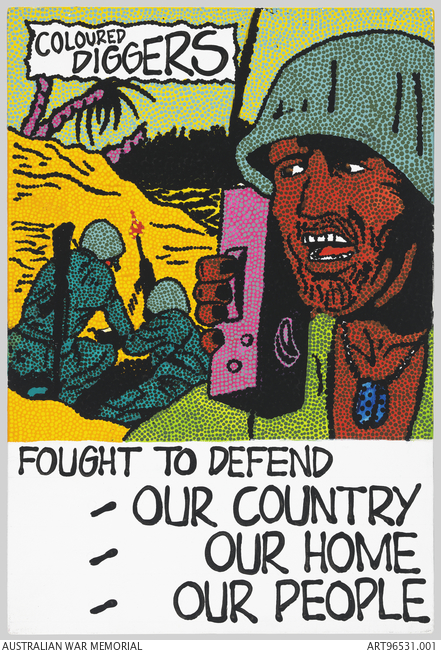 Panel one of 'Coloured Diggers' a four panelled painting exploring the social and political legacies of Indigenous military service during the Second World War, and specifically the lack of recognition felt by many following their repatriation. In this panel the artist has blown up a vintage Second World War era comic strip pixeltaing it in vibrant opposing colours and adding his own text in black paint. The image takes up the top two thirds with the title text ' Coloured Diggers' inscribed in the top left corner in black paint set within a white banner. Further text is positioned in the lower third also painted in black and set against a white background.