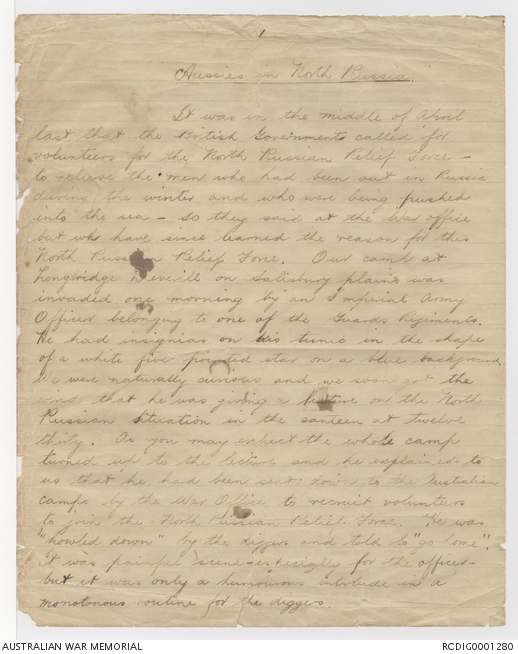 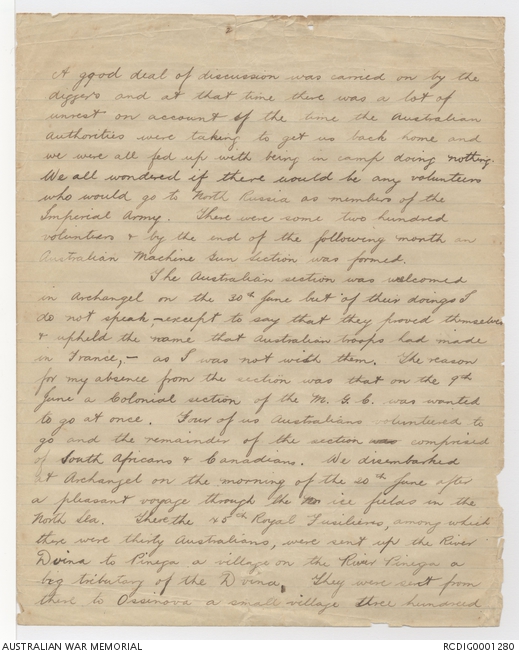 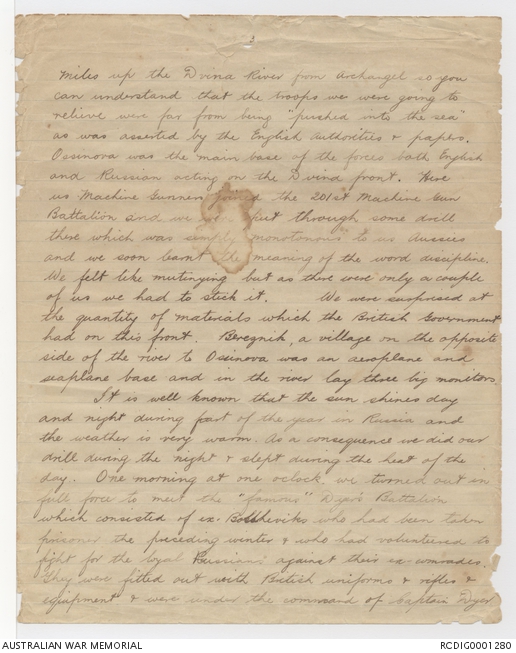 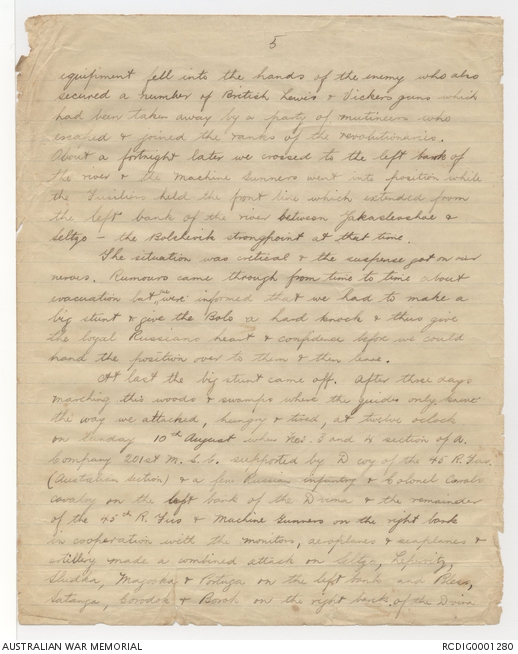 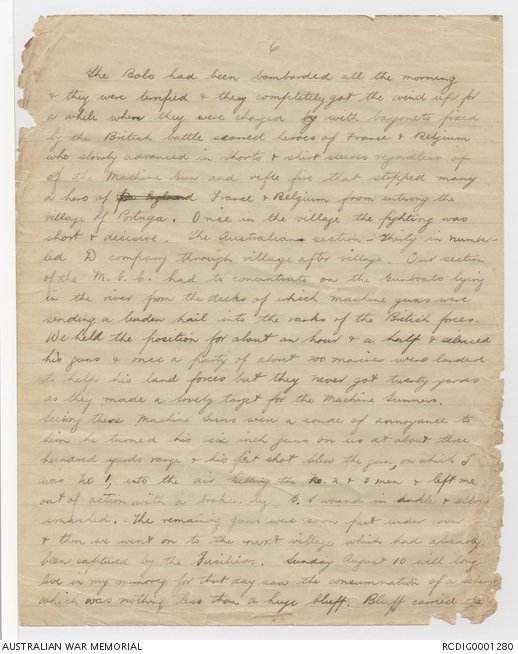 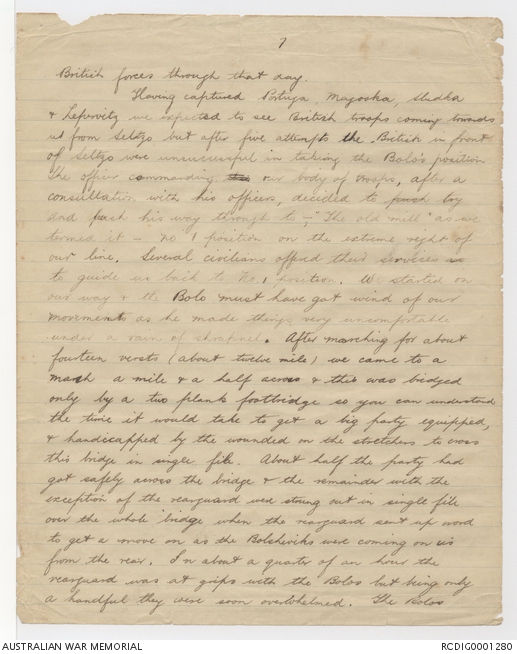 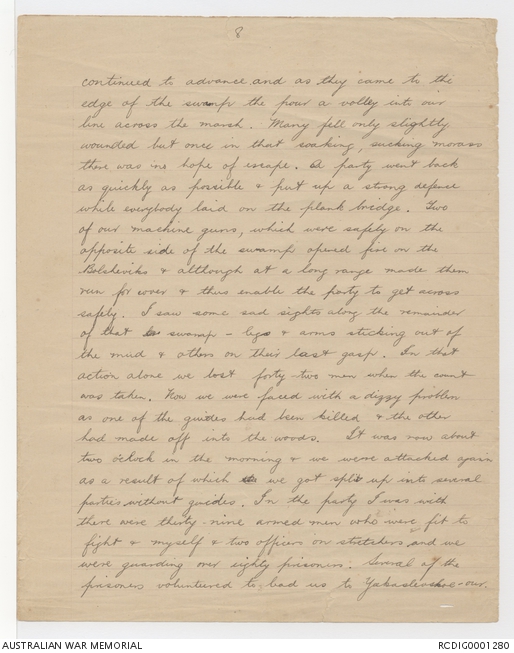 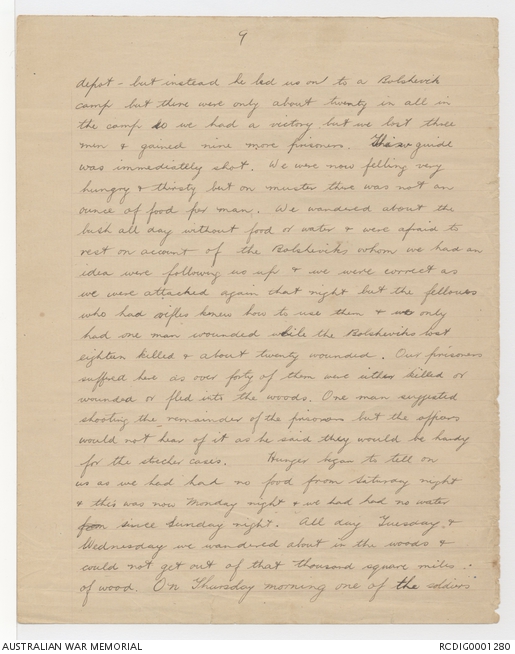 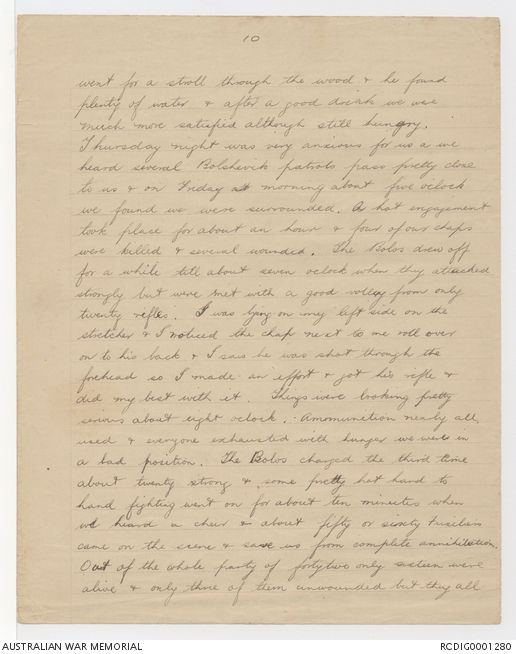 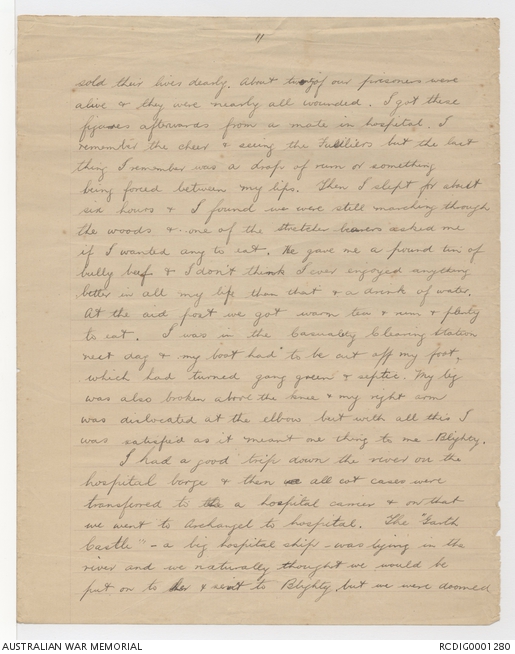 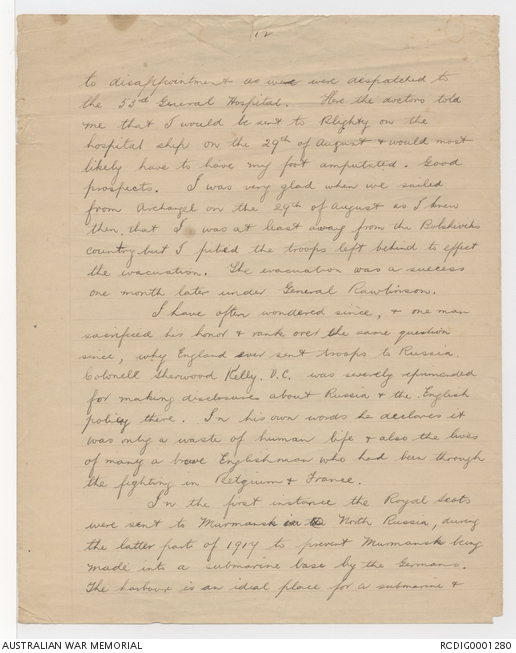 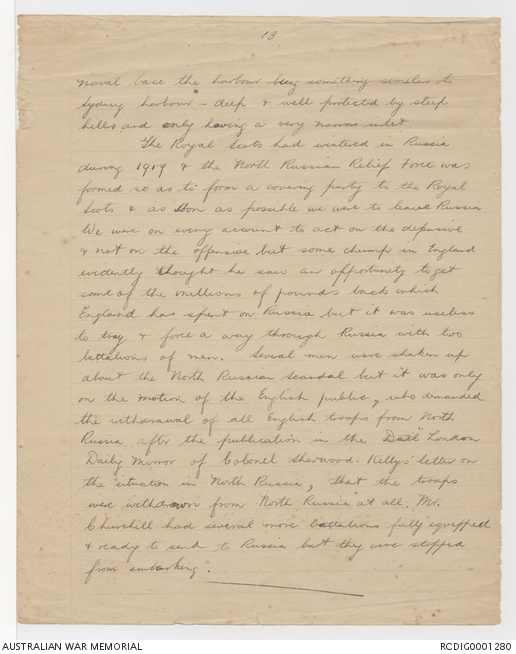 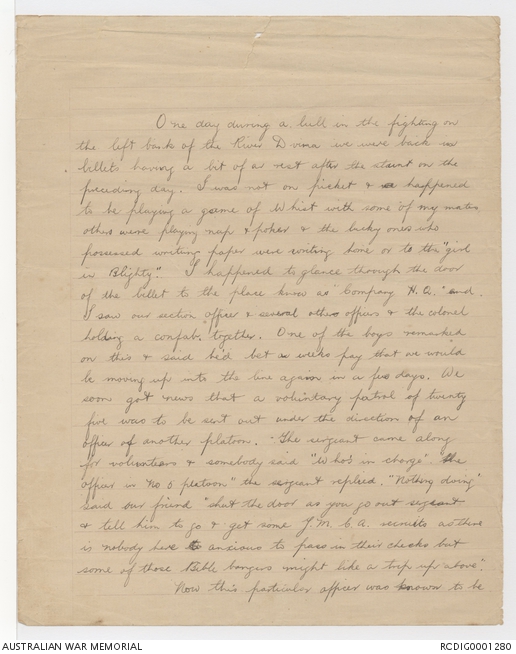 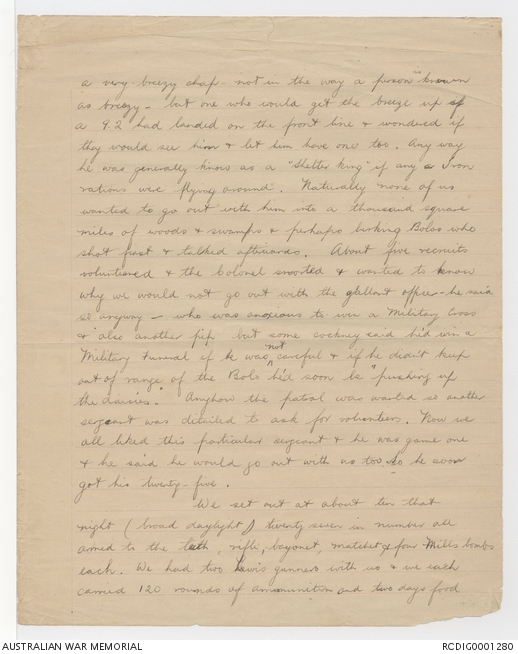 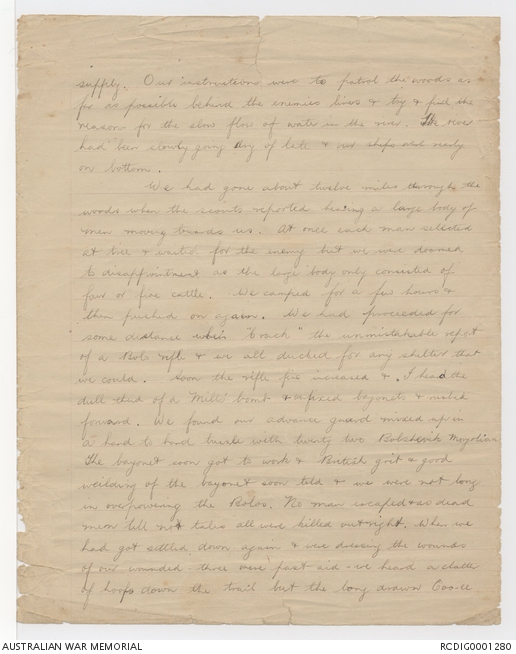 Memoirs relating to the service of 193042 Private Ernest John Clinton Heathcote (alias Frederick Manning Whatson), 201st Battalion, Machine Gun Corps, British Army, North Russia Relief Force, previously of the Australian Imperial Force. This handwritten account, titled ‘Aussies in North Russia’, covers the formation of the North Russia Relief Force in 1919 to extract the North Russia Expeditionary Force, the reception of Australian troops to the idea of volunteering for the Force, and the formation of an Australian machine gun section for the Force. After arriving in Arkhangel in June 1919, Heathcote writes of his service with a colonial machine gun section that also consisted of Canadians and South Africans. He notes that English authorities have exaggerated the situation in Russia, and writes of joining the 201st Battalion, Machine Gun Corps, at Ossinova. Heathcote recalls engaging in drills and training that almost caused the men to mutiny, and records weather and light conditions. He writes of Bolshevik prisoners who were recruited to fight, and the details of an attack on 10 August 1919 that he took part in which involved attacking Bolshevik forces in the left bank of the river Dvina, suffering significant injuries and wounds. Heathcote records the other injured and wounded from the battle, and the pursuit by Bolshevik forces, the men managing to evade their patrols in trying conditions without adequate food. After his arrival at a casualty clearing station and evacuation to England in August 1919, Heathcote writes of the successful evacuation of remaining forces organised by General Henry Rawlinson. He provides his personal reflections and criticisms of the campaign in North Russia and includes Lieutenant Colonel John Sherwood-Kelly’s public criticisms. Heathcote recalls Winston Churchill’s plan to send more units and the public pressure that led to the evacuation from North Russia. Included as an appendix is a short account of a mission Heathcote undertook which involved patrolling the woods behind the Bolshevik lines. There appears to be several missing pages, their location unknown.