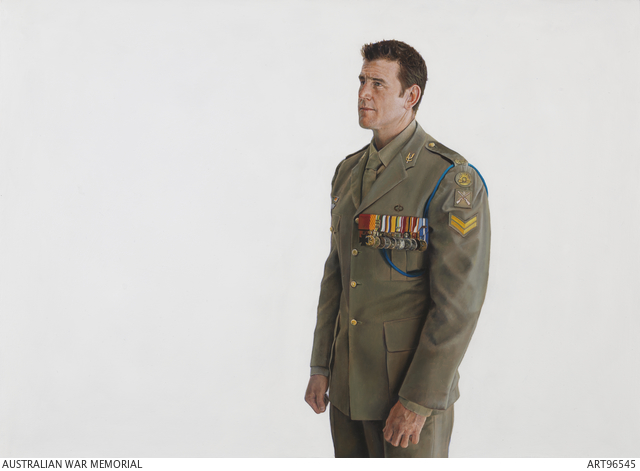 Michael Zavros was commissioned by the Australian War Memorial to paint Victoria Cross recipient Ben Roberts-Smith’s portrait. He created two portraits from studio sittings and each represent two different views of Roberts-Smith; one painted on an intimate scale in his formal uniform, the other larger than life-size in combat stance [ART96546]. Here he is represented as a solitary figure, as Zavros stated: “I like the idea that we see him momentarily isolated, at one with himself, potentially in a moment of reflection. Less the brave war hero, rather a man, singled out and celebrated. It is an honour that sits well on him at the same time that it sits heavily.”

Michael Zavros is a leading Australian artist whose work has been exhibited in major museums throughout Australia, New Zealand, Asia, and Europe. He has received numerous awards including the Bulgari Art Award and the Doug Moran National Portrait Prize.