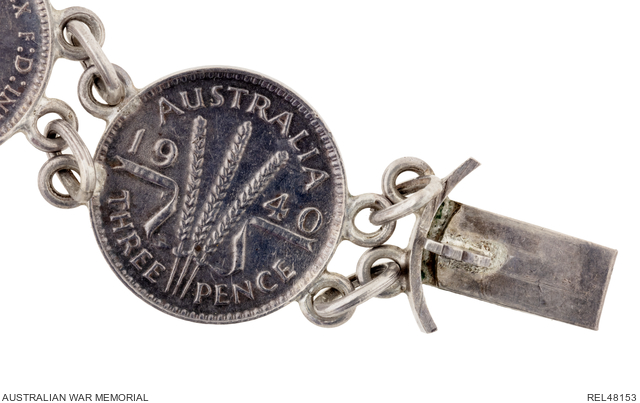 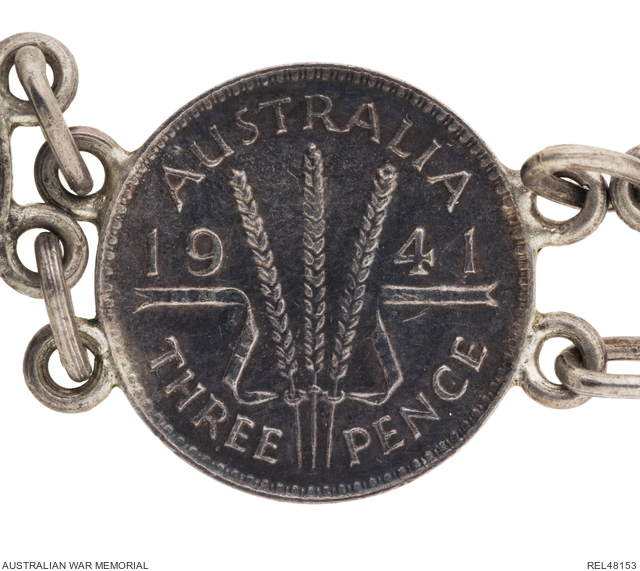 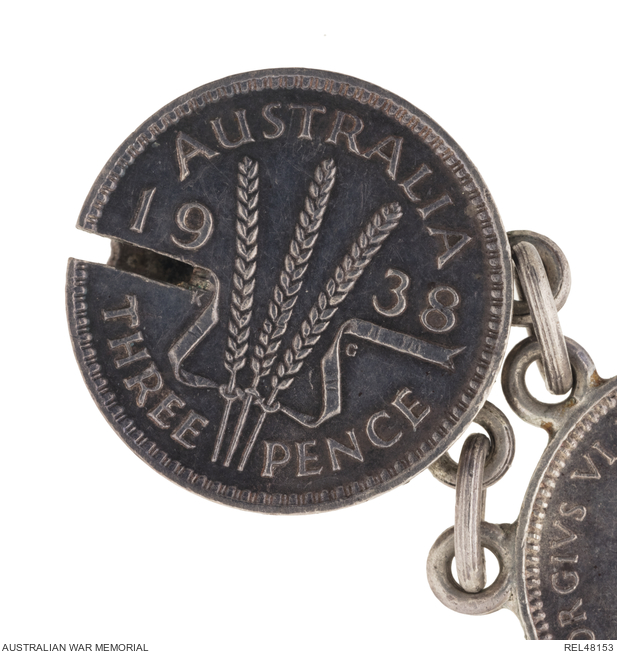 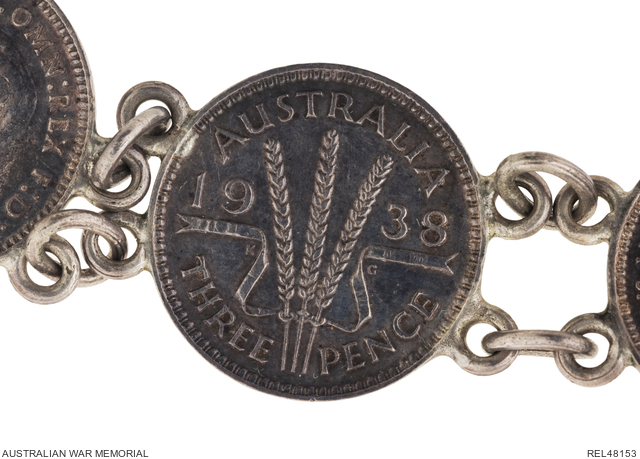 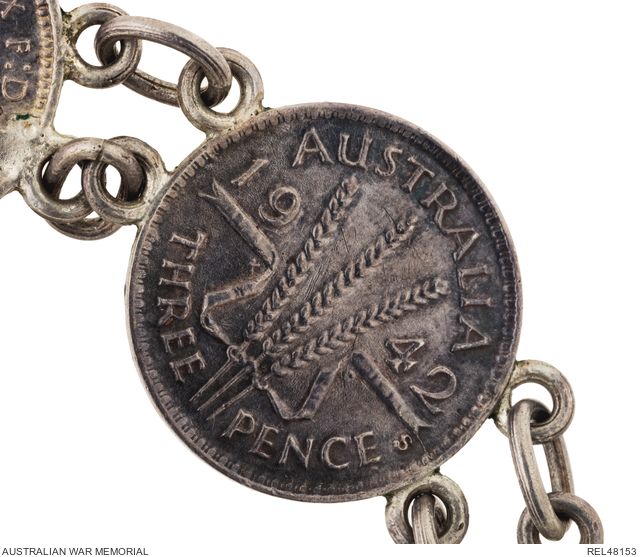 404432 Flight Lieutenant James Edward Holliday served as an observer with 458 Squadron RAF (attached to 104 Squadron), flying Wellington bombers over North Africa. Born in Brisbane in 1912, Holliday enlisted in the RAAF in August 1940. On the night of 7/8 August 1942 Holliday's aircraft suffered a port engine failure while on a bombing raid near Tobruk. Two minutes later the starboard engine failed. Flying at 3,000 feet, the aircraft was too low to allow the crew to bale out and the pilot made a crash landing in the desert about 30 miles south west of Sidi Barani. All survived the crash and began to walk. Almost 16 days later they were captured by the Italians near El Alamein on 23 August, and transferred to German custody.

Holliday was flown to Germany where he was imprisoned at Stalag VIIIB at Lamsdorf from 11 September 1942 until 16 March 1944, where he made this bracelet. He was among those prisoners who were shackled and chained for 22 weeks from 8 October in retaliation for the Allied raid on Dieppe. In March 1944 Holliday and his crew were transferred to Stalag Luft 3 at Sagan, and then to Marlag Nord at Tronstedt, from which they were liberated by the British 2nd Army in May 1945. Halliday was repatriated to Australia and discharged on 26 September 1945. He died in 1994.