Letter from Urban Stanley Billing to his wife, 1918 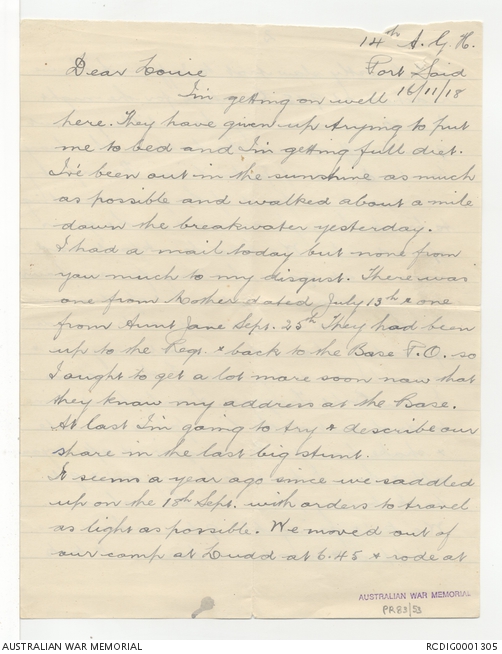 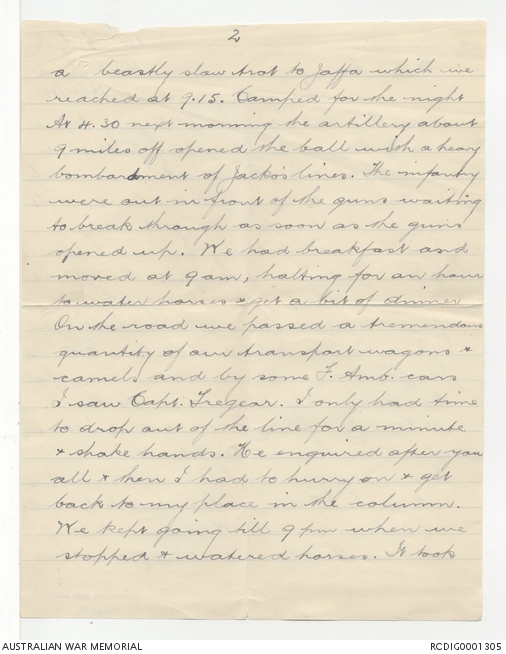 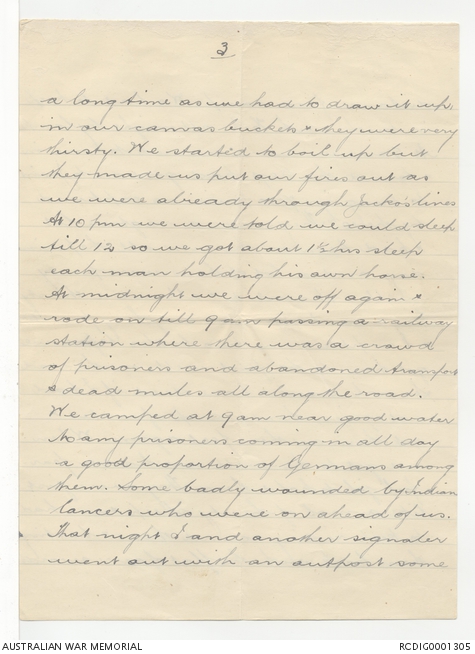 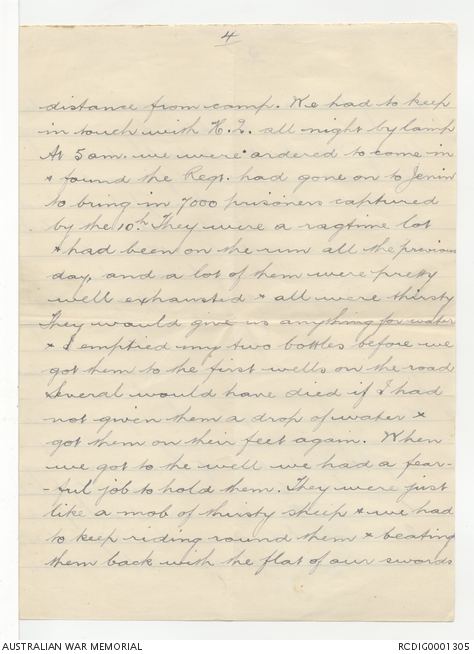 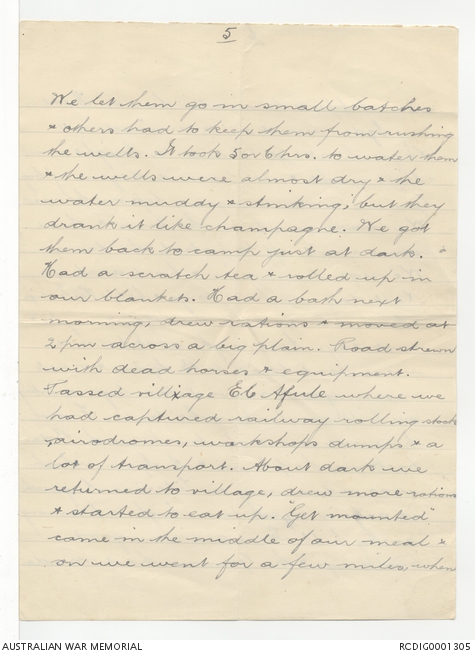 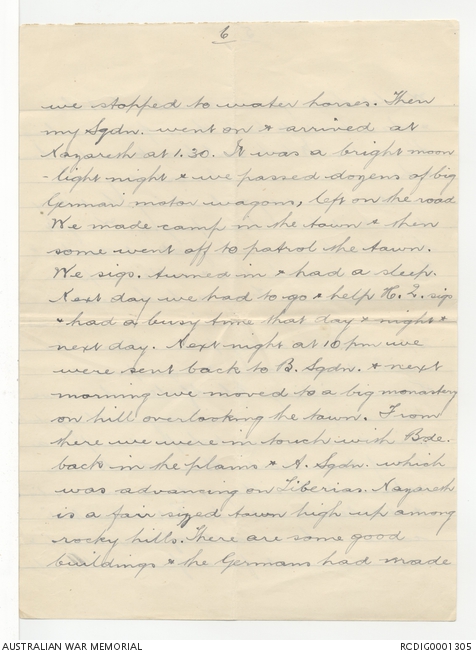 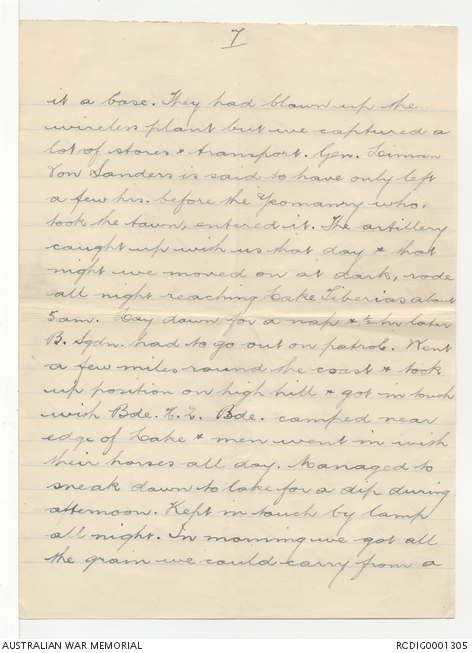 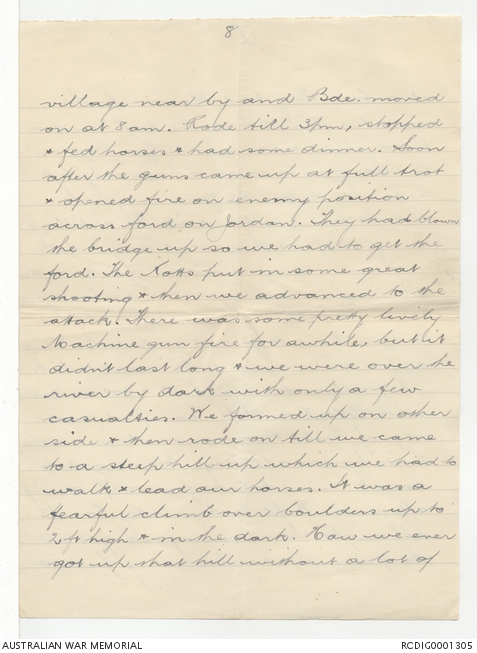 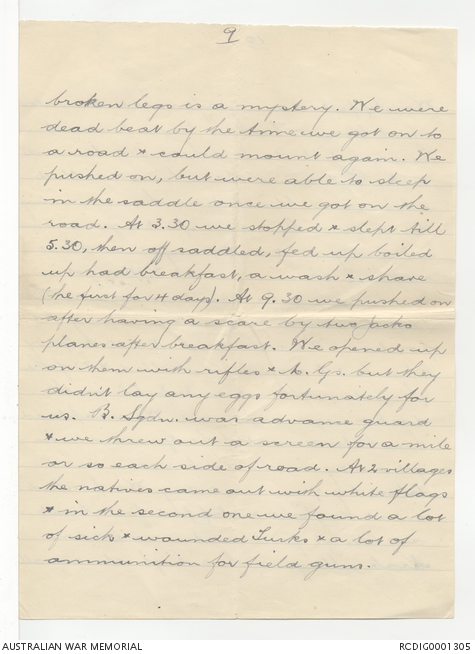 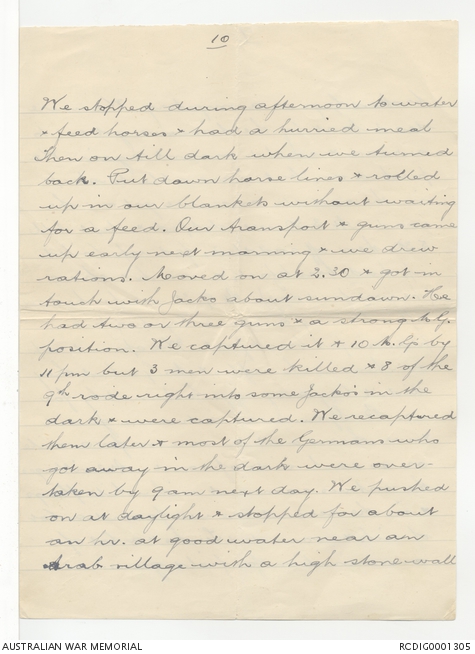 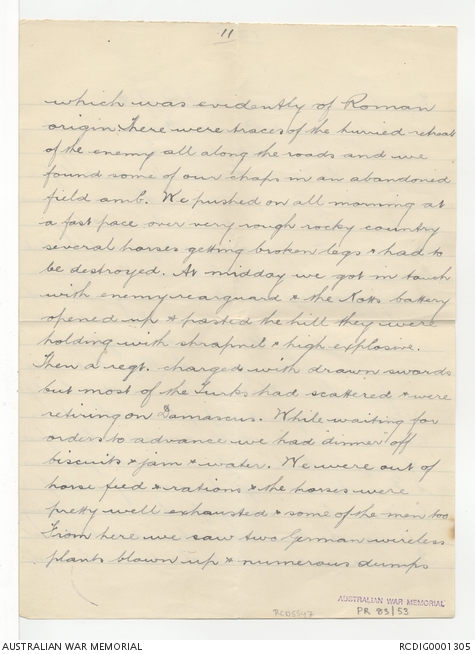 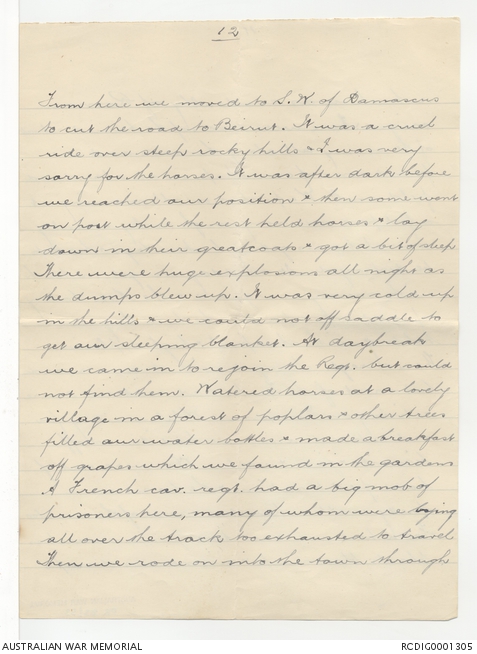 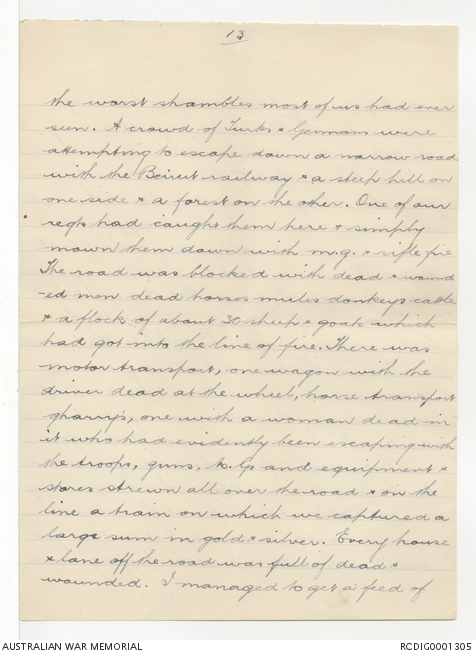 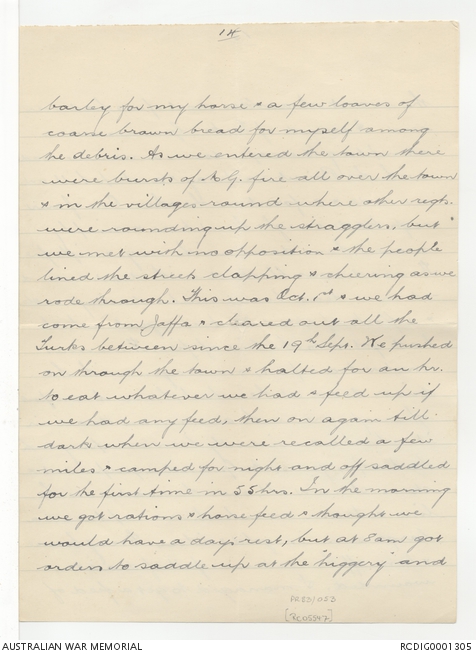 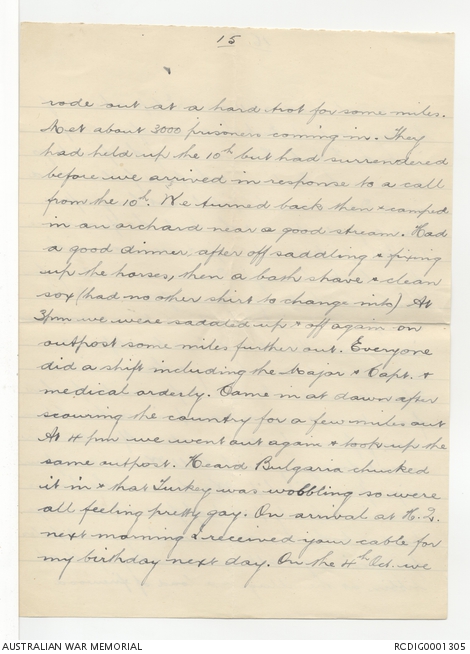 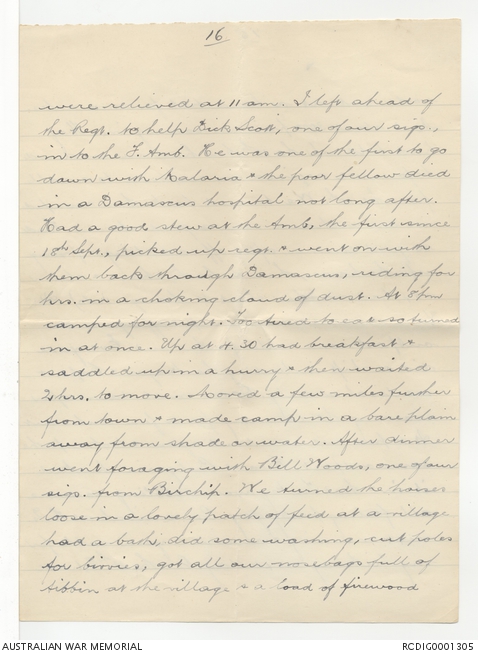 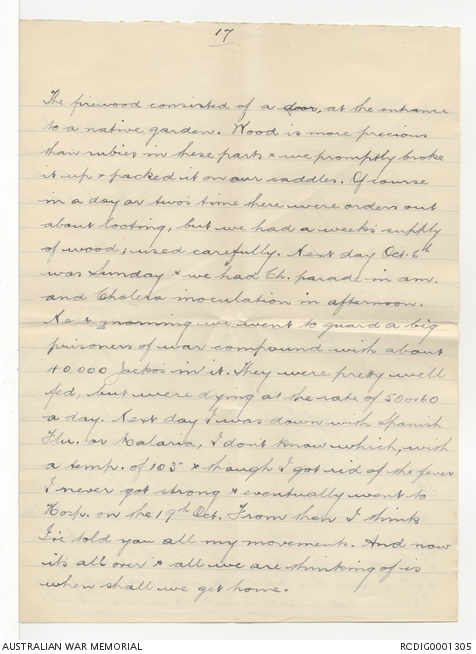 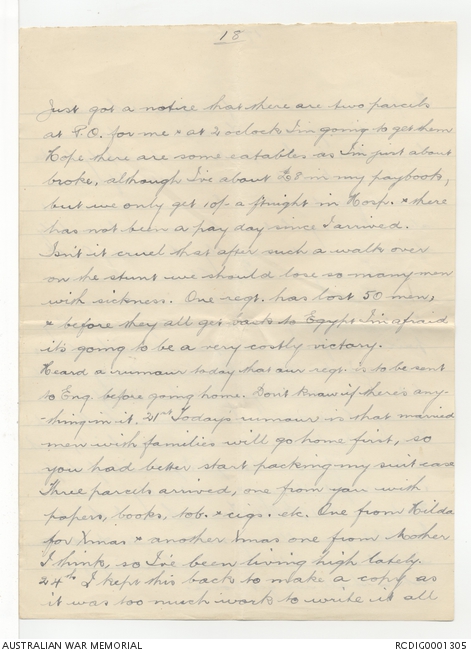 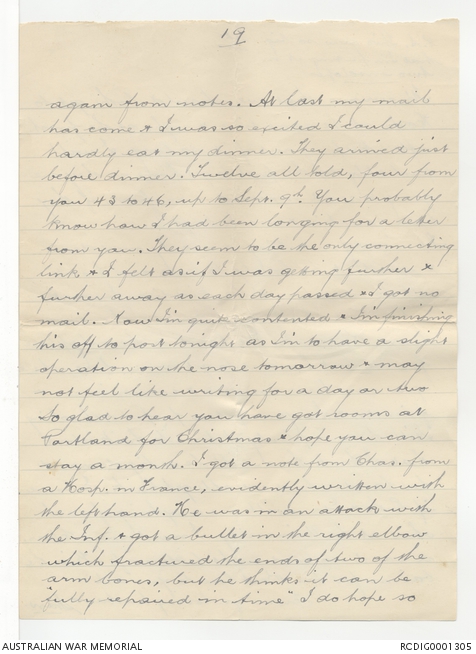 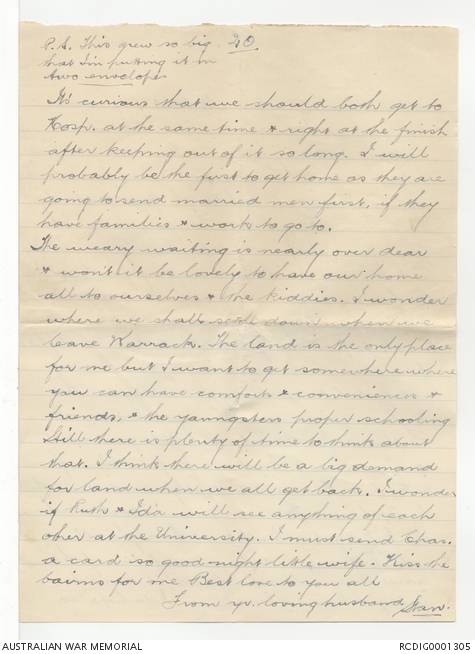 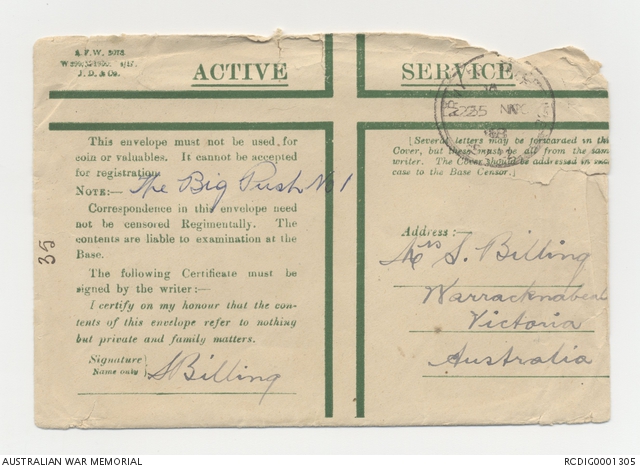 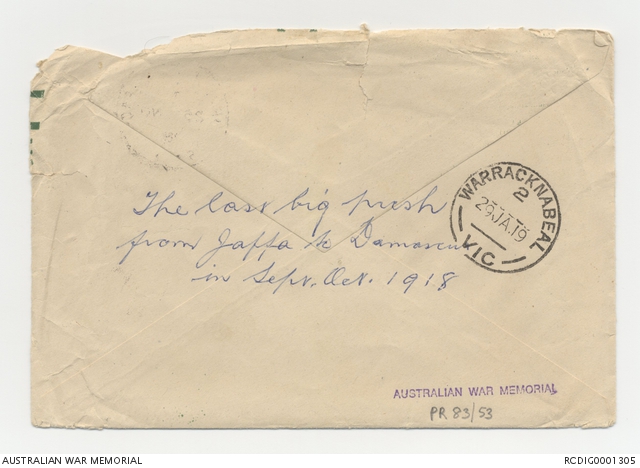 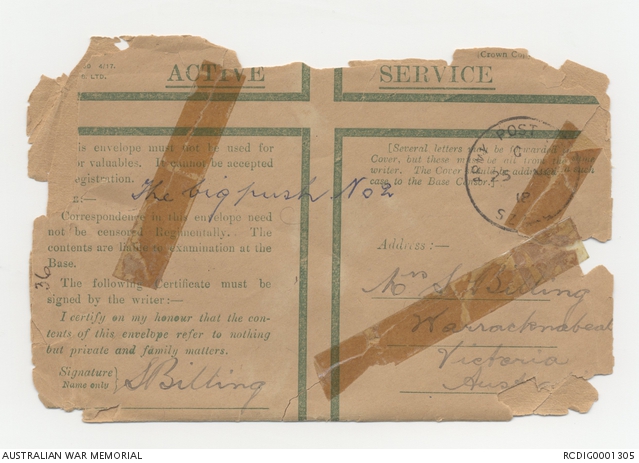 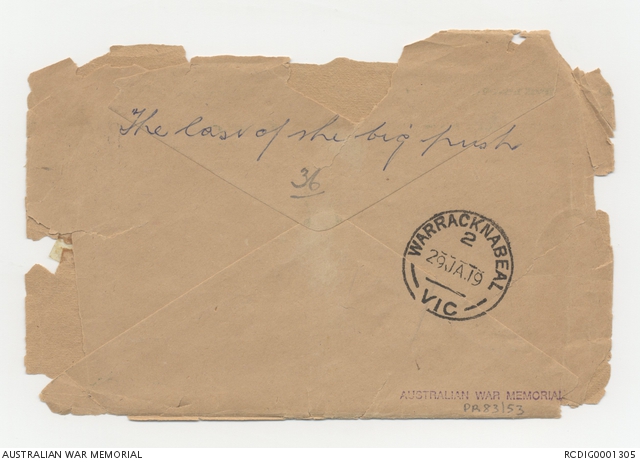 Letter relating to the First World War service of 3509 Trooper Urban Stanley Billing, 8th Australian Light Horse Regiment. The 20 page letter was written by Tpr Billing to his wife Louisa Billing on 16 November 1918 whilst he was a patient in 14th Australian General Hospital at Port Said in Egypt. The letter describes the big push from Jaffa to Damascus, when mounted troops under General Allenby crushed the 3rd and 4th Turkish Armies in September to October 1918. Also includes two envelopes. A post script to the letter states the letter grew so big he was posting it in two envelopes.