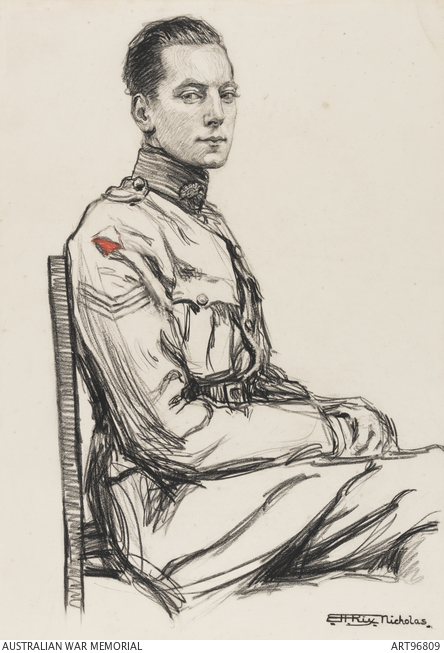 Stephen Francis Nicholas (b.1895) worked as a journalist prior to enlisting in 1916 along with his younger brother Athol. The brothers came out from Australia with 16th reinforcements attached to the 22nd Battalion on the "Nestor". On 28 February 1917 Frank was transferred into the 24th Battalion in France and suffered shellshock. He was invalided out in early 1918 and returned to Australia with Rix Nicholas. The artist did this portrait of Frank in full uniform in England. It represents another of Rix Nicholas’ significant First World War portraits, capturing a lost generation.