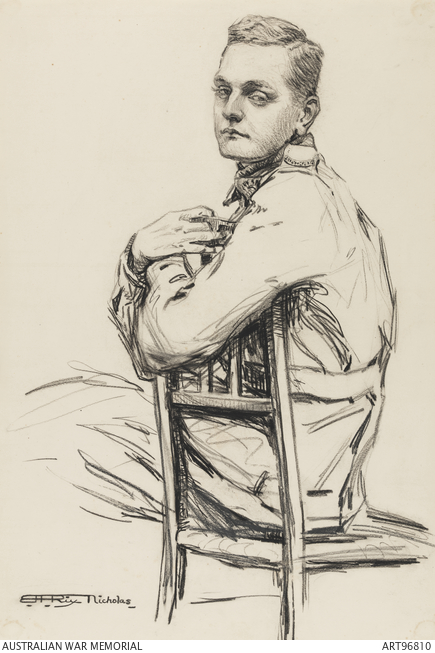 Athol Miller Nicholas (1897-1964) was the youngest of the four Nicholas brothers to serve. He enlisted at 18 and travelled to France as part of the 16th Reinforcements and was attached to the 22nd Battalion. A medical student prior to his enlistment he had been awarded a Government exhibition place which he turned down to join his brothers in military service. He saw limited action and was sent back to Australia in February 1917 to complete his medical studies. This portrait by Rix Nicholas, unlike those she did of the other brothers, depicts Athol in informal dress rather than full uniform.