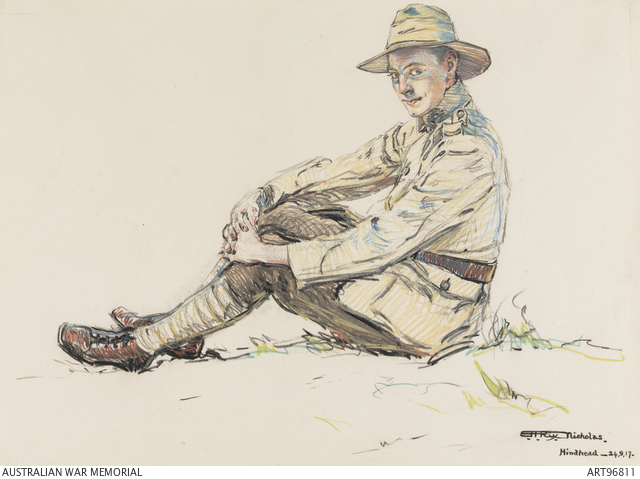 This colour portrait was drawn by Rix Nicholas on 24 September 1917 at Hindhead, Surrey. This village in Surrey is located south west of Guildford and was where Hilda had spent her honeymoon with Matson Nicholas almost a year earlier. The Hindhead Commons are known as ‘the gateway to the surrey hills’ and a picturesque holiday destination during the period.

Frank had served with the 24th Battalion in February 1917. He became unwell and was sent back to England to the 3rd General Hospital, Dartmouth in August 1917. A month after Rix Nicholas drew this portrait of him, his older brother Bryon Nicholas was killed in action on 9 October 1917. This portrait of an informally posed soldier reveals Rix Nicholas’ close association with the Nicholas brothers in the year following the death of her husband.