not titled [An old soldier with skull] 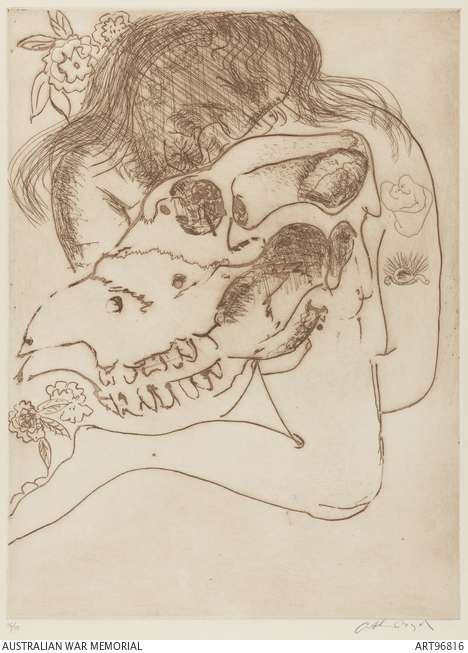 This coloured brown etching of a soldier and a skull identifies Arthur Boyd’s fascination with war. The symbolism of the Australian solider identified by the Rising Sun badge is a prominent aspect of Boyd’s later works. The heroic and masculine soldier is constantly absent from Boyd’s works; instead the soldier is represented as a vulnerable being in contorted forms, either mentally or physically injured. In this work, the soldier as the victim of war is reflected in Boyd’s surrealist symbolism of man turning into beast.