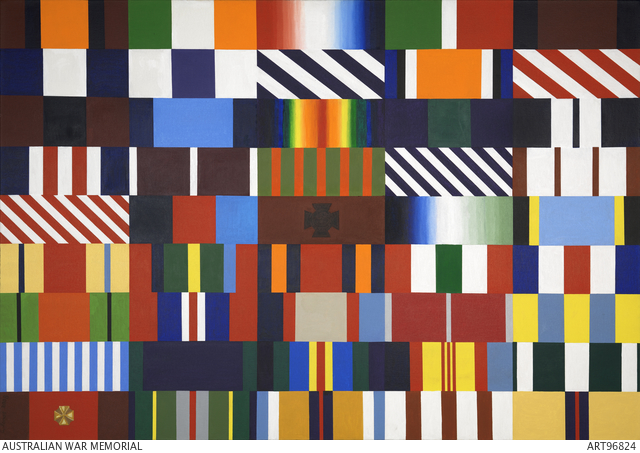 Featured in this work are the ribbons of campaign medals and bravery decorations that represent Australia's involvement in conflict, from the Boer War to Afghanistan. Jones saids of the work: "It is my reflection on those wars and why Australia became involved in them. This reflection has resulted in my conclusion that some of those wars can be justified and others not. Even within some of those justified wars there have been some futile campaigns. On another level, the bright colour and order of the work belie[s] the collective carnage wrought of over 102,000 lives lost in these wars and the impact it has [had] on Australian society since 1901."