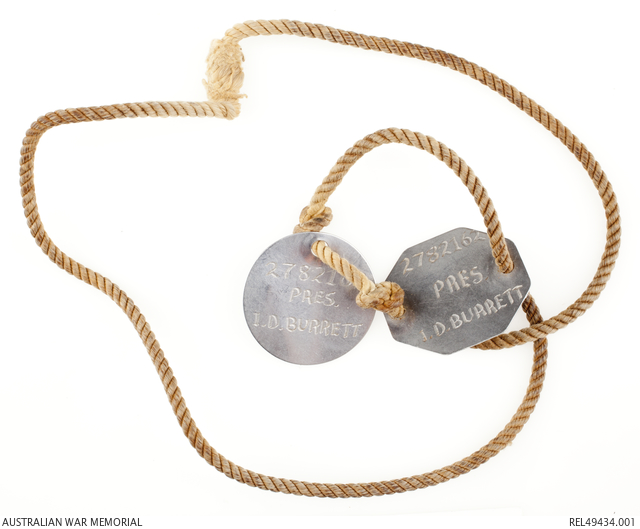 Pair of metal identity discs, one round, one hexagonal, each bearing the legend: '2782162 / PRES./ I.D. BURRETT', with the blood group on the other side. The discs are looped through a length of stout twine.

Worn by Ian David Burrett (born 18 March 1946). In 1966 Burrett volunteered for National Service and served as a gunner clerk with HQ Battery, 4th Field Regiment, Royal Australian Artillery in Vietnam from 1 May 1967 until 9 January 1968 at Nui Dat. His identity discs were later stored by his mother in the envelope REL49434.002.

Burrett was the son of Athol Frederick Burrett, who served with the 3rd Infantry Battalion, AIF. At the time of the Lone Pine assault, the then Second Lieutenant Burrett blew whistle REL/07580 to sound the start of the attack for his platoon.