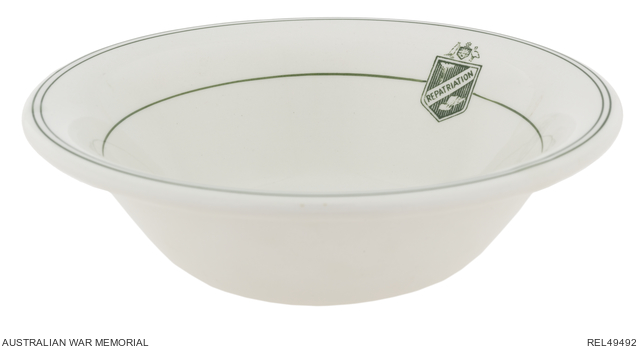 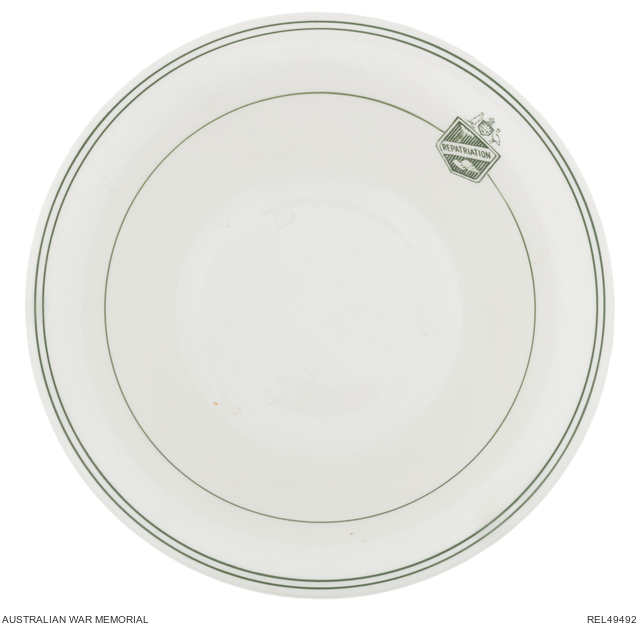 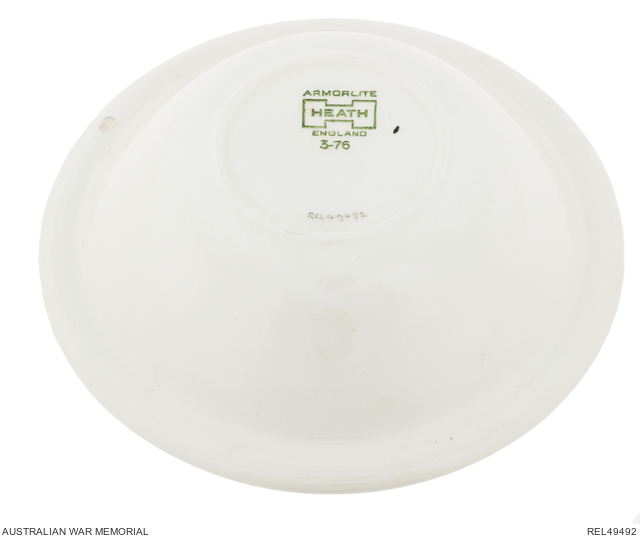 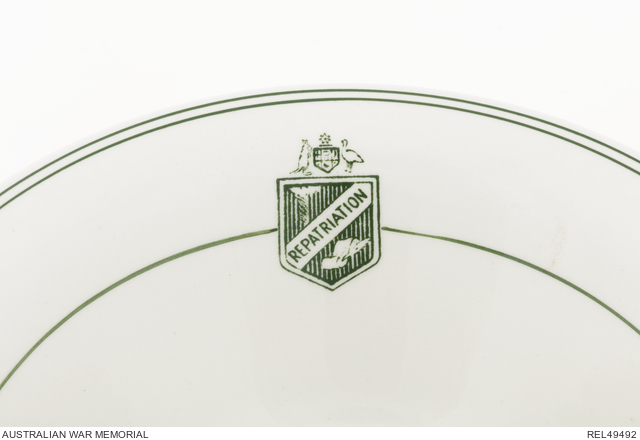 White ceramic rimmed bowl for cereal or dessert. The rim is edged with two narrow green bands. A further, lower band carries the logo of the Department of Repatriation, also in green. The base is marked in green 'ARMORLITE HEATH ENGLAND 3-76'.

Originally set up to service First World War veterans in 1917, the Commonwealth Department of Repatriation existed with slight variations of name until October 1976, when it was superceded by the Department of Veterans Affairs. Amongst the the services it provided, the Department maintained hospitals in most states, as well as residential hostels. This bowl is an example of the last pattern of crockery to be used in these repatriation institutions.