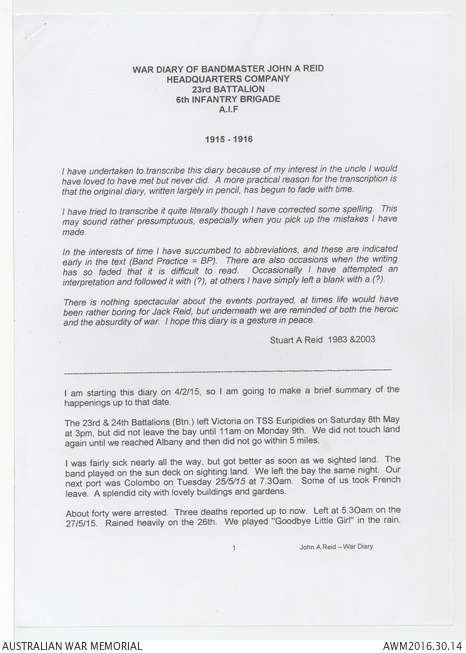 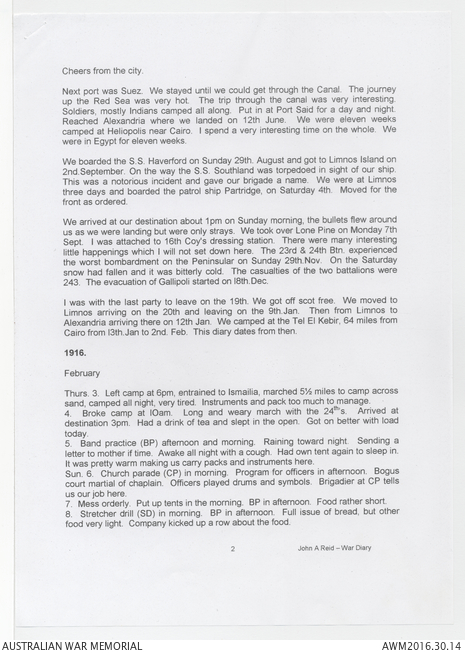 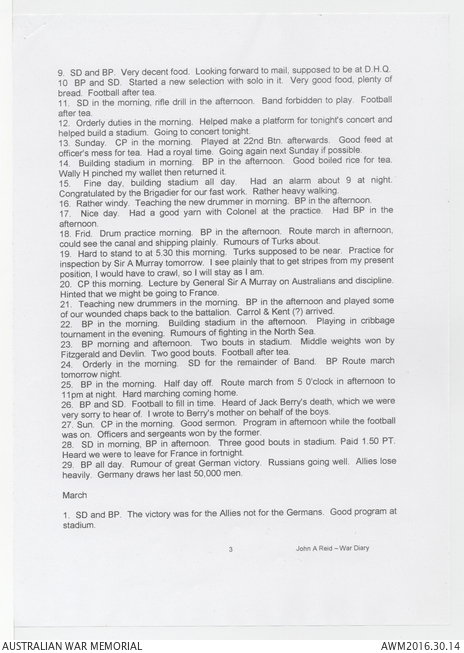 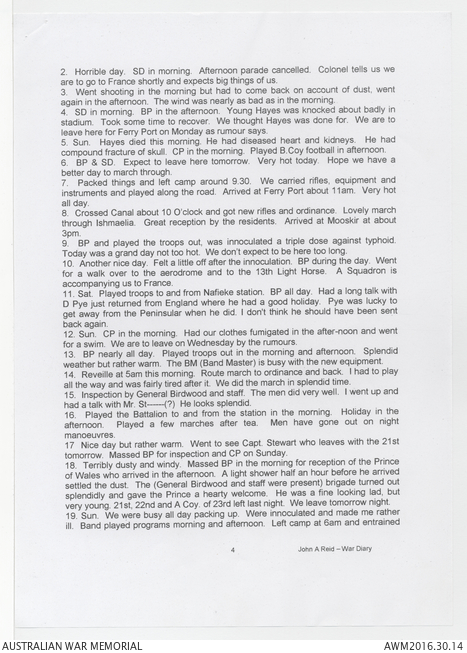 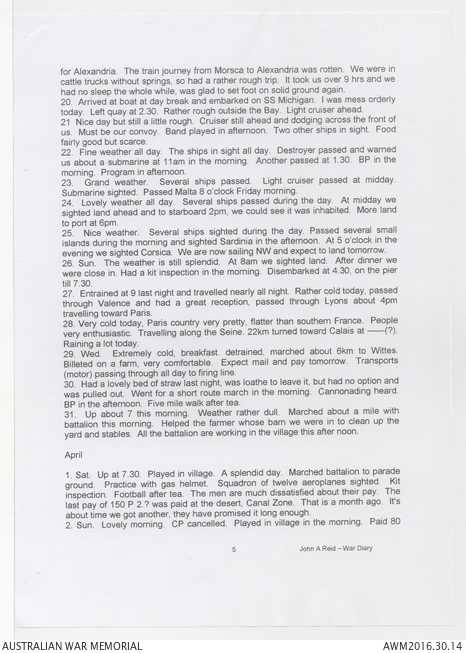 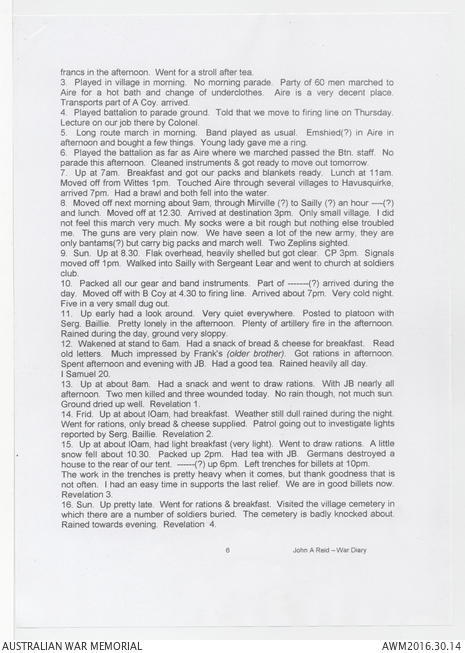 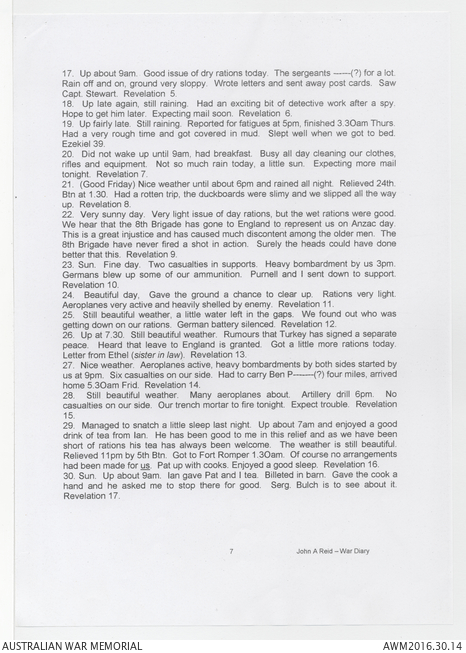 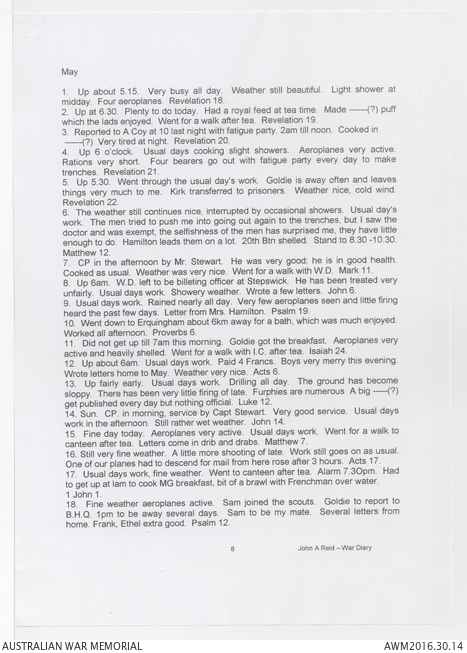 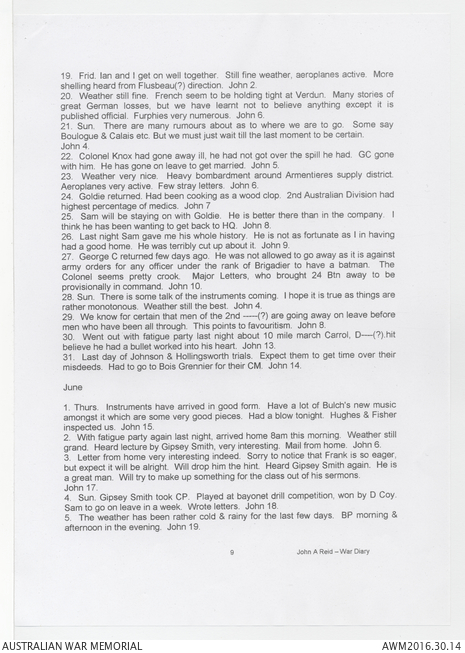 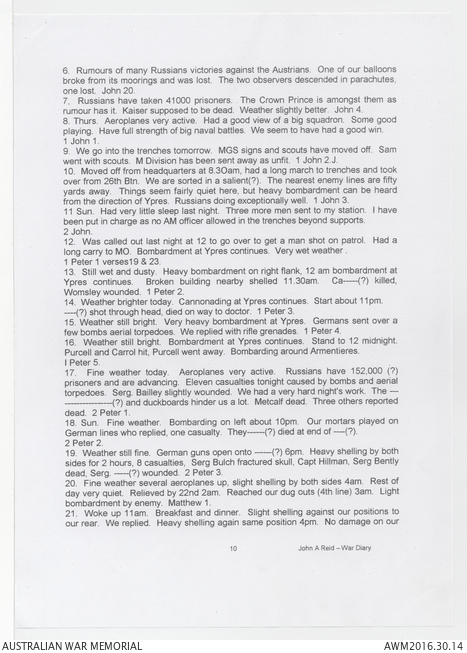 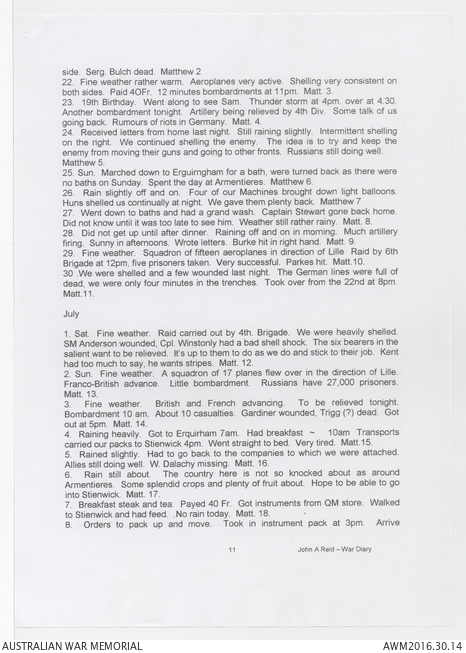 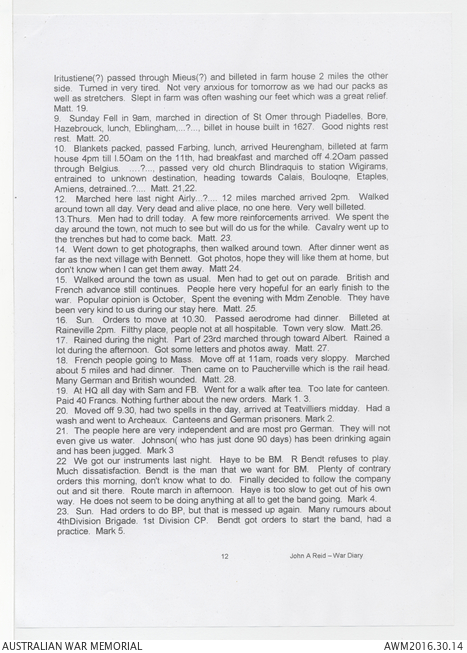 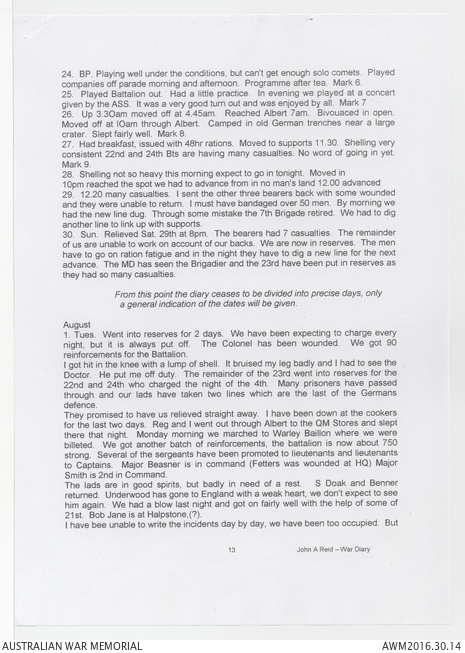 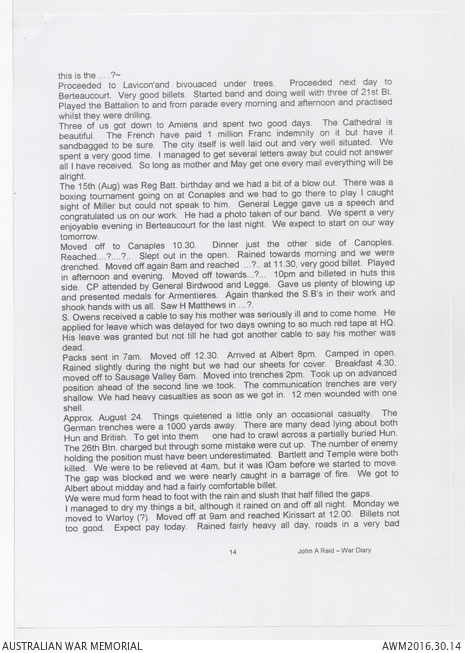 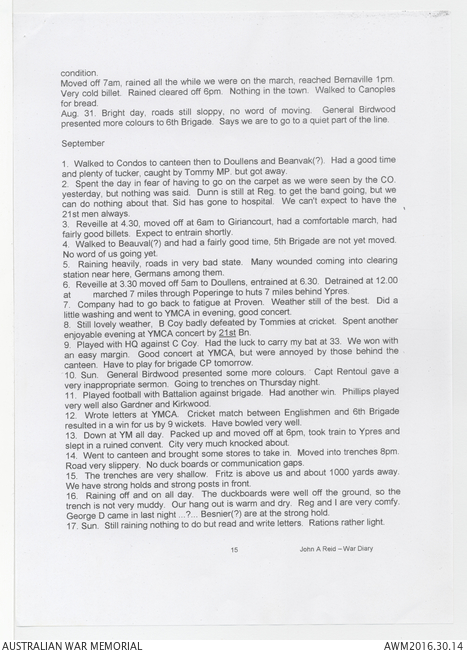 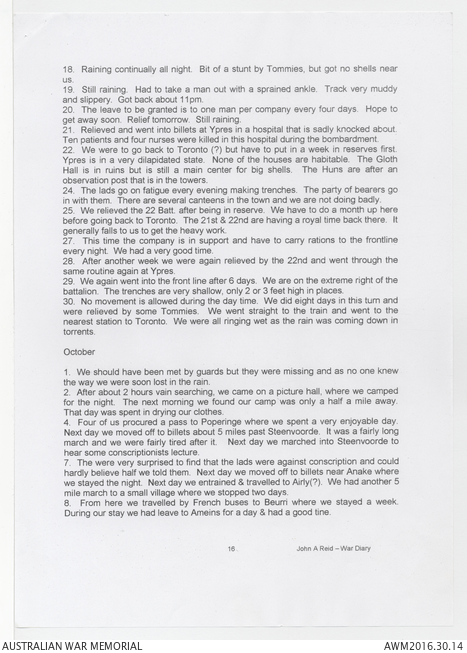 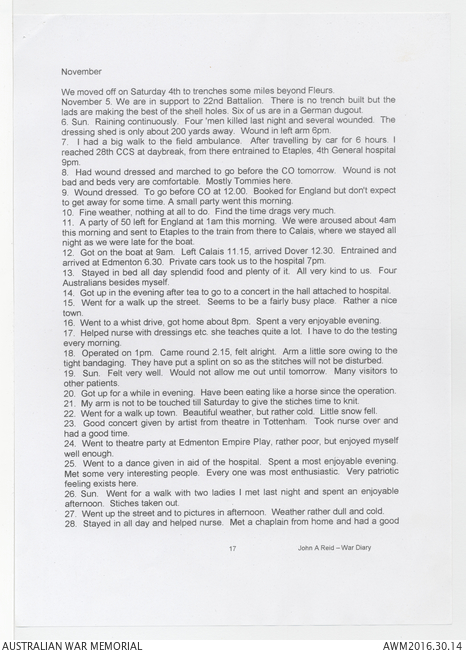 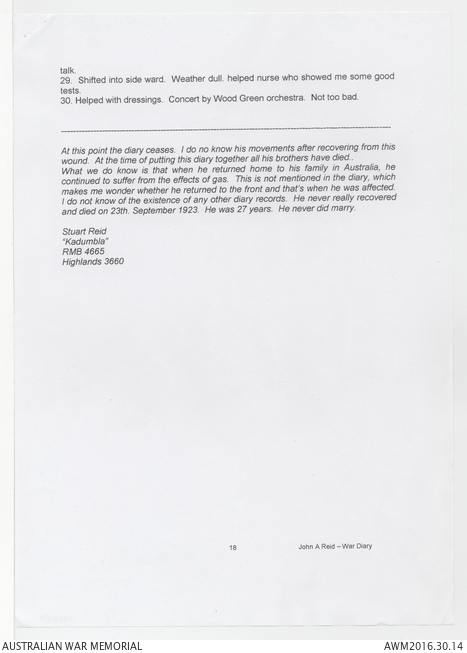 Transcript of a diary relating to the First World War service of 226 Private John Anderson Reid, 23rd Battalion. This transcript was originally compiled in 1983 by Reid’s nephew, and finalised in 2003. The entries in the original diary span the period 4 February to 30 November 1916, with retrospective entries from his embarkation in May 1915 onwards.

In his retrospective entries, Reid writes of the troopship voyage aboard HMAT Euripides, playing on board as a bandsman. After arriving in Egypt, Reid and the men were sent to Gallipoli where he writes of entering the trenches at Lone Pine in September 1915. His further recollections from Gallipoli include being attached to a dressing station, a particularly horrific bombardment of the 23rd and 24th Battalions on 29 November 1915, and the subsequent evacuation of Gallipoli in December 1915.

Reid’s active daily entries begin on 4 February 1916. As a bandsman with the 23rd Battalion band, he writes of their practice sessions and performances, as well as the daily routine in Egypt, including sports and route marches. Arriving in France in late March, Reid writes of his experiences in the trenches of the Western Front. It is around this time that his entries begin to be linked to specific Bible verses. He writes of the fighting at Pozieres, recording that the fighting was disastrous for the Battalion and that they were quickly placed back in reserves because of the large amount of casualties sustained. Reid also writes of his role during the fighting, as a stretcher bearer, bandaging the men during the ongoing fighting. His final recollection is of the mass German and Australian dead lying about the battlefield. Approaching the winter of 1916-1917, Reid writes of life in the trenches, including the mud and rain the men had to contend with. Wounded in action in the left arm in early November, he is sent to England where he writes of his convalescence, including attending plays and concerts. The entries in the diary end on 30 November 1916.