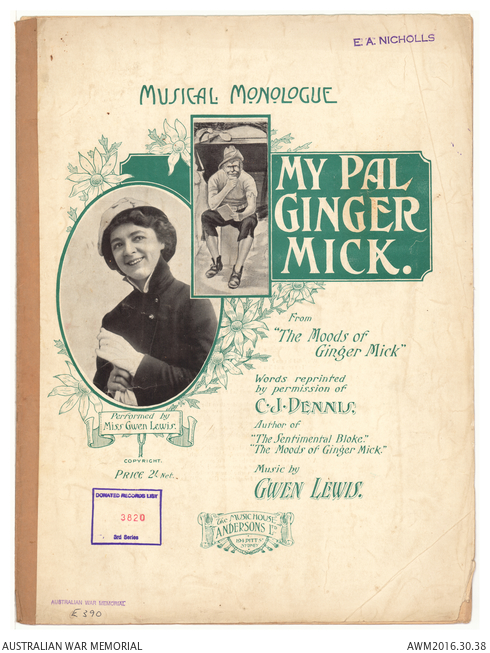 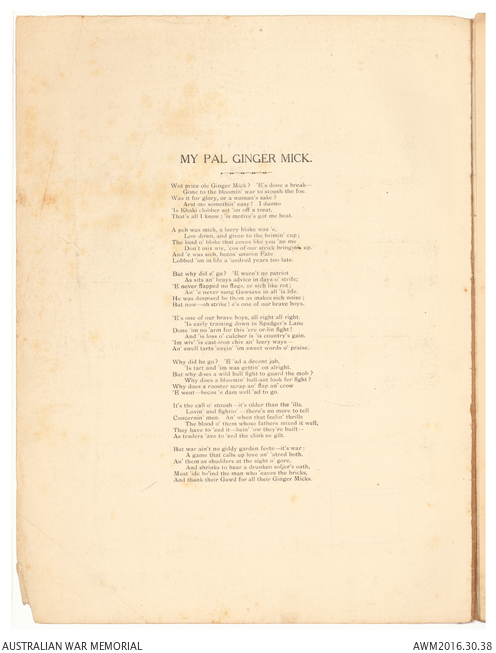 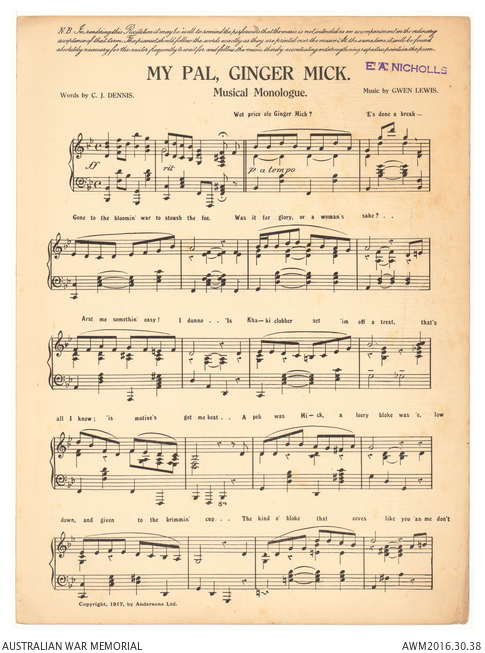 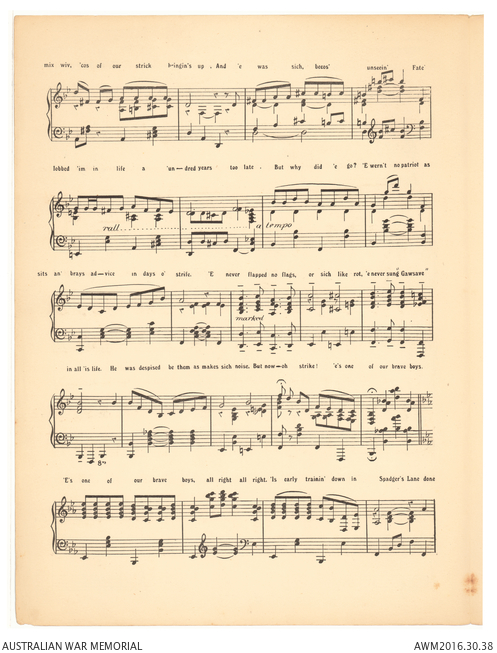 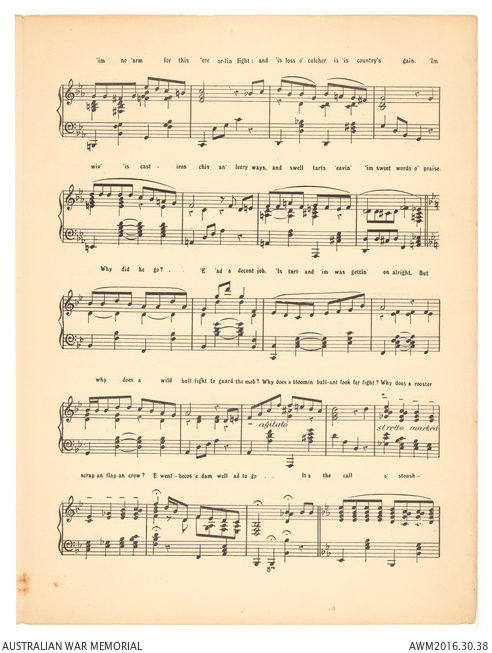 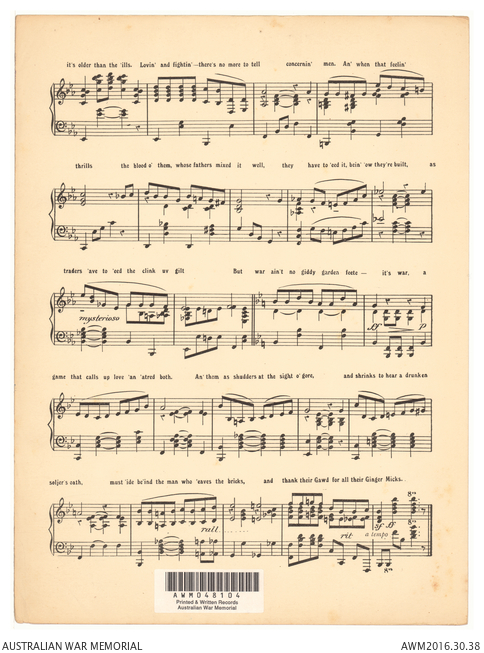 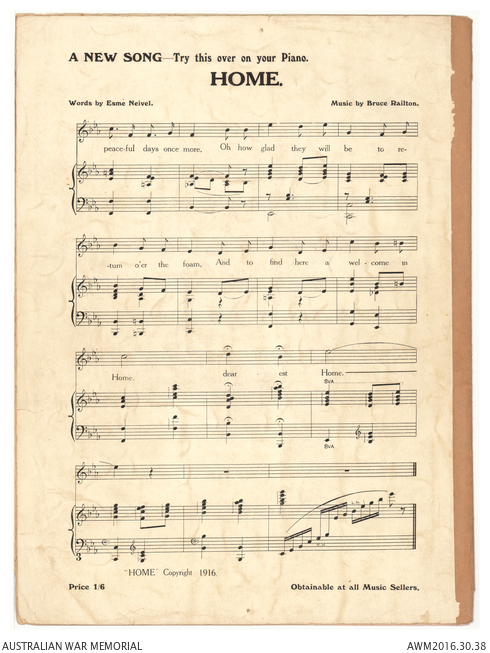 'My Pal Ginger Mick' was composed by Gwen Lewis, with words reprinted by permission of C.J. Dennis. This copy was published by Anderson Ltd in 1917. The cover features a portrait of Gwen Lewis. It includes on the back cover, as publisher's advertisement, the first page of 'Home' by Bruce Railton with words by Esme Neivel. The lyrics of 'My Pal Ginger Mick' are adapted from the C.J. Dennis poem 'The Call of the Stoush'. In broad Australian slang, they describe a larrikin who proves his worth on the battle field.
This copy of the music originally belonged to Private Ernest Alfred Nicholls and features his name at the top of the front cover. It is part of a collection of sheet music that was donated to the Memorial in 1971, and is symbolic of the concerts, theatre and other musical performances that Australian soldiers took in whilst on leave in London during the First World War.