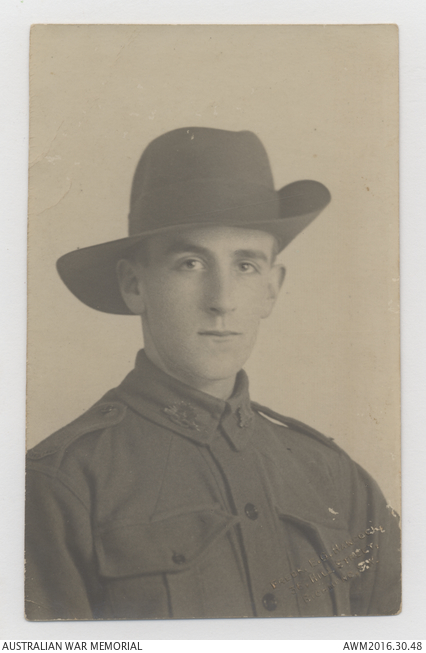 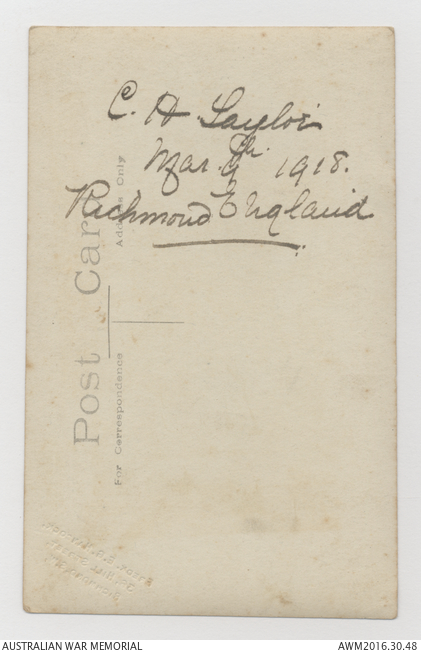 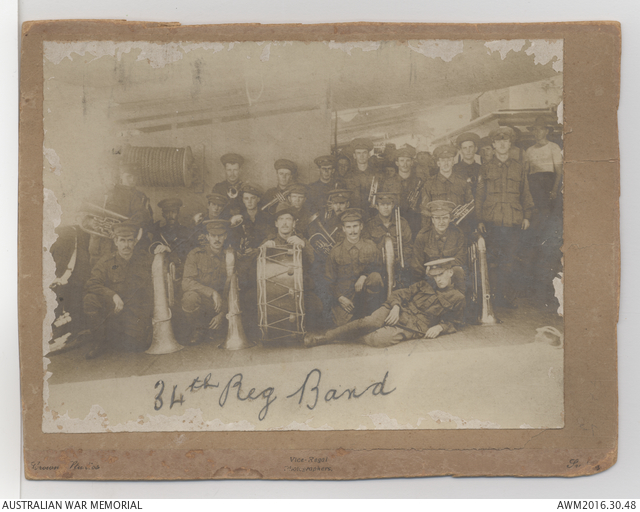 Photographs relating to the First World War service of 908 Private Charles Herbert Taylor, 34th Battalion. The first depicts Taylor in uniform and was taken in England in 1918, likely when he was on leave. The second depicts the "34th Regiment Band", with Taylor at the front right holding drumsticks