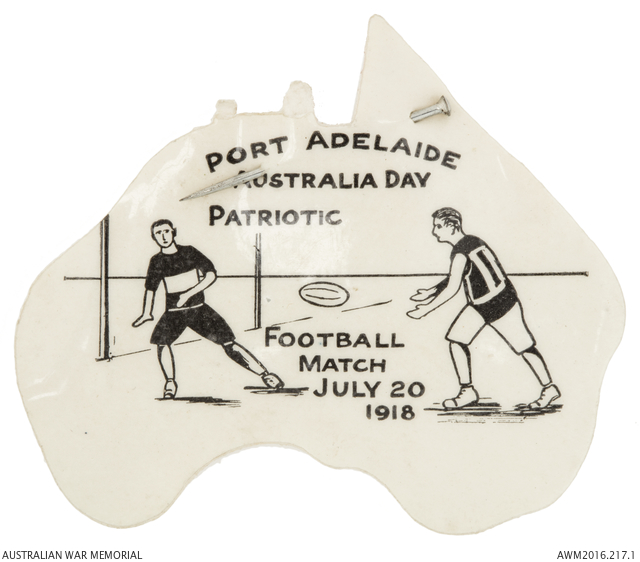 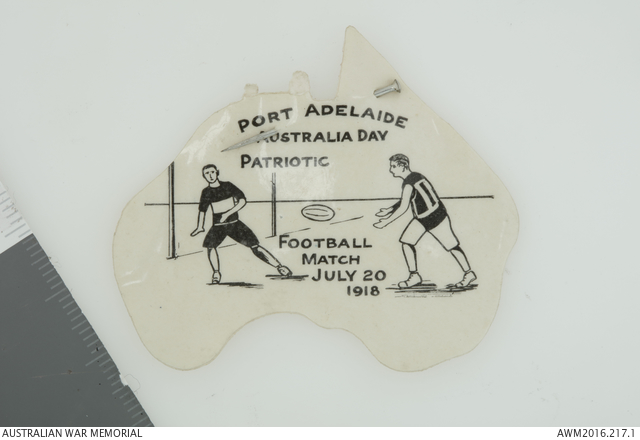 Celluloid coated white paper cut-out in the shape of mainland Australia. The front is printed with an image of two footballers, representing Port Adelaide and West Torrens, with a ball in front of goal posts. Above is printed 'PORT ADELAIDE AUSTRALIA DAY PATRIOTIC'; beneath 'FOOTBALL MATCH July 20 1918'. A steel pin is attached to the top to secure the badge to clothing.

From 1915 onwards a day in July, intended to raise funds for Australian troops serving overseas, was called Australia Day.

For Australia Day 1918, Port Adelaide, South Australia organised a number of fund raising events. These included the sales of patriotic badges, and culminated on the day itself, 20 July, with a street procession, patriotic and schoolchildren's displays, a brass band concert and a football match between Port Adelaide and West Torrens. The match was won by Port Adelaide.

Hoping to raise about 300 pounds for the war effort, the organising committee was gratified to find that their efforts had in fact raised 1,005 pounds.