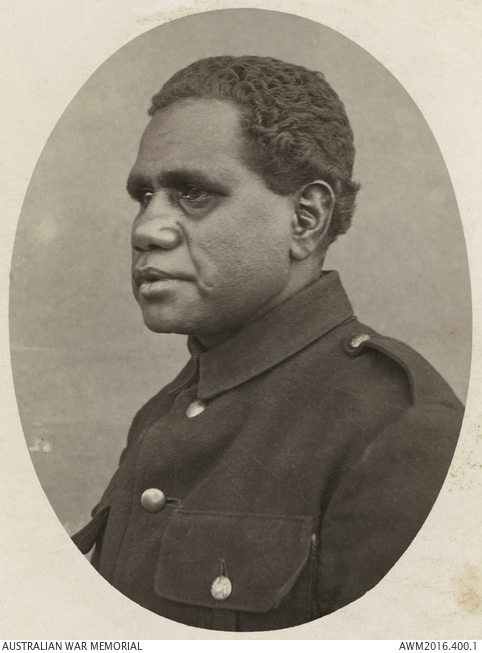 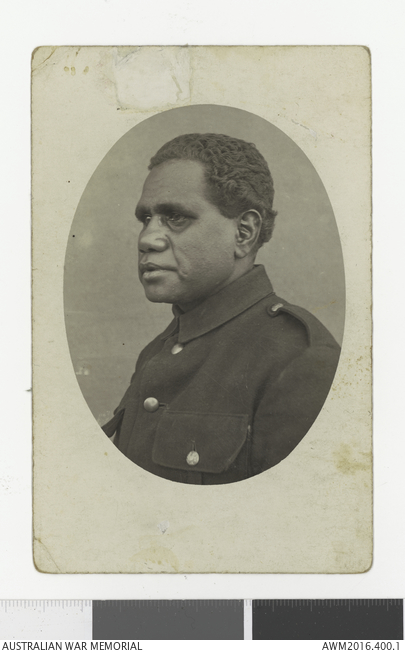 Studio portrait of Indigenous serviceman 6020 Private (Pte) Douglas Grant, 13th Battalion. On 11 April 1917, he was wounded and captured during the 1st battle of Bullecourt. He was held as a prisoner of war (POW) in a camp at Wittenberg, and later at Wünsdorf (Wuensdorf), Zossen. This image was taken while Pte Grant was a prisoner of war and held in captivity in Germany; he is wearing a British tunic sent over by the Red Cross to the Germans to outfit the POWs and dyed blue by the Germans.