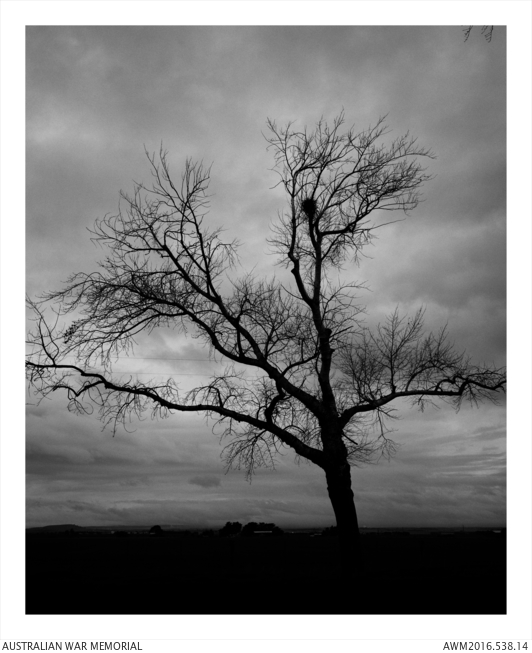 Photograph of the tree planted on the Avenue of Honour, Ballarat, Victoria, in recognition of the service of 2943 Gunner Ernest John Wills. This photograph is from a series of 22 images taken by Trent Parke titled WW1 Avenue of Honour.