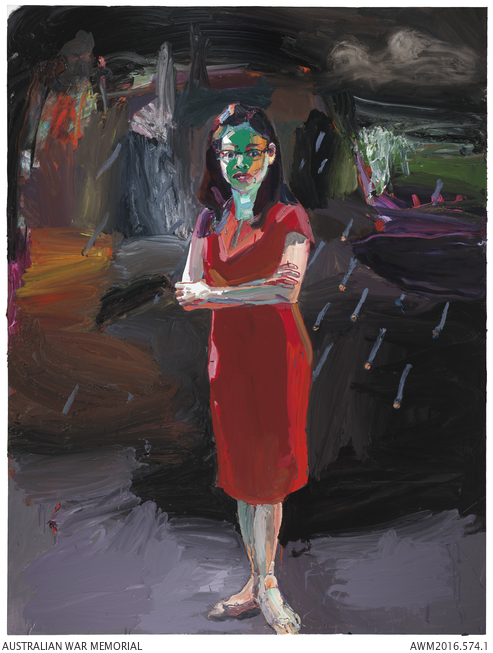 Leesa Kwok’s husband James Tanner served in East Timor in 2004, Iraq in 2006, and Afghanistan in 2007 and 2010. He now suffers from post-traumatic stress disorder. Leesa has been open about her struggle and that of the family—including the children—while facing PTSD as a part of their life.

Quilty wanted the portrait to express how Leesa and her family continue to live with the consequences of her husband’s service. PTSD and its effects are an intense, constant presence in her life which does not subside.