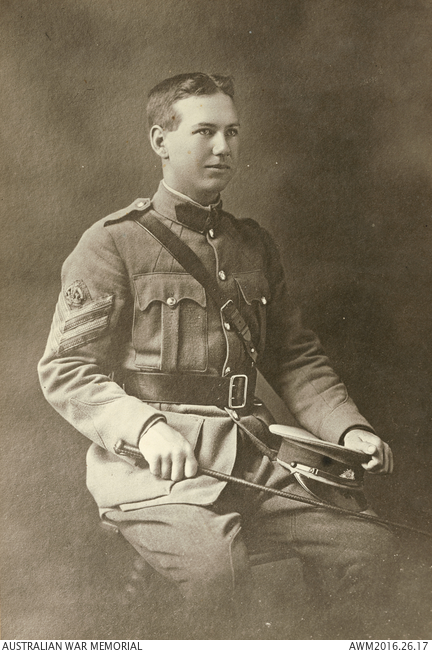 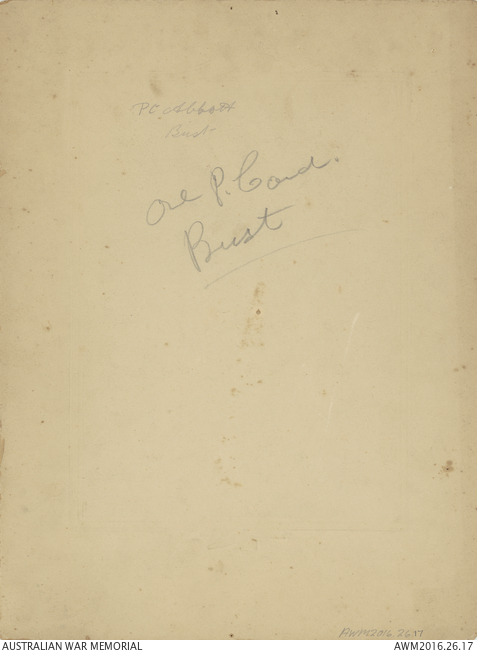 Studio portrait of Acting Staff Sergeant Major Francis 'Frank' Arthur Abbott, Australian Infantry Regiment. A storeman from Penrith, NSW, Frank Abbott served for five and a half years with the Citizen Military Forces, and was serving as a staff instructor when he enlisted in the AIF in 1917 with the service number 3170 and rank of Sergeant. He embarked from Sydney on 10 May 1917 with the 7th Reinforcements, 36th Battalion and later transferred to the 33rd Battalion. Sgt Frank Abbott was killed in action on 31 August 1918, aged 25. He has no known grave and is commemorated on the Villers-Bretonneux Memorial, Villers-Bretonneux, Picardie, France.