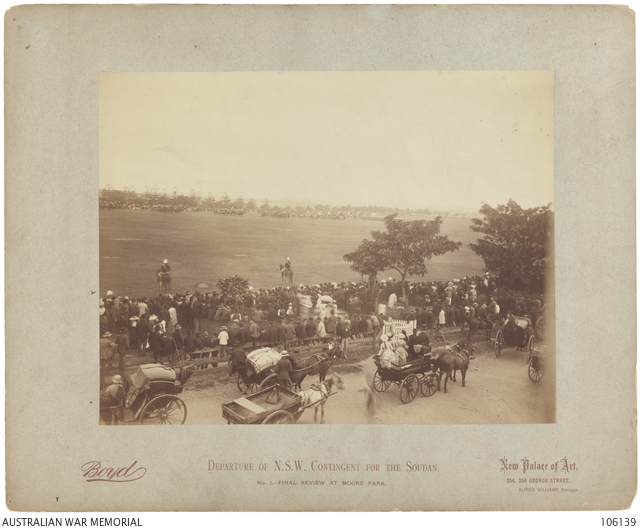 The New South Wales Sudan Contingent being reviewed at Moore Park several days before sailing. This was the first armed force raised by a British colony and despatched overseas. The contingent, under the command of Staff Colonel Richardson, consisted of 800 men and 224 horses. Raised in New South Wales and prepared in 15 days, it sailed from Sydney in the transports Iberia and Australasia on 3 March 1885.