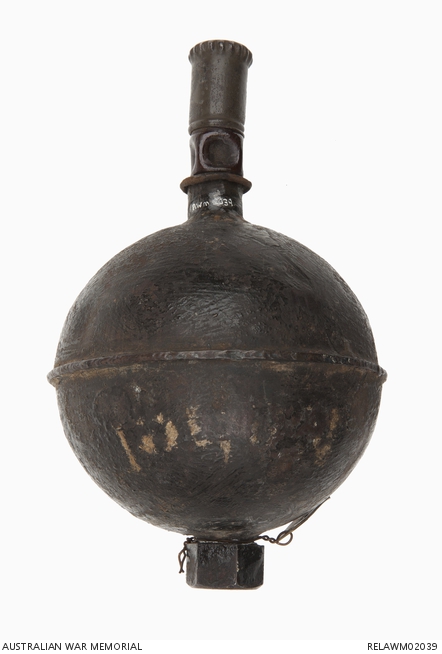 German Type N Nebelbombe. The word 'NEBEL' (smoke) is stencilled on the brass casing of the bomb in white paint. Markings on the fuze indicate that it has a five second delay. The pull wire is missing from the fuze body.

The Nebelbombe was a smoke hand grenade in general use in 1917 and 1918 by the German Army. It was filled with toxic chlorosulphonic acid, which when exposed to oxygen generated a thick white smoke that could be used to cover movement or force enemy forces from trenches or bunkers.