Portrait of four recipients of United States of America decorations for distinguished services in ... 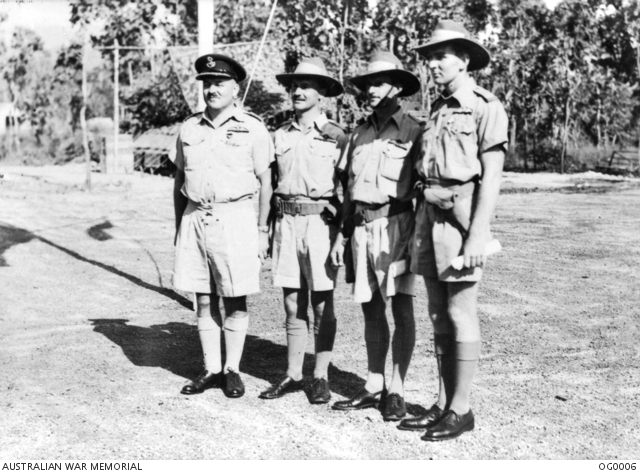