[Sheet music] Yes! Let me like a soldier fall 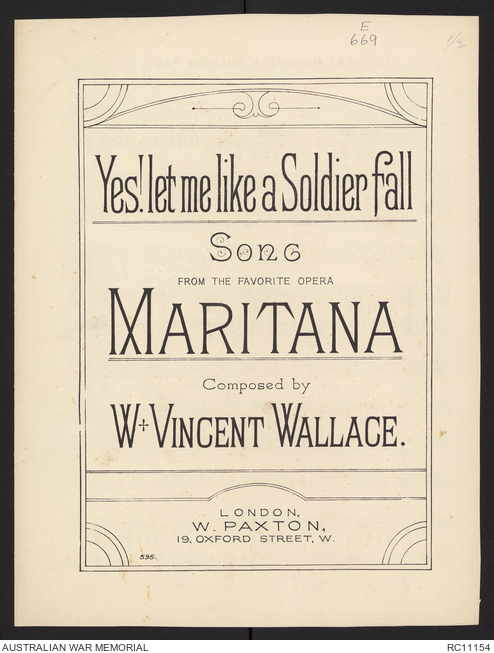 Sheet music for the song titled 'Yes! Let me like a soldier fall', with lyrics written by Edward Fitzball and music composed by Vincent Wallace. This song featured in the opera titled 'Maritana'.

This song was performed at concerts organised and attended by Australian service personnel during the First World War. One of these was held aboard HMAT Saldanaha on 18 February 1915 where it was performed by W Ashby. Another was given by Private Lloyd at a concert organised by Number 11 Convalescent Depot at Buchy, France on 30 May 1917.