Group portrait of pilots of No. 78 (Kittyhawk) Squadron RAAF who figured in biggest RAAF-Japanese ... 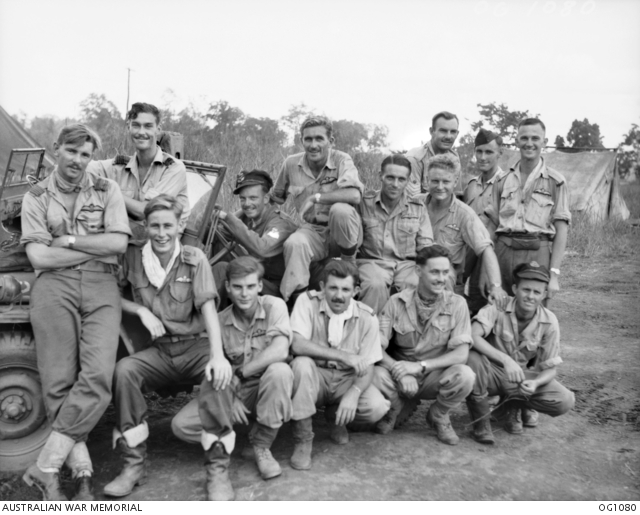