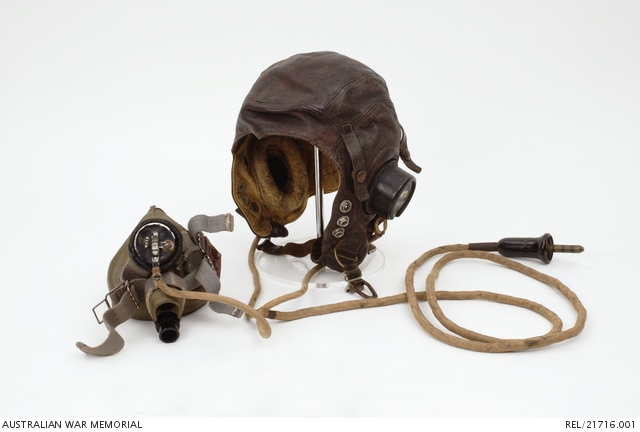 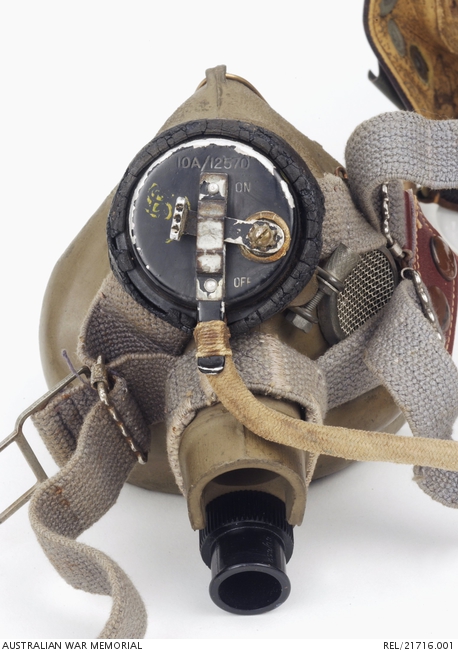 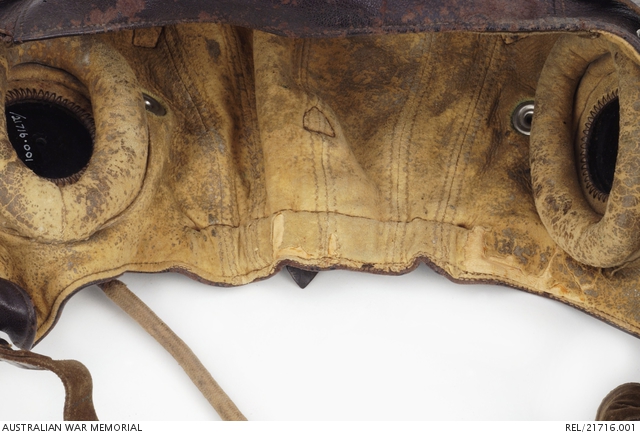 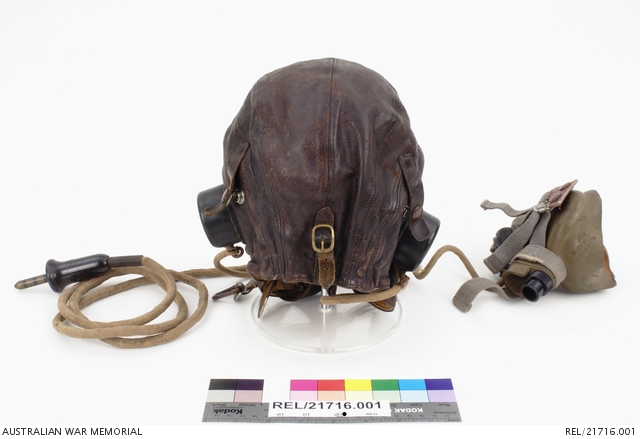 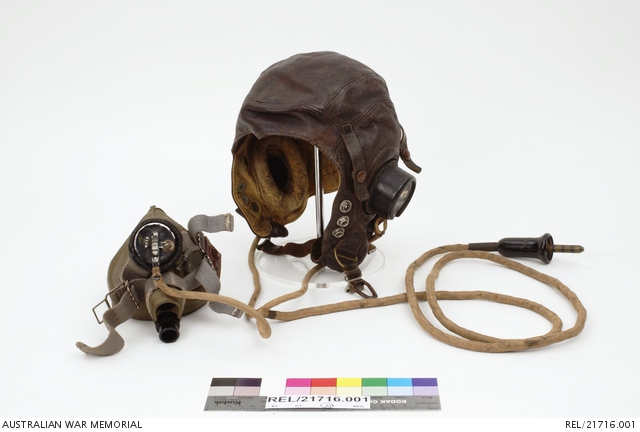 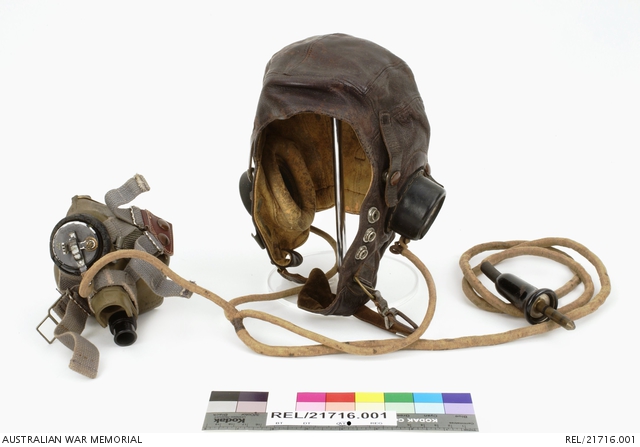 British issue brown leather Type 'C' model 22C/452 unwired flying helmet complete with earphones, cord, plug and oxygen mask. The helmet has a brown leather chin strap with a 'Bennett' friction fastener, and black rubber cups protecting the external radio receivers. The receivers are marked in white paint '10A/13466' below the letters 'A M' (Air Ministry) and the King's crown. The left chinstrap is also stamped with the letters 'A M' and the King's crown as well as the words 'REF NO 22c/452'. Below the radio receivers on each side of the helmet are three chromed metal snap fasteners to receive the Type 'E*' (E Star) oxygen mask. The right hand snaps have a wide metal hook clipped into them, this modification allowing the Type 'G' oxygen mask to be used. At the rear of the helmet is a single buckle strap and two brown leather snap fastening tabs to secure the flying goggle straps. Another pair of snap fastening tabs for the same purpose are located at the temples. Internally, the helmet is chamois lined and has chamois ear pads to reduce external noise. There is a velveteen sweat absorbing panel at the brow and inside the chinstrap. Wires emerge from the radio receivers and combine to form a 1.8 m insulated cable which ends in a large black bakelite plug. As the electrical cord from the radio receivers connects directly to the microphone of the oxygen mask, (REL/21716.002) the two can only be separated by disconnecting the wires from one or the other.

15032 Flight Lieutenant Stephen Joseph Mondel, RAAF, served in 57 Squadron, RAF (Lancasters). He enlisted the RAAF in 1940 and trained in Australia as a Fitter. He joined 456 Squadron RAAF in North Wales in June 1941, as a Sergeant Air Gunner. Mondel subsequently qualified as a Flight Engineer and was posted to 57 Squadron RAF based at Scampton near Lincoln. He was awarded the Distinguished Flying Medal on 14 September 1943 for his reliability, vigilance and leadership.

Mondel was posted to India in August 1943 to work with 1577 (Special Duties) Flight using his engineering expertise to assess radar and technical problems associated with towing gliders, such the Horsa and Hamilcar, in the tropics. In July 1944 he returned to Australia and was posted to 7 OTU at Tocumwal. He was discharged in September 1945.

The model 22C/452 was the last of the unwired British flying helmets; it is equipped with the three chromed metal snap fasteners to accept the Type E* oxygen which dates from around March 1942 until July 1943, when these masks were withdrawn. The fact that it carries a Type G oxygen mask would date it to about June 1943 - but the Type G was continued for many years after the war.