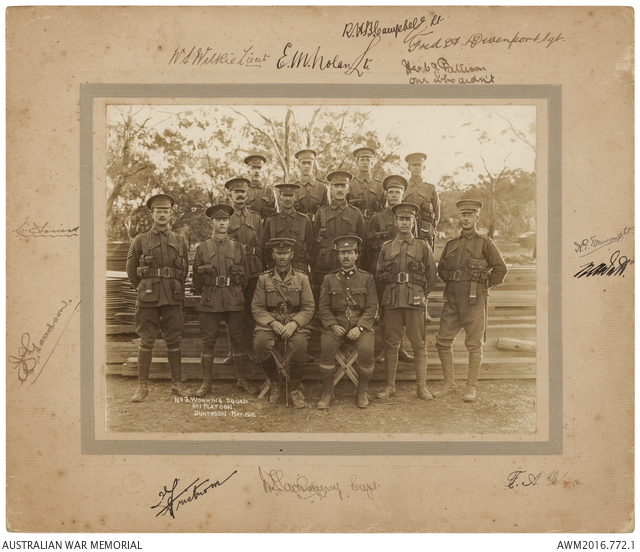 Group portrait No.2 Working Squad, No.1 Platoon at Royal Military College Duntroon. Identified front row, far right 3893 Lieutenant (Lt) Hannibal Gustav Tommerup. Board is signed by individuals in the image but their exact position is unknown. Names in brackets have been expanded from their signature.

Tommerup enlisted in the AIF on the 17th March 1916 (11th Depot Battalion). He was discharged on 13th November 1916 due to defective vision. He returned to Australia where he became a teacher and lecturer.