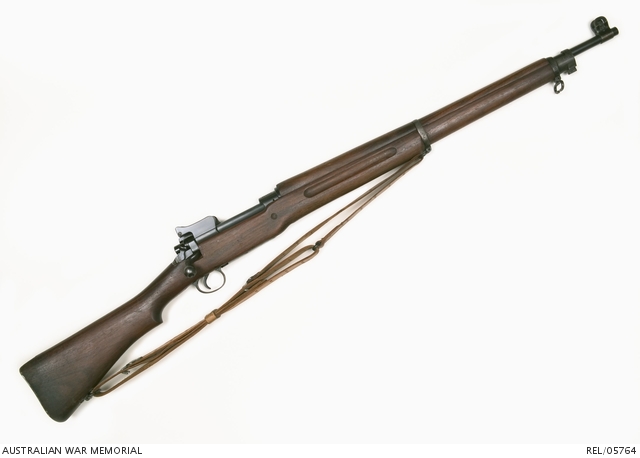 This type of rifle was issued to American Expeditionary Force (AEF) troops during the First World War and was developed from the British designed Pattern 14 (P14).

The Model 1917 rifle was based on the redesign of the British designed P14 rifle to take American rimless cartridges. Often known as the 'American Enfield' or simply 'M17' these rifles were issued to US forces in 1917 and served for the remainder of the First World War.

Contrary to popular belief the M1903 Springfield rifle was not the most common rifle used by the AEF during the First World War, this rifle known formally as the 'United States Rifle, Cal .30, Model of 1917' was.

Large numbers were supplied to Britain and issued to the Home Guard during the Second World War.