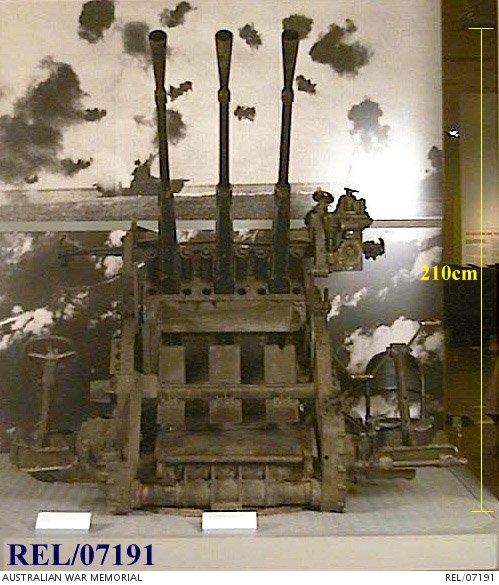 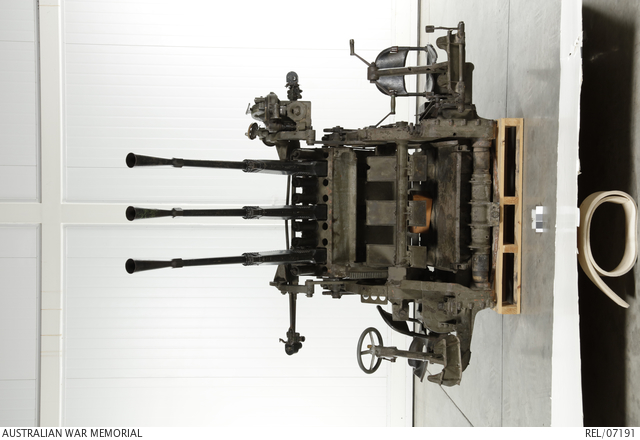 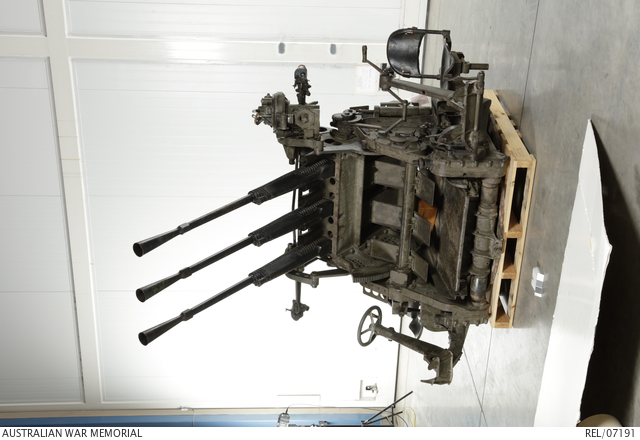 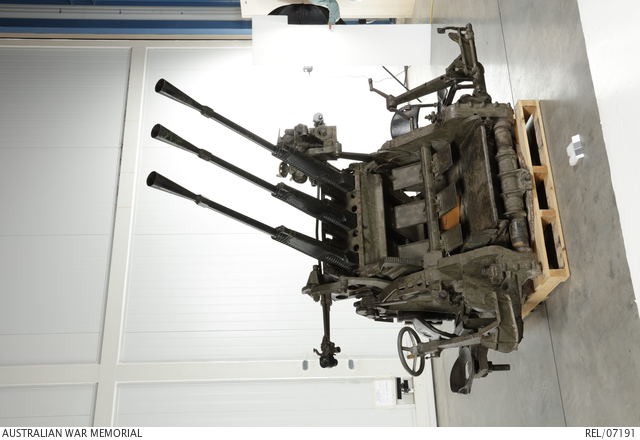 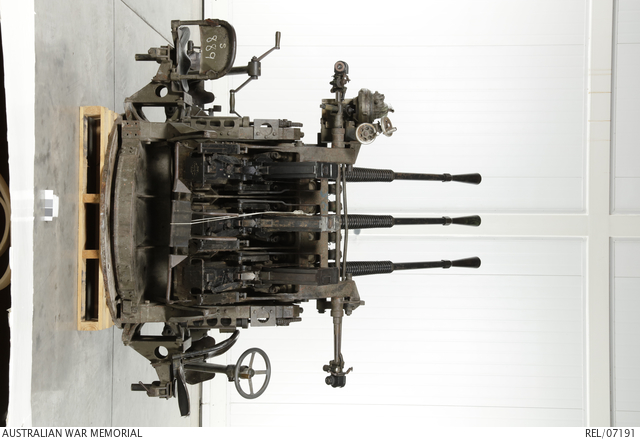 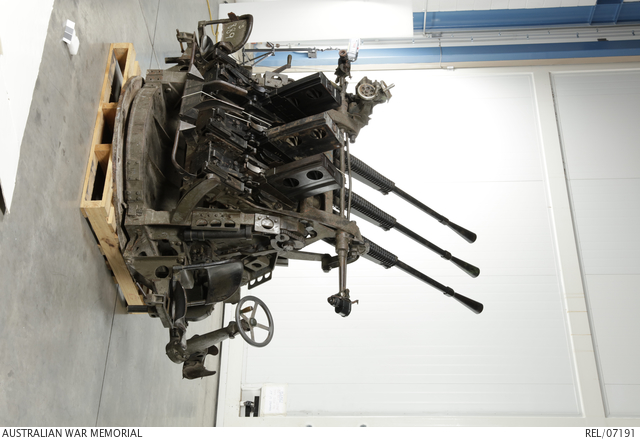 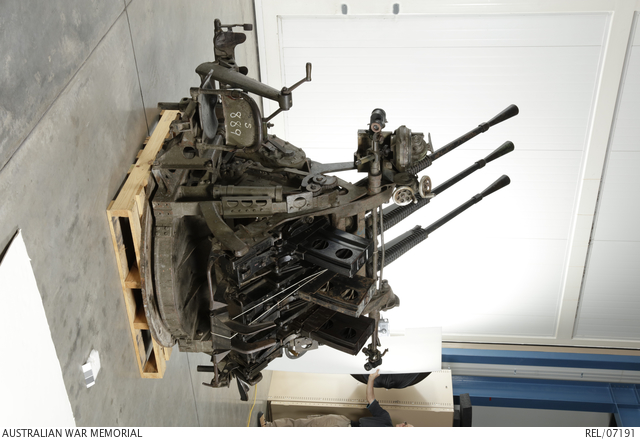 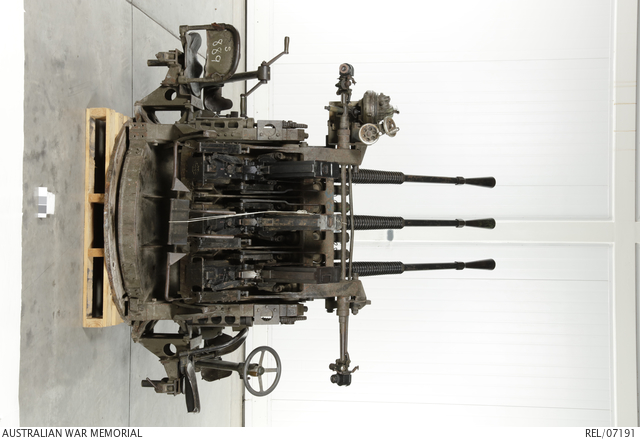 The Type 96 Triple Mount anti aircraft gun consists of three gas operated, air cooled gun units, each fed from a separate vertically loaded magazine. Each barrel is provided with a flash suppressor and 5 sets of cooling rings. The magazines have a capacity of 15 rounds each. On the sides of each magazine are four 3.5 inch lightening and inspection holes. The guns are accomodated in a heavily constructed mounting with a circular base plate, drilled for use either as a land fixed emplacement or a naval mounting.

Range and elevating gear are on the left of the mount and the traversing gear on the right. Two steel bucket seats are provided for the gun layers, one on each side of the gun, and traverse with it. The seat on the right hand side has become detached from its support. Hydrospring recoil cylinders are mounted one on each side of each gun unit and fixed to the mount. Foot control triggers operate the firing mechanism. There are two types of sights for this weapon - telescopic and ordinary anti aircraft course and speed type. The anti aircraft sight is of spider web ring type, the rear sight has a pointed spindle. The gun shows considerable battle damage to its front. The elevating column in particular is pierced in two places, and the extreme left handle is also damaged. One of the magazines also shows evidence of a gunstrike. The gun retains its original painted surface.

This is a Japanese triple barrelled anti aircraft gun, typically mounted on ships or when land mounted, used for airfield protection. A series of photographs in Australian Military Forces Technical Intelligence Summary No 11 Feb 1944, clearly show the Memorial's gun. It is recognisable in view of the battle damage. The date of the Intelligence summary would indicate that the gun may have been captured in 1943, possibly in Northern New Guinea. The Intelligence summary provides a full description of the operation and strip-down of the 25mm Type 96 gun. This item was publically displayed during the war in a number of Australian cities and towns as part of the 1st Victory Loan war bond program.