The grave of 2906B Private (Pte) Henry Charles Gaylard, 17th Battalion. A labourer from ... 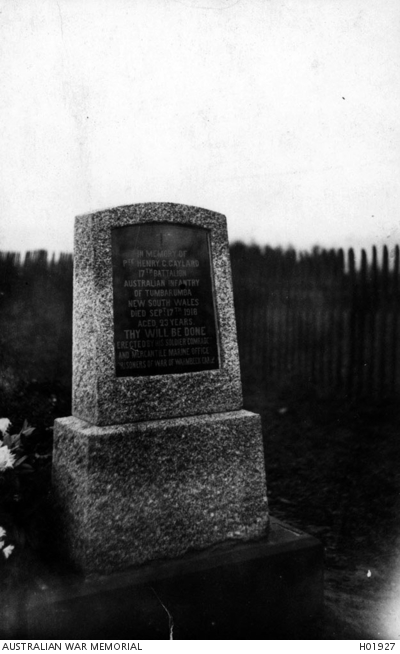 The grave of 2906B Private (Pte) Henry Charles Gaylard, 17th Battalion. A labourer from Tumbarumba, NSW prior to enlistment, Pte Gaylard embarked with the 7th Reinforcements, 55th Battalion from Sydney on HMAT Ascanius on 25 October 1916. Later transferring to the 17th Battalion, he was taken prisoner at Lagnicourt, France and interned at Hamelin, Germany. Later transferred to hospital at Wahmbeck, Germany, he died on 17 September 1918, aged 23, from Spanish influenza and heart weakness and was buried in the village cemetery. Following the Armistice, his remains were exhumed and re-interred in the Niederzwehren Cemetery, Cassel, Germany.