[Sheet music] Give me dear Australia 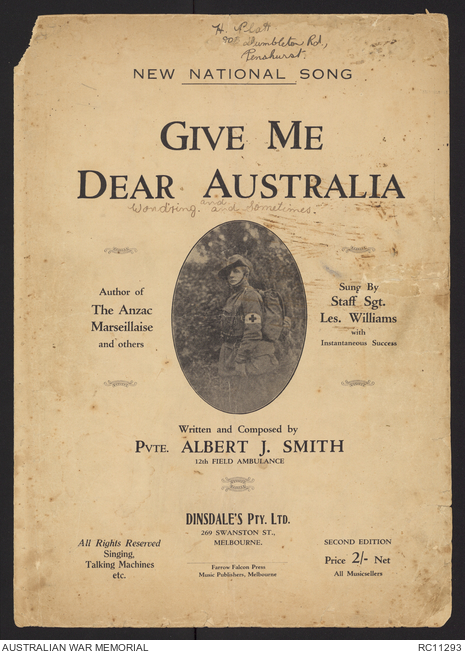 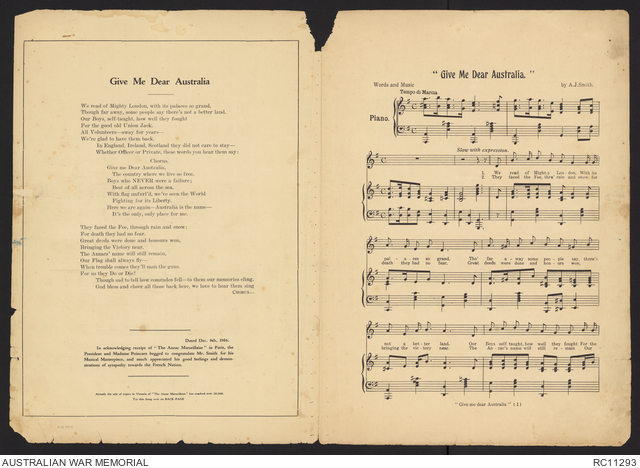 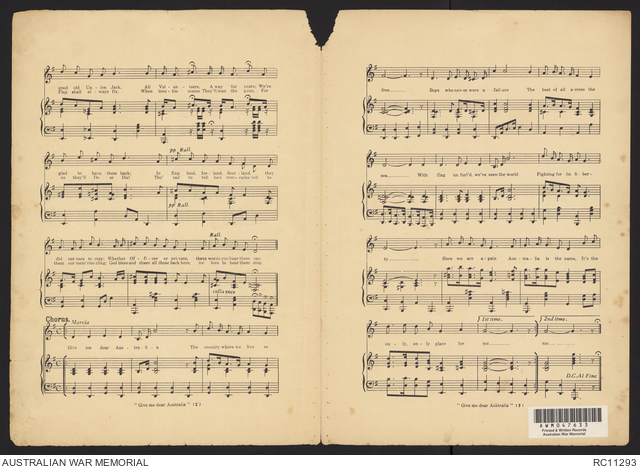 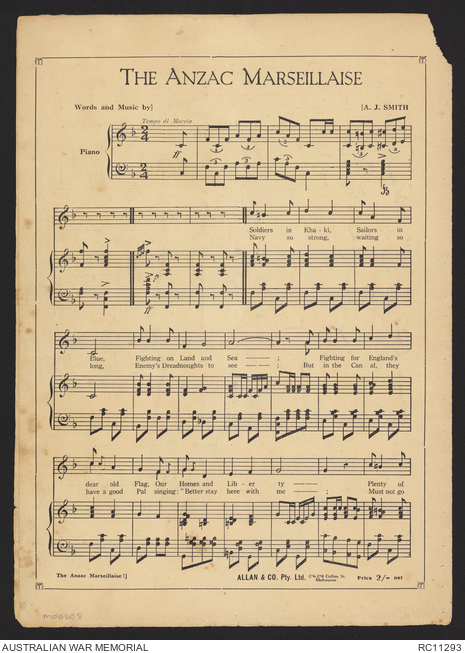 Sheet music for the song titled 'Give Me Dear Australia', composed by Private Albert James Smith of the 12th Field Ambulance. The music was published by Dinsdales Pty Ltd, music publishers based in Melbourne, between 1916 and 1918.

The cover of this copy of the sheet music features a photographic portrait of the composer in uniform, and promotes the song as being 'Sung by Staff Sgt Les. Williams with Instantaneous Success'. It is believed that this performer was Staff Sergeant Henry Leslie Williams who served with the 1st Divisional Ammunition Column before being posted to 1st Field Artillery Brigade and later joined the Anzac Coves Concert Party.

This song was noted on the front cover as being performed with great success by Staff Sergeant Les Williams. Williams has been identified as Henry Leslie Williams, a performer with the Anzac Coves Concert Party during the First World War.

This song appears to have been popular in Australia after the First World War, with several mentions made in newspapers during the early 1920s. The song appears to have also been brought to the attention of the public early in 1920 when it was recorded that a copy of the music had been forwarded by the composer, Albert Smith, to The Australasian newspaper around 13 March 1920.

The song continued to be popular at concerts between 1920 and 1922. The first mention was in regards to a patriotic scene written, composed and designed by Albert Smith, featuring this song and another of his works titled 'When the boys come back'. Smith himself appeared in the scene and performed one of the solos. This performance occured at a concert by Mr Harry Borradale's comedy company at the Austral Gardens, Adelaide, on Saturday 21 February 1920. It was also performed by Master W Little, during a concert to raise money for the Methodist Church Building Fund at Guyra, New South Wales on 18 January 1922. The song itself was described during this report as 'the tuneful little song'.