A Dutch woman tends with great care the graves of the crew of Lancaster bomber (PB255) from RAAF ... 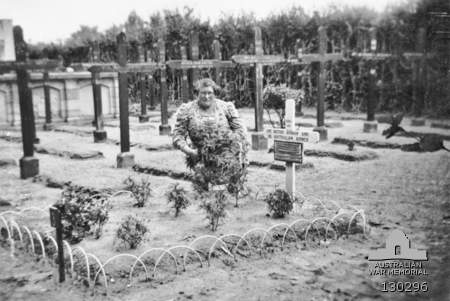