Group portrait of air crew members of No. 30 Beaufighter Squadron RAAF. This squadron had ... 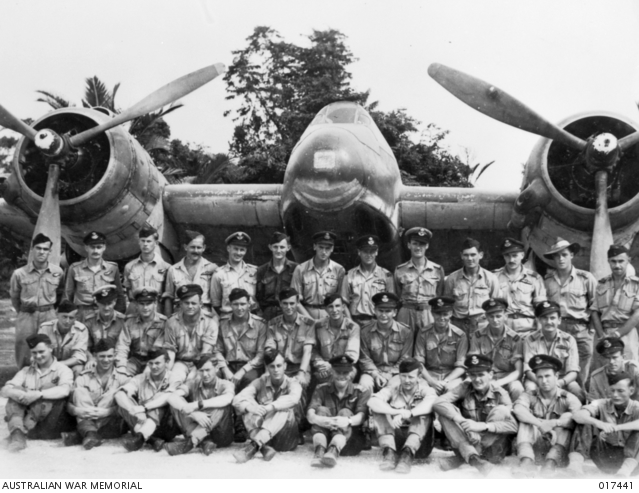