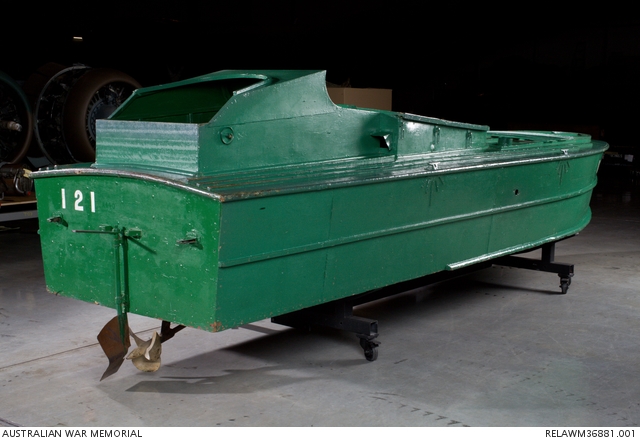 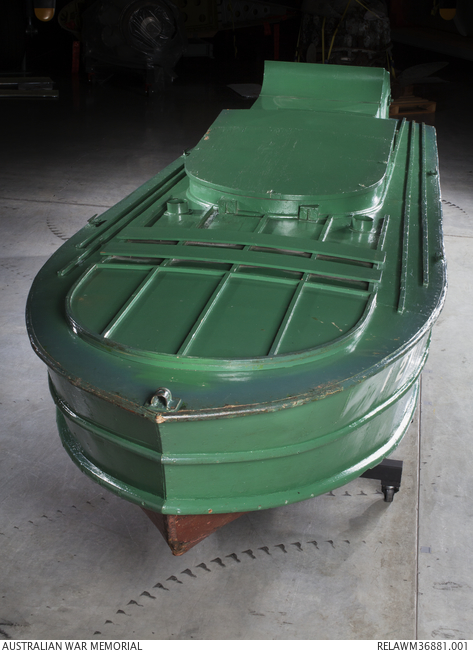 This launch was recovered by HMAS Deloraine at Sandakan Harbour, British North Borneo, during the period of the occupation of that area by Australian Naval & Military Forces in October 1945. It was one of six that were in an immediate state of operational readiness complete with petrol, out of a total of thirty discovered. An opportunity of using this type of craft in the area was never presented. There were a further eighteen similar craft in different states of repair. This launch was used by sailors from the Deloraine as a ski boat on Sandakan Harbour. It returned to Australia with the Deloraine in late 1945 and was presented to the Australian War Memorial.

Construction of these boats began in 1943. The boats were designed to be one man suicide craft armed with a 300kg charge of TNT. By the end of the war about 6,000 had been produced, most of them built of wood but a few built from steel. Most of these boats were deployed around the Philippine Islands and the Japanese Home Islands and hidden until they could be of use. Because of their green colour, they were referred to as 'frogs' by Japanese troops. The launch when transferred to HMAS Deloraine was painted to conform to the ship's colour scheme, but the correct colours should be a dark olive green with red below the waterline.