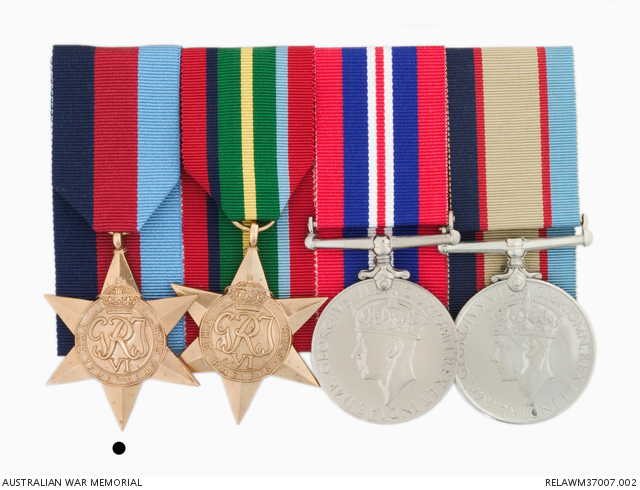 PM6721 Able Seaman Claude Moore served with the Royal Australian Naval Reserve in the heavy cruiser HMAS Australia. Employed at the woollen mills in Geelong, he was called up for active service on 6 July 1943. Aged 24, Moore was killed at Lingayen Gulf in the Philippines on 5 January 1945 during a Japanese kamikaze attack on the Australia, and was buried at sea. The plane dived vertically and hit the ship on the port side of the upper deck. Twenty five men were killed and thirty wounded in the attack. Nearly all were members of gun crews or upper deck ammunition supply parties.