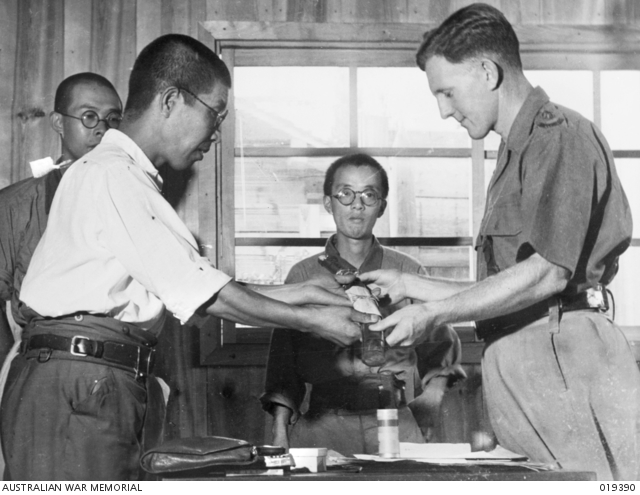 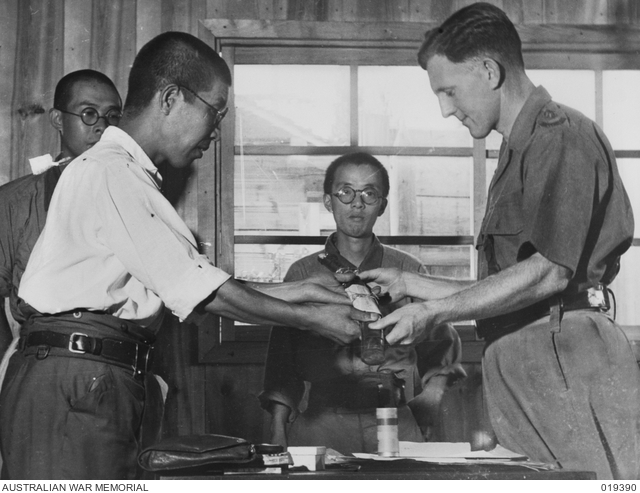 NX60028 Lieutenant (Lt) Keith William Goddard, No 1 Company, Australian Army Service Corps from Dulwich Hill, Sydney, NSW waited over three and a half years for this moment. Second Lieutenant Nakanishi formerly Commandant of the Notogawa prisoner of war (POW) camp surrenders his sword (and command) to Lt Goddard who was captured at Singapore on 15 February 1942 and recovered at Notogawa on 6 September 1945. Before the war he had played rugby league for Newtown in Sydney.