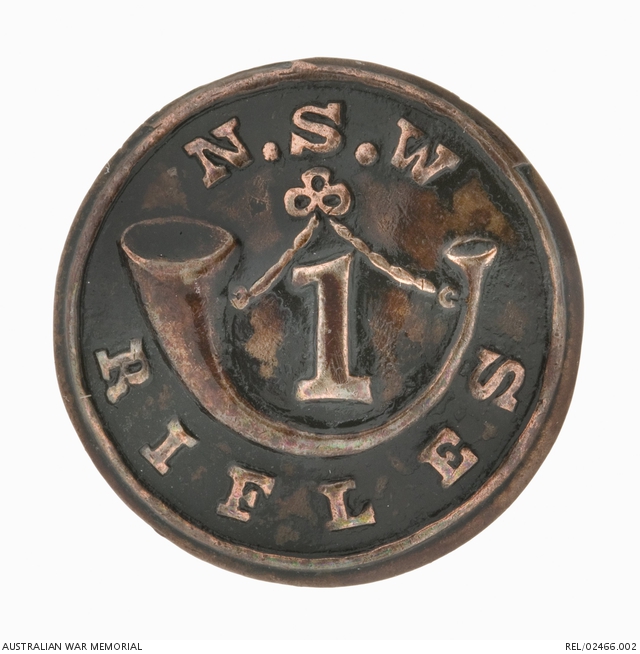 Bonze button featuring an infantry bugle and the number '1' in the centre, and 'N.S.W RIFLES' around the edge.

This button was worn by an unknown member of the 1st New South Wales Rifles.

The 1st New South Wales Rifles were a volunteer unit raised in 1854 with its first Commanding Officer being Major Thomas Wingate. The original uniform was a dark green frock coat with black velvet facings and black shoulder straps with trousers of similar material with a black bold stripe. Armament was a .704 calibre muzzle-loading with sword bayonets.

One of the first duties of the unit was to guard the Sydney Branch of the Royal Mint. It also formed the Guard of Honour for the Govenor of New South Wales at the opening of the railway to Parramatta.