Two letters from 'Harry' to his father 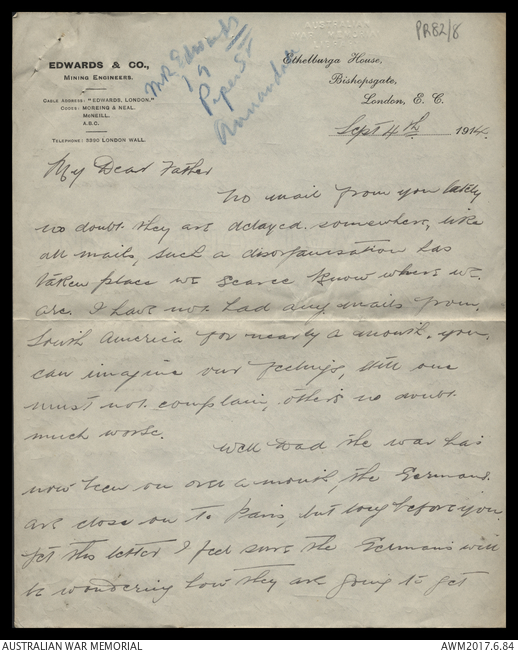 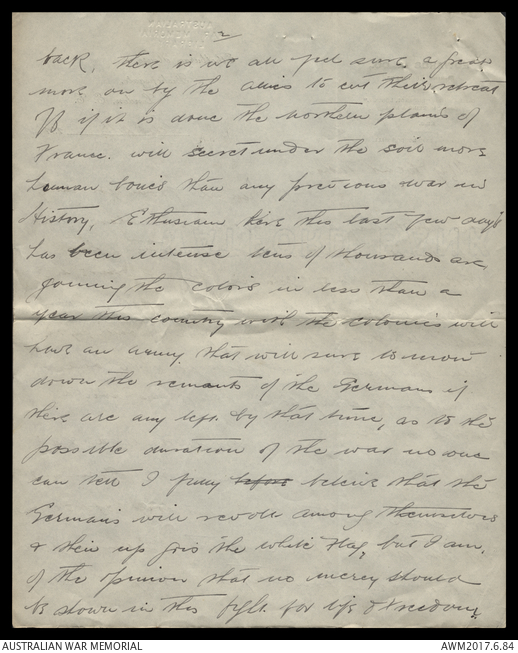 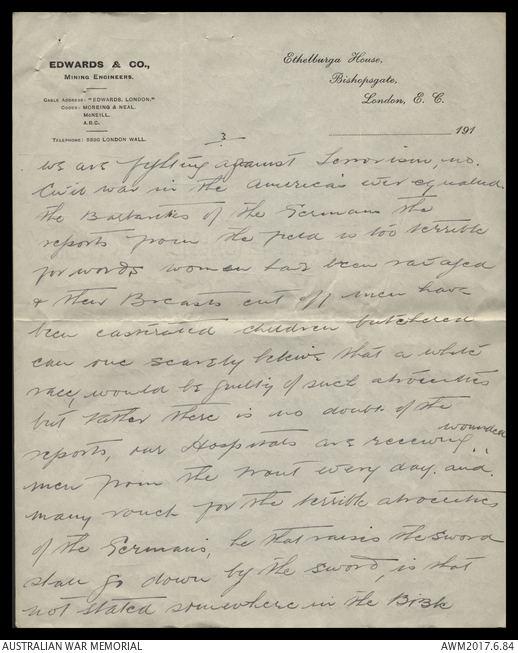 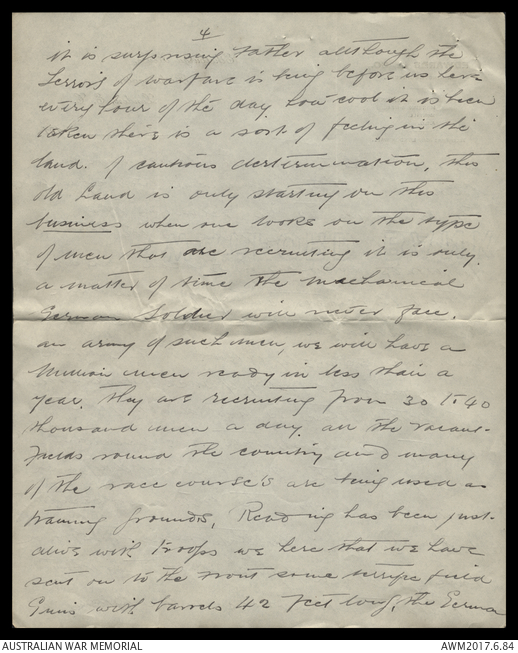 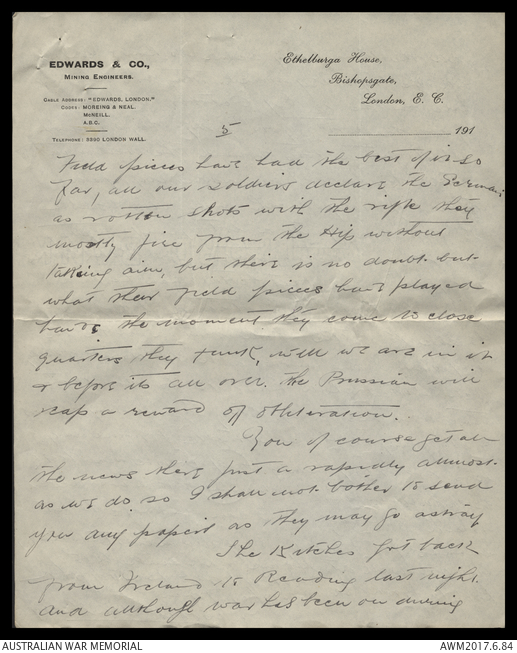 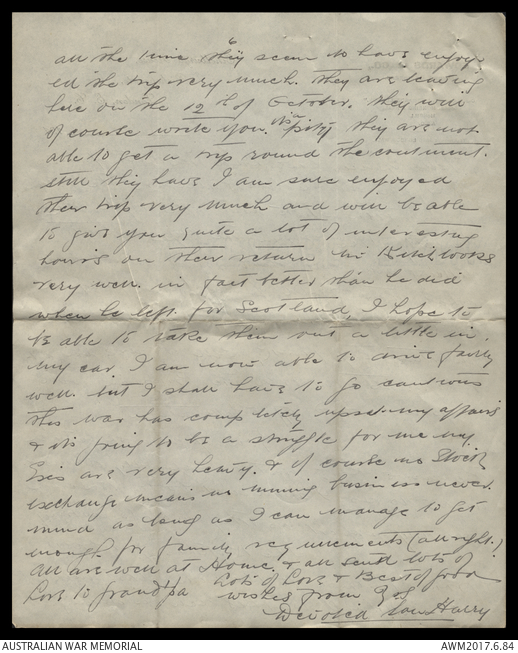 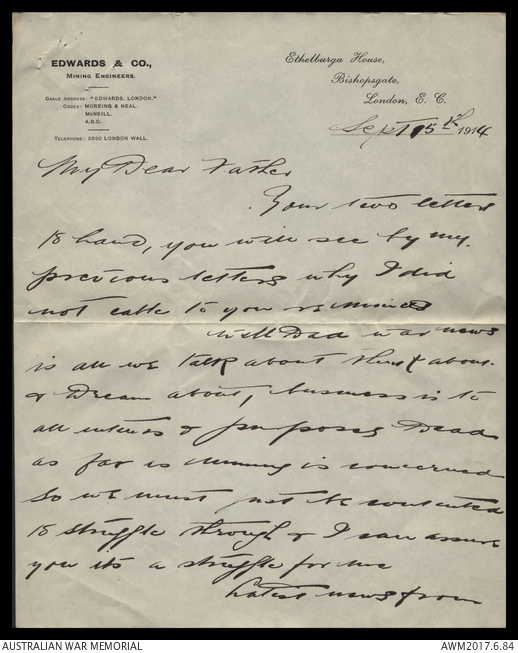 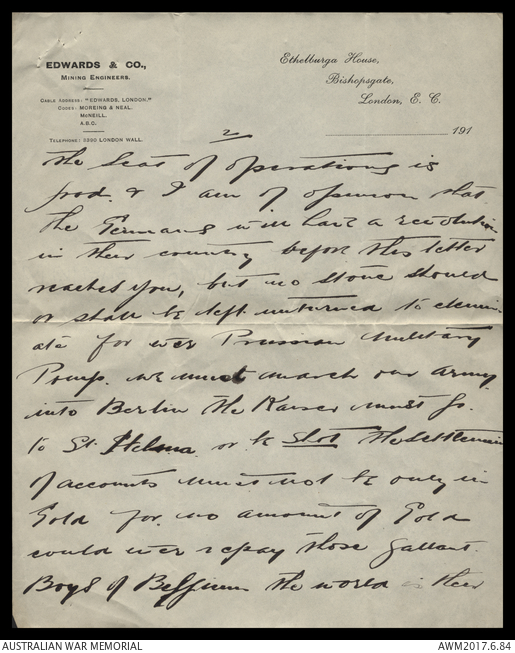 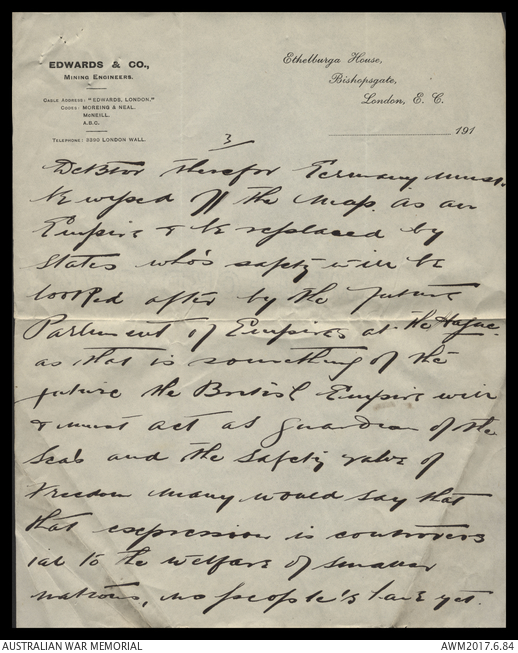 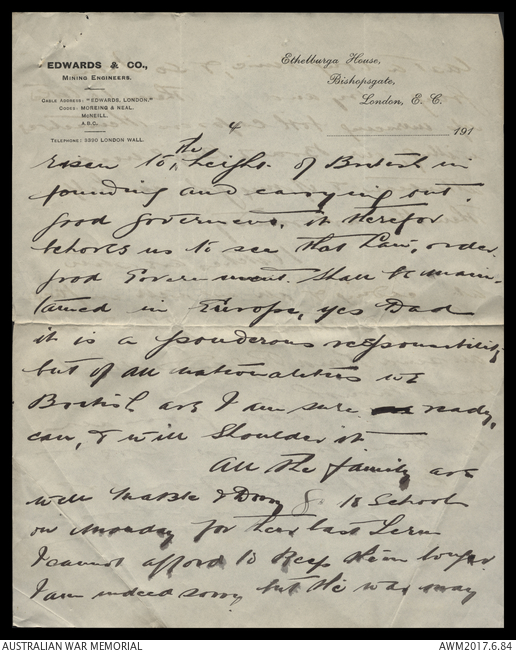 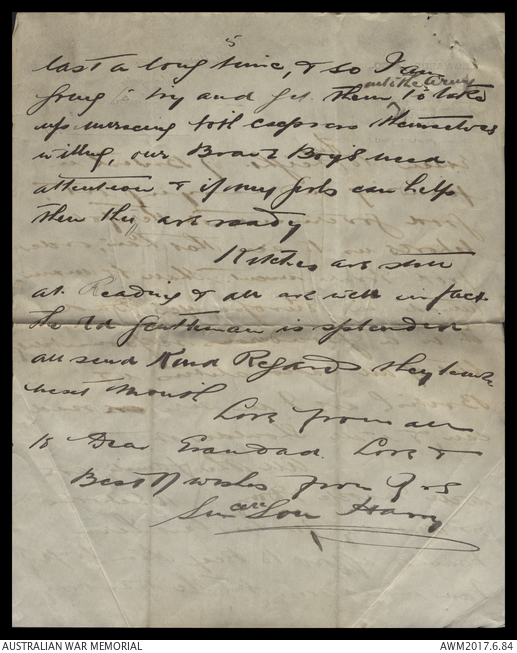 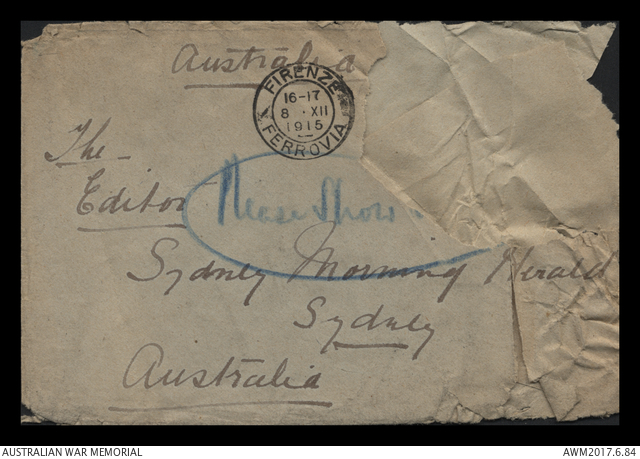 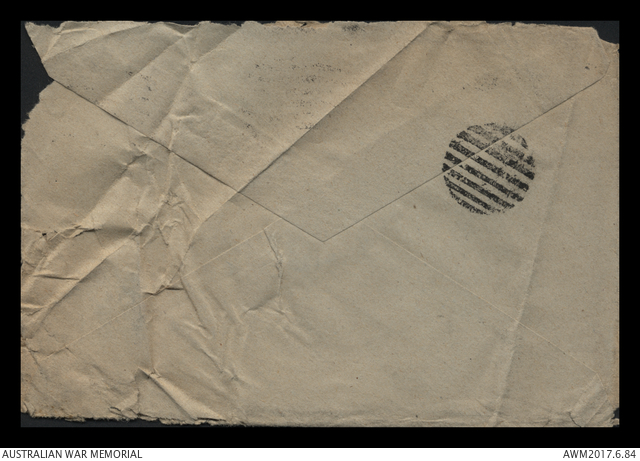 Two letters from 'Harry' to his father. The first letter, dated 4 September 1914, London; gives an account of the opening stages of the war from a civilian’s point of view with accounts of German actions filtering through as well as a belief in a quick victory for the allied forces. The second letter, 15 September 1914, London, Harry discusses ideas of a future with Britain keeping peace in Europe, predicts a poor outcome for the mining business and speak of the associated hardship. [Includes envelope]