Letter from [Grannly Correspondent] to the Sydney Morning Herald 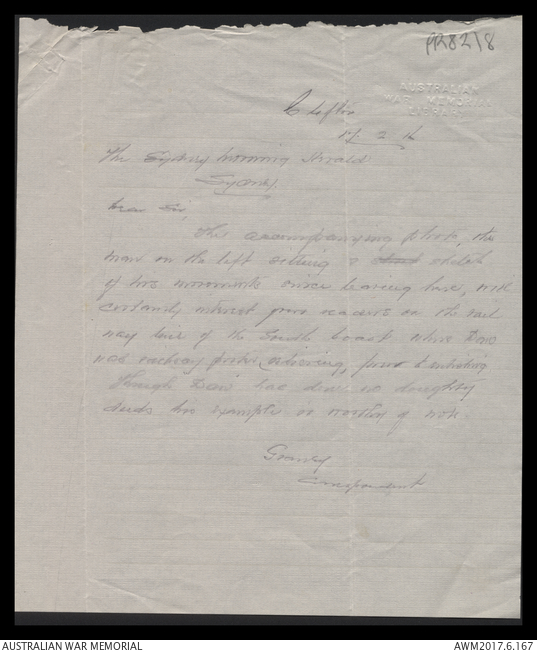 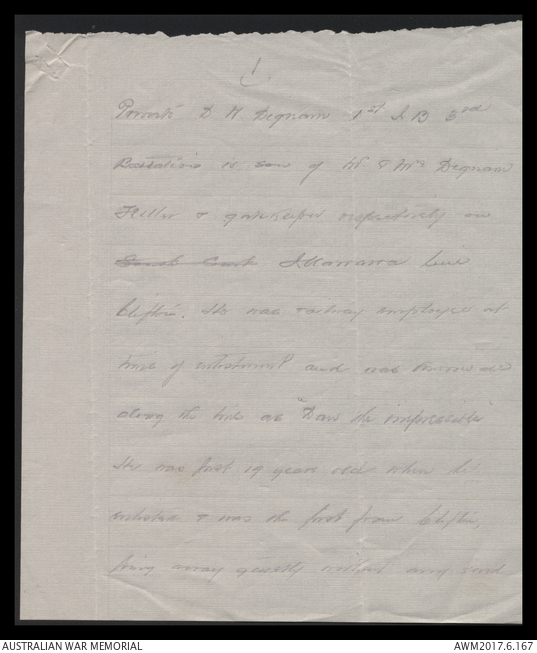 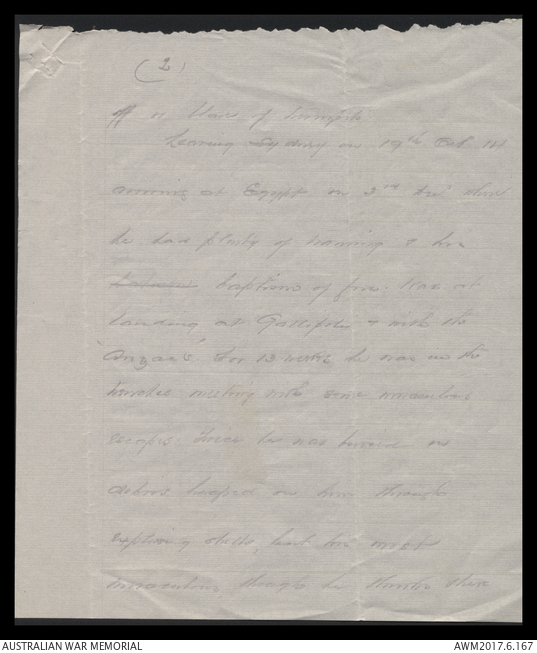 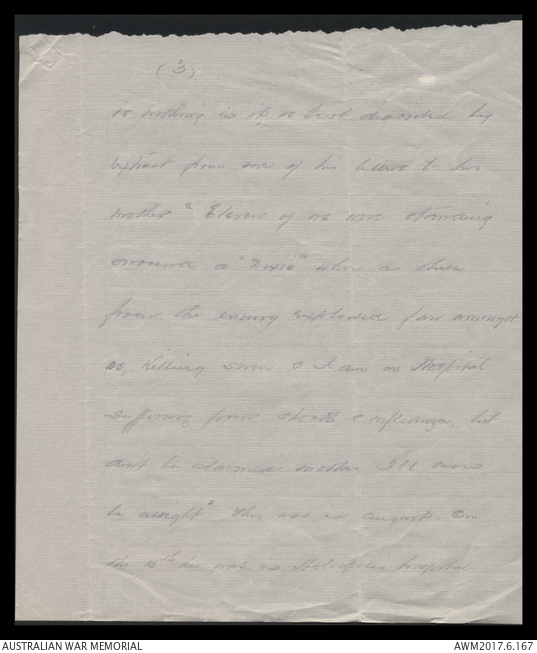 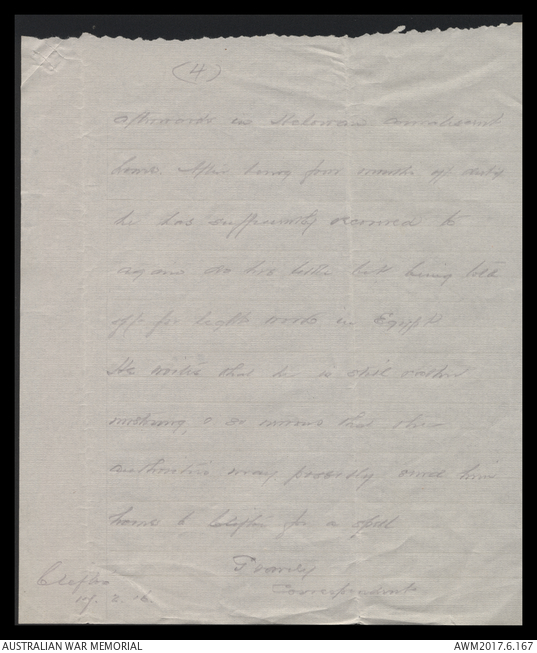 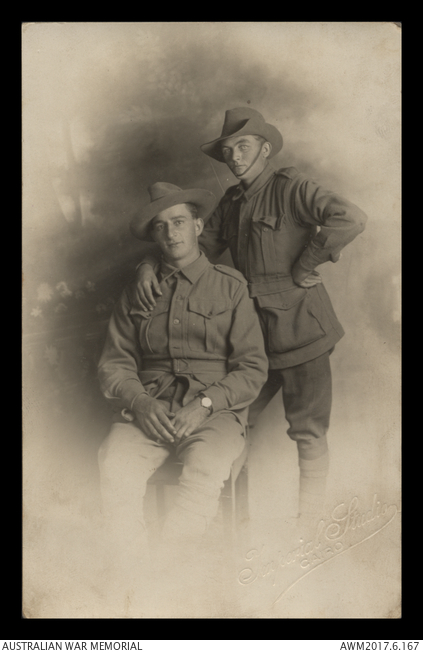 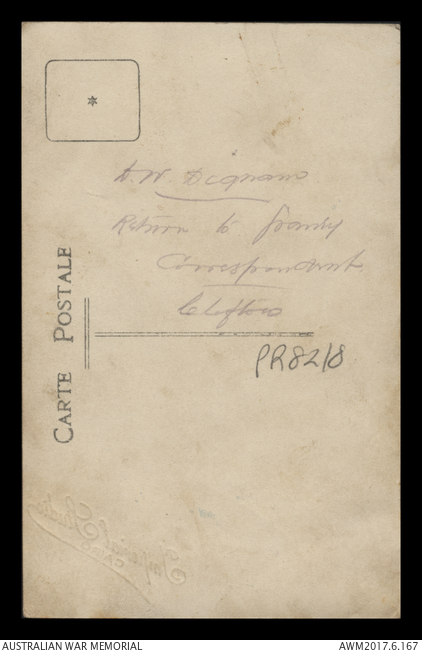 Letter from [Grannly Correspondent] to the Sydney Morning Herald, Clifton, 17 February 1916. The letter mentions and gives details about Private Daniel William Dignam. Attached to the letter is sheet of information on the character and exploits of Private Dignam during his service at Gallipoli. Also known as “Dan the irrepressible”, Private Dignham had been a gatekeeper with the railway prior to enlistment and was well known on the Illawarra line. Also attached is a photograph is of two soldiers in uniform, with Private Dignam being the man seated on the left.