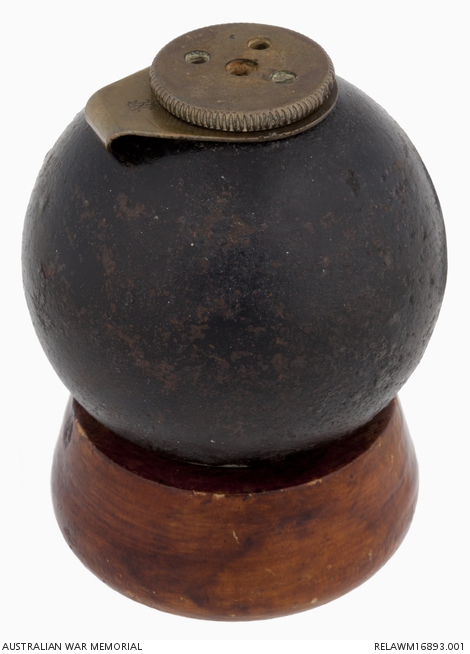 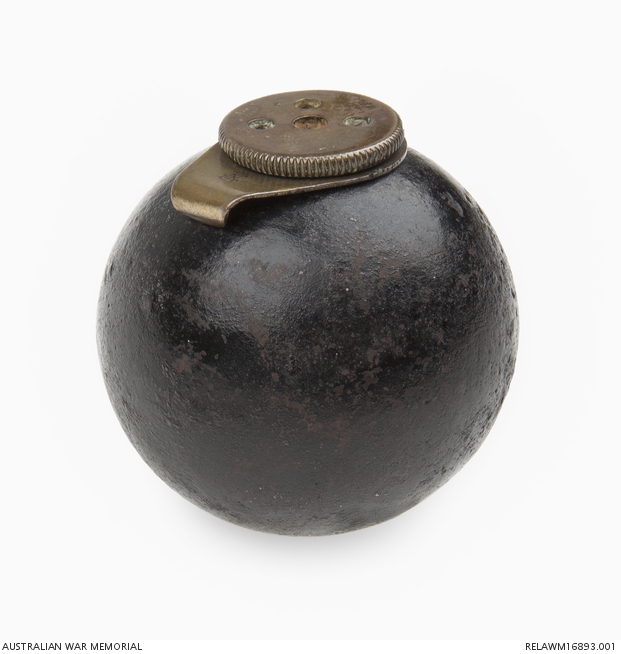 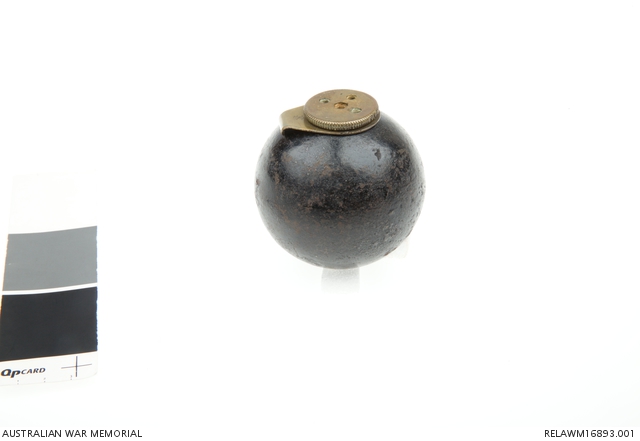 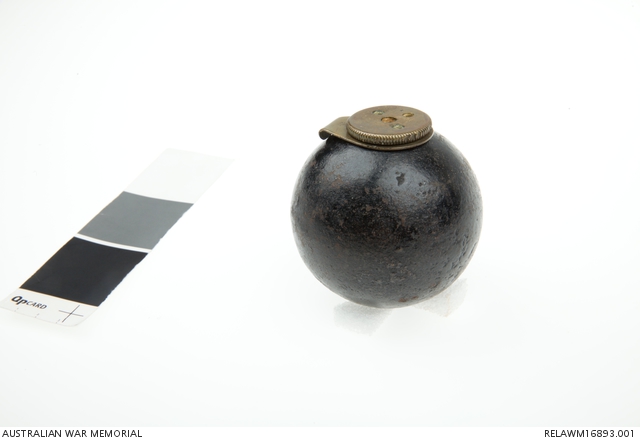 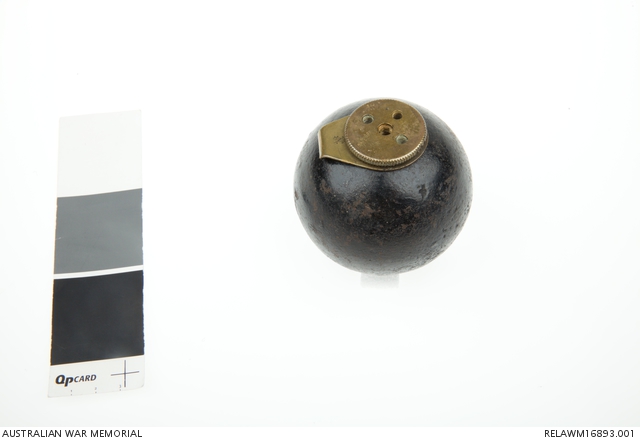 The static trench warfare which quickly came after the initial Australian and New Zealand landing at 'Z beach', later known as Anzac Cove, at dawn on 25 April 1915 saw the swift introduction of hand thrown grenades by both sides. The Turkish forces had a specifically made weapon, of which this particular relic is one, which due to its shape and size became known to the Anzacs as 'cricket ball bombs'. It wasn't until August 1915 when specially made hand grenades were provided to the Anzac and British forces fighting around the beachhead centred at Anzac Cove. Up until then, improvised 'jam tin bombs' were manufactured literally on the beaches of Anzac by Allied troops. These improvised weapons were not as reliable as the Turkish 'cricket ball bomb'. An example of an exploded Turkish cricket ball grenade can be found in the collection of the Australia War Memorial as RELAWM00408.

This 'cricket ball bomb' was collected at Quinn's Post by Captain Basil Spence Atkinson, M.C. of the 15th Battalion AIF and donated by him to the National Collection in the 1960's.

The Turkish 1914 model hand grenade, better known to the Australians as a ‘cricket ball’ grenade, was developed by Tufenidjieff, according to an August 1915 translation of a Turkish handbook by the Intelligence section of the Headquarters Unit, Australian and New Zealand Army Corps. Manufactured by the Kalafat Yeri Foundries at Constantinople, they formed an essential part of the Turkish Army’s capability.

The spherical bodies of these grenades were about 73 mm in circumference and made from cast iron, the body being divided into equal rectangles and dimpled on the insides to assist fragmentation. They were filled with 100 grams of TNT (described in the translation as ‘Bombiet’ by the Turks) and provided with a fuse protected by a copper tube; the fuse – 2 grams of fulminate of mercury - is lit by a friction material, described in the booklet as being similar to that “put outside the safety match boxes”. The fuse is capped on the exterior by a screwed bronze cover provided with a belt hook.

The handbook then describes the method of use: “The man holds his rifle with his left hand and the grenade with his right hand. He uncovers the fuse with his right hand; he rubs the fuse on the match sheet hung on the right or left of his chest, [and] throws it to the desired place. It explodes in 19 seconds as the pieces of the grenade are dispersed in a circular and upward direction, the thrower must find a cover if possible.”

The 19 second timing of this fuse explains the ability of Australians, often noted in accounts such as the battle of Lone Pine, to grab a Turkish grenade and hurl it back.