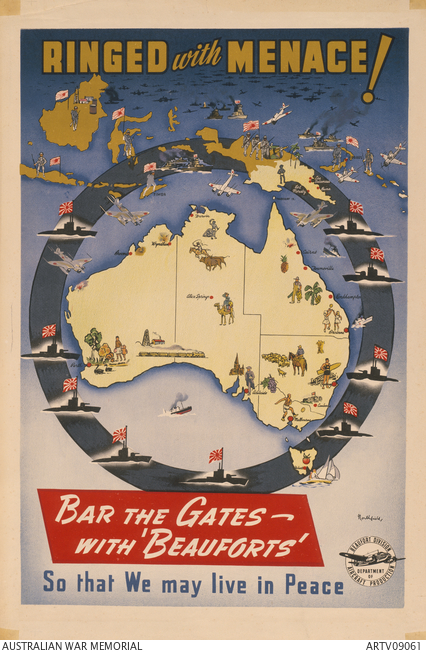 A poster produced for the Beaufort Division of the Department of Aircraft Production during the Second World War. The poster depicts a map of Australia ringed by threatening Japanese ships and aircraft. The islands of Netherlands East Indies are occupied by a Japanese Army and there are ships sinking off the coastline. The scenes within the map of Australia are of agricultural activities and sports, images of the 'Australian' way of life. The text below the image reads 'Bar the Gates with Beauforts so that we may live in Peace'.