Outdoor group portrait of the officers of the Royal Australian Naval College on the occasion of ... 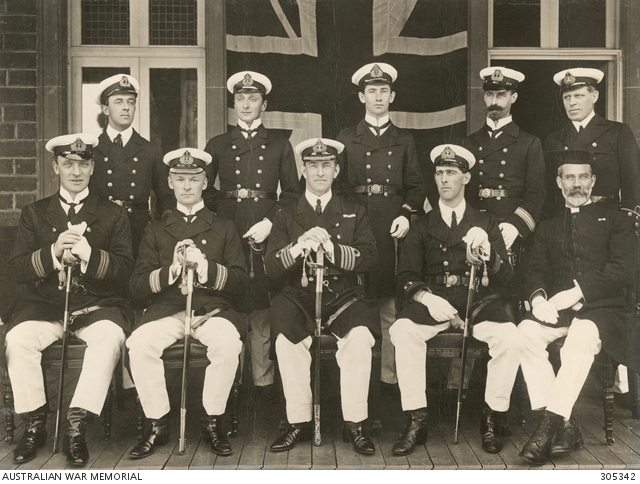